Estate agent says people who eat a £ 5 Greggs breakfast every day could save £ 8,400 towards a deposit in 5 years – but critics claim it’s ‘condescending’ and the ‘broken housing market’ is the issue

By Jessica Summers For Mailonline

An estate agent has come under fire for saying people who purchase a Greggs breakfast every morning are throwing away potential house deposit money.

DM & Co. Homes, based in the West Midlands, was slammed by furious TikTok users after a video explaining how a £ 5 spend every day racks up fo £ 8,400 over five years.

That alone would be enough for a five per cent depost on a £ 175,000 home, not taking into account other savings, but one critic of the video wrote that no matter how hard people save, they’re often priced out of a ‘broken’ system.

‘I agree with the premise that a little change can add up, but this kind of advice frustrates more than helps,’ one wrote. ‘The housing market is broken and telling people not to buy a coffee isnt going to change that’.

Megan Griffiths, property media creator for the DM & Co. Homes said: ‘Some users don’t really understand the point of the video or have the motivation to save. They don’t realize how much these things are and that it will add up over time.

It echoes comments made by TV presenter Kirstie Allsopp last month, who said that if young people give up life’s luxuries such as Netflix, gym memberships and coffee, move in with their parents to save money, and consider cheaper areas, then ‘everyone’ can afford to buy a property. 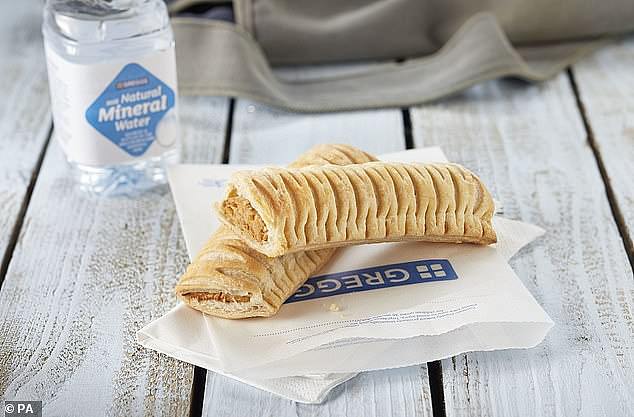 She claimed that those who spend £ 5 every day at Greggs could save £ 8,400 which could be put towards a deposit

The DM & Co. Homes video, which racked up over 150K views, reads’ You spend £ 5 at Greggs every morning

‘You could’ve added that to your deposit on a property’

Fuming TikTokers were quick to criticize the post, calling it ‘pointless’ and ‘condescending’. 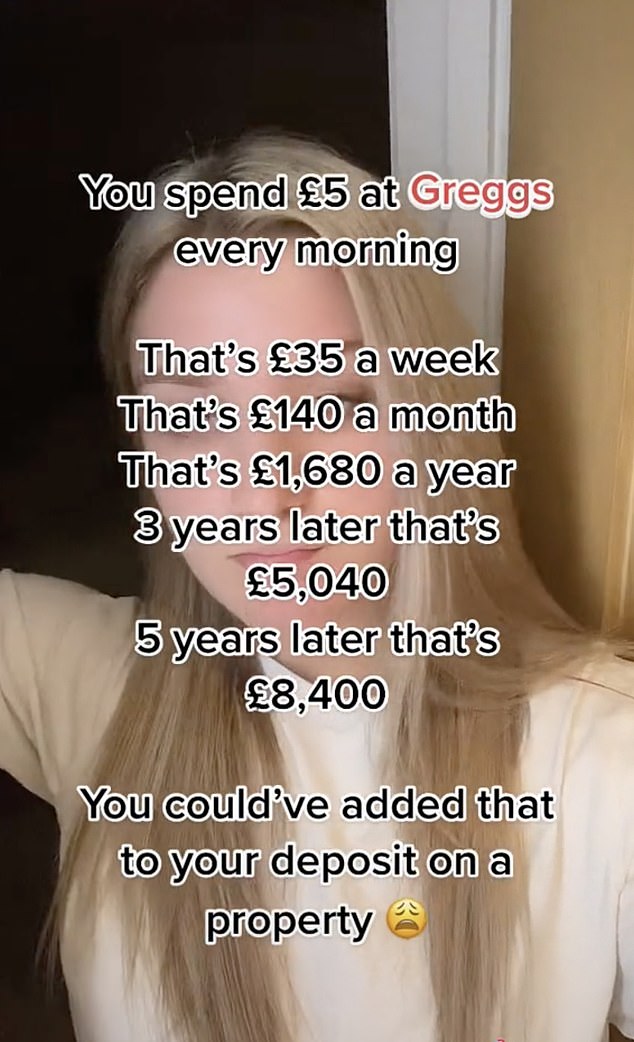 One said: ‘This is literally boomer mentality! Buying a sausage roll is not going to stop you from saving a deposit. Pointless video. ‘

Another said: ‘No one cares with your condescending sh ** e leave Greggs out of it.’

A third commented: ‘A warm breakfast every morning for eight years is worth more than a deposit on a property you’ll hardly see.’

Another commented: ‘Have you ever noticed how people use Greggs as an example every time they want to subtly target a certain demographic?’

Megan Griffiths, property media creator for the DM & Co. Homes said: ‘We’ve done a few videos like that and people love them.

‘It really makes first time buyers realize how much they can save.

‘People are always going to make comments but I don’t take notice.

‘House prices are only going aimed up and because TikTok is at a young audience it’s good to make them aware of how they can save.

‘If you stop spending money on these things you can save and get yourself on the property ladder.’