By Owen Tonks For Mailonline

Pregnant Lauren Goodger was glowing as she stepped out on Wednesday, after the newly-single star finally ‘drew a line’ on her stuttering relationship with on-off beau Charles Drury.

The television personality, 35, showed off her blossoming baby bump and incredibly peachy derriere in a pair of black leggings and a gray hoodie.

Enjoying some time away from her baby daughter Larose, former TOWIE cast member Lauren appeared in high spirits as she headed out solo.

Stepping out: Pregnant Lauren Goodger, 35, showed off her blossoming baby bump and incredibly peachy behind as she stepped out solo on Wednesday

Lauren carried a Louis Vuitton backpack full of belongings for her outing and carried her phone in her hand.

She wore lashings of make-up to highlight her bronzed tan and wore her hair partly up in a high pony. 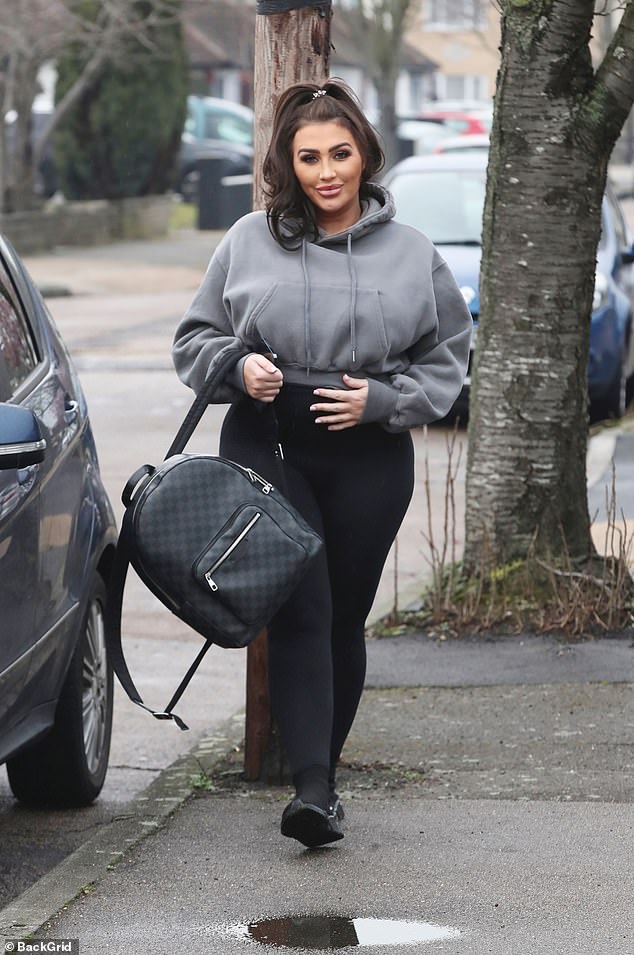 Keeping it casual: Former The Only Way Is Essex cast member Lauren wore black leggings and a gray hoodie and placed her hand on her growing bump 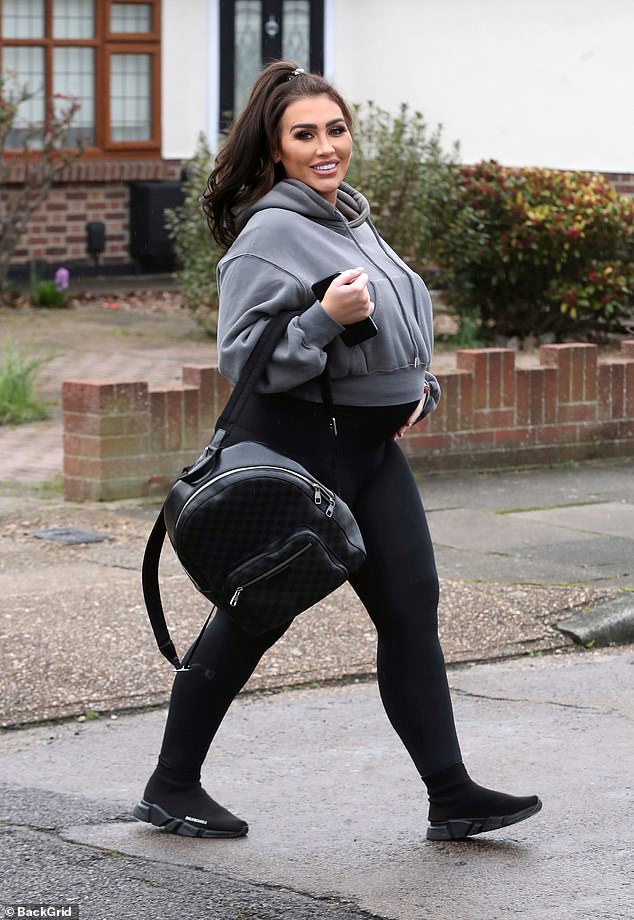 And, despite previously insisting she will not ‘get back together’ with ex-boyfriend Charles despite the former couple set to soon be raising two children together, this week it has been reported they are now sleeping under the same roof.

The former Dancing On Ice contestant had been in an on-off relationship with builder Charles, 24, since 2020, but they split last year. 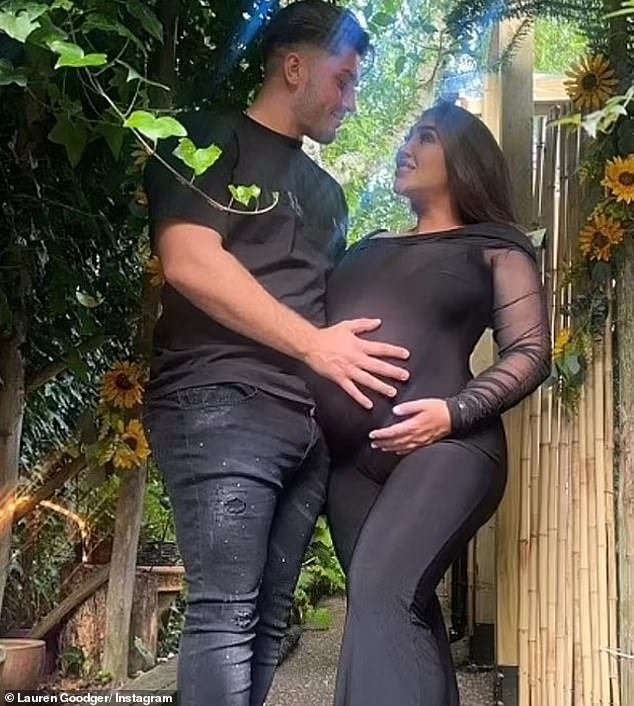 Stuttering romance: The reality star had been in an on-off relationship with builder Charles, 24, since 2020, but they split last year

A source told OK! magazine earlier this month: ‘Lauren and Charlie are co-parenting at weekends. Sometimes he’ll pop in during the week and see Larose, but there’s no way they’ll get back together now.

‘Too much has happened and Lauren doesn’t want to disrupt Larose’s life – that’s her priority.’

But, after Lauren and semi-professional footballer Charles were seen together at an event this month, it seems things are once again going better for the pair.

A source told new! magazine: ‘Lauren and Charles are continuing to co-parent their daughter. Charlie is there at the weekends and occasionally a night during the week to support Lauren and see Larose.

‘He stays over at Lauren’s house in Essex, as he’s currently living elsewhere – but they sleep in separate beds, of course.’

MailOnline has contacted a representative for Lauren for comment.

Lauren briefly split from Charles back in November 2021 and explained that ‘a lot went through [her] mind ‘, but ultimately she decided to go through with the pregnancy when he urged her not to have a termination.

She said previously: ‘A lot went through my mind which is why I’ve held out a bit longer until I’ve announced it. Charlie was like, “I really want this baby.” And I said, “So do I.”

‘I made the decision to go ahead with it and I’m so glad I did. We had that little break [in November] and he came back and was like, “You’re not having a termination – I want this family.” ‘

She added: ‘I knew deep down I was going to go ahead with it, but I was scared. I’ve got to think of Larose too.

‘But if I had a big gap between children, I’d get myself sorted, Larose in a good routine and then I’m back to square one. I might as well do it now when I’m in new baby mode. ‘ 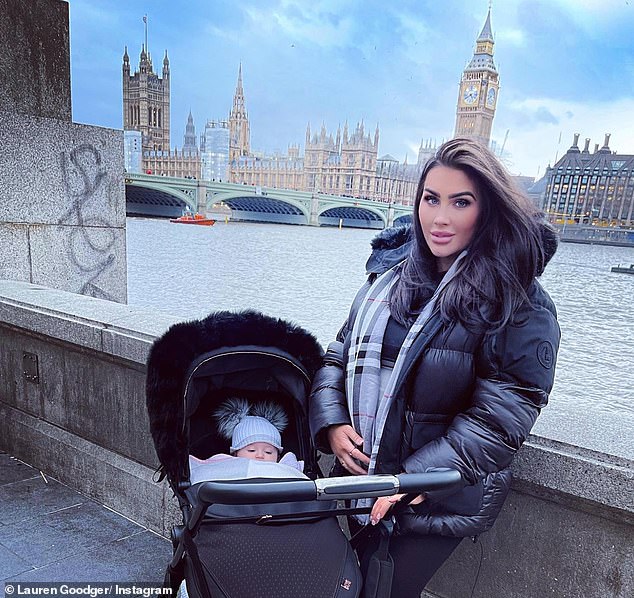 Not happening: Lauren has previously insisted she will not ‘get back together’ with ex-boyfriend Charles, despite the former couple soon set to be raising two children together