Kanye West has been temporarily suspended from Instagram after he used his account to attack his ex-wife, Kim Kardashian, and her boyfriend, Pete Davidson.

A spokesperson for Meta, the company that owns the social media platform, told TMZ that the rapper’s posts violated their policies on hate speech, harassment and bullying.

West, who has now legally changed his name to Ye, posted Wednesday that he was ‘really concerned’ Davidson would get Kardashian ‘hooked on drugs’ and demanded the comedian ‘apologize to your family for being in your family.’

The rapper also took aim at talk show host Trevor Noah who weighed in on Kanye’s feud in the latest episode of The Daily Show, warning that the online fight between the former couple could get violent and was ‘terrifying to watch’.

In response, West posted images of Noah to his account with a caption that read in part: ‘All in together now … K ** n baya my lord k ** n baya.’ The racist post appears to have been removed.

Kanye West (pictured in Los Angeles on Sunday) has been temporarily suspended from his Instagram after he used his account to attack Kim Kardashian, Pete Davidson and Trevor Noah 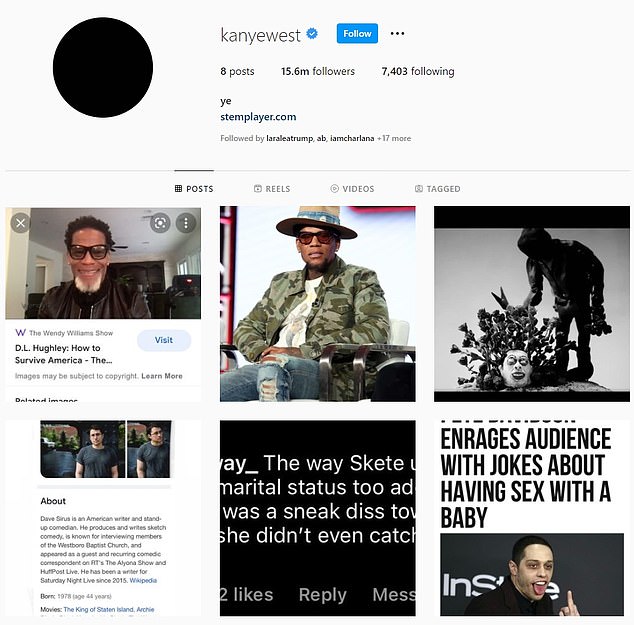 The rapper’s account was suspended for 24 hours after he made several posts targeting his ex and her boyfriend. He also posted a racist message criticizing Noah, which has been removed 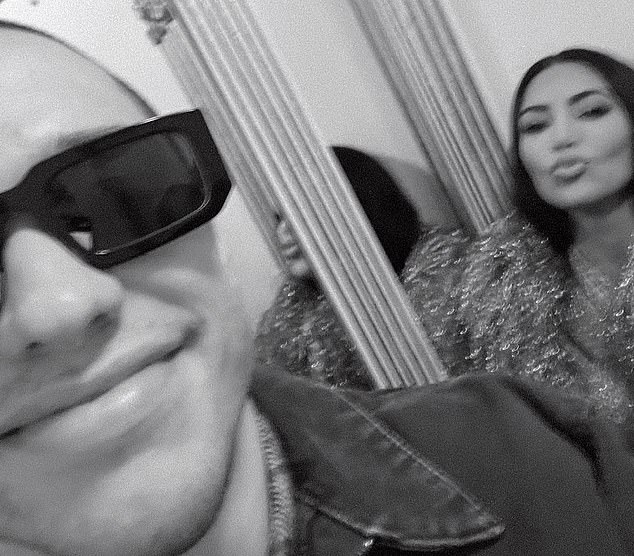 West, 44, has been taking shots at Davidson for months. In February he included a disturbing depiction of the comedian being kidnapped and buried alive in the music video for his song ‘Eazy’.

The rapper’s antics continued early Wednesday morning when he posted a screenshot of a 2019 headline which read ‘Pete Davidson enrages audience with jokes about having sex with a baby,’ presenting it as further evidence the comedian shouldn’t be allowed near his children.

‘Yet another reason why SKETE gotta stay away from my children,’ Kanye captioned the image, further alleging that Pete had ‘a mental breakdown’ recently over their feud.

‘Oh and nobody noticed that he ain’t show up to SNL Because Mr. I can help you with meds had a mental breakdown after we ran him off the internet SKETE you not built for this I already blacked the Super Bowl out on you Apologize to your family for being in your family. ‘ 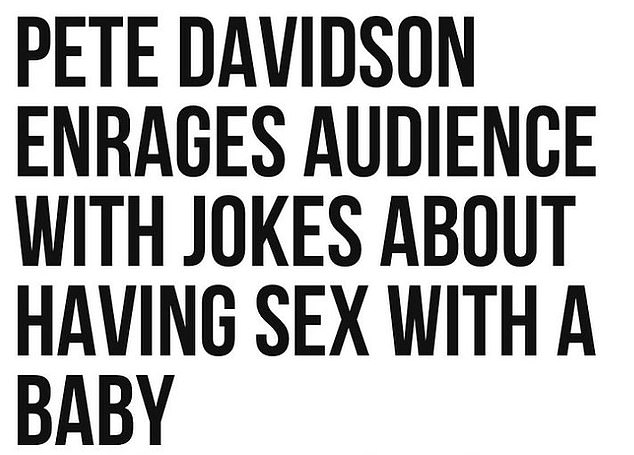 West posted a screenshot of a 2019 headline which read ‘Pete Davidson enrages audience with jokes about having sex with a baby,’ presenting it as further evidence the comedian shouldn’t be allowed near his children 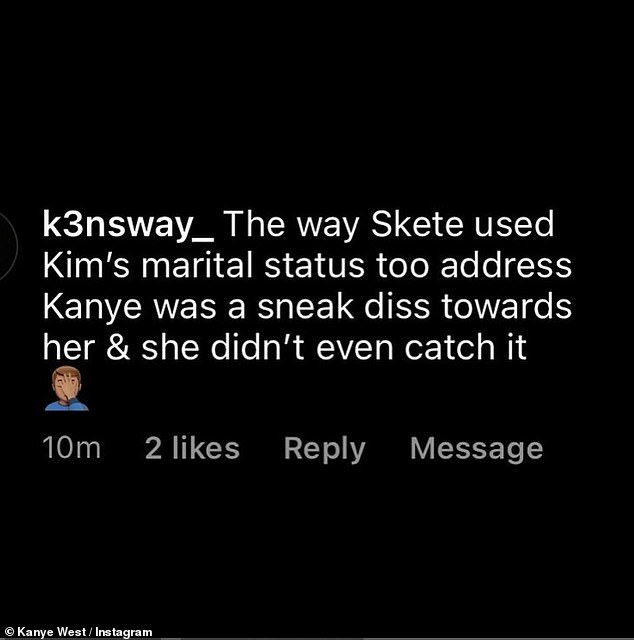 Minutes later he shared a screenshot of a tweet, writing: ‘Im really concerned that SKETE will get my kids mom hooked on drugs He’s in rehab every 2 months’

Minutes later he shared a screenshot of a tweet which read: ‘The way Skete used Kim’s marital status too address Kanye was a sneak diss towards her & she didn’t even catch it.’

‘Im really concerned that SKETE will get my kids mom hooked on drugs,’ West captioned the post. ‘He’s in rehab every 2 months.’

In the message thread, the comedian appeared to call Kardashian ‘the best mother I’ve ever met,’ before taunting her West with a photo of himself in bed, which he said showed him, ‘In bed with your wife.’

The Saturday Night Live star also urged his rival to meet him in person to discuss their differences, rather than airing their dirty laundry in public. 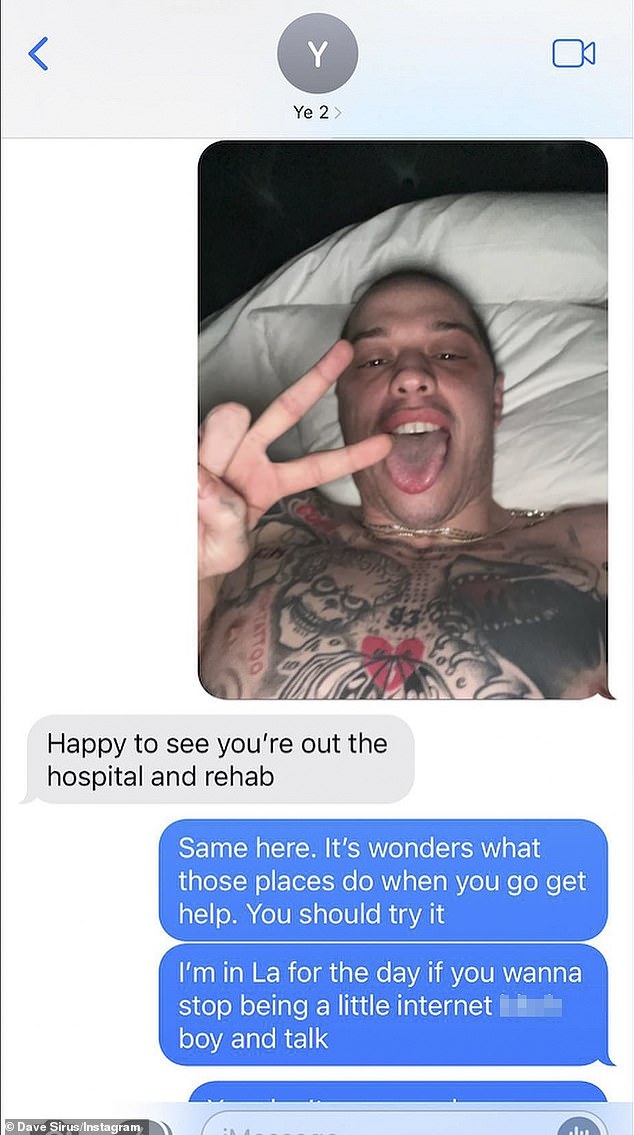 West’s attack on Noah came after the talk show host on Tuesday night accused the rapper of ‘harassing’ Kardashian.

He alleged that West’s recent actions may have started out as a ‘romantic’ attempt to win his wife back, but have become ‘belligerent’ over time.

‘Kanye has become more and more belligerent in how he tries to get Kim back. Like when it started, it was it was, you know, some would say romantic. “Oh, I want you back.” And, you know, here are roses, ‘Noah said on The Daily Show.

‘You’re trying to win somebody back. We understand that. But over time, it’s become more and more belligerent. ‘

‘He chops off Pete Davidson’s head,’ Noah stated. ‘And I mean, we all understand the subject like I wish this guy was dead, is what Kanye is saying.’

‘Now, Kanye, you know what I mean?’ the television personality questioned, before adding: ‘To be fair. Kanye says, “No, this is just art. I don’t actually want to hurt him. This is just art.” ‘

Noah also alleged that although Kardashian may be encouraging the war of words as publicity for her family’s new Hulu reality show, she is still being harassed by her ex. 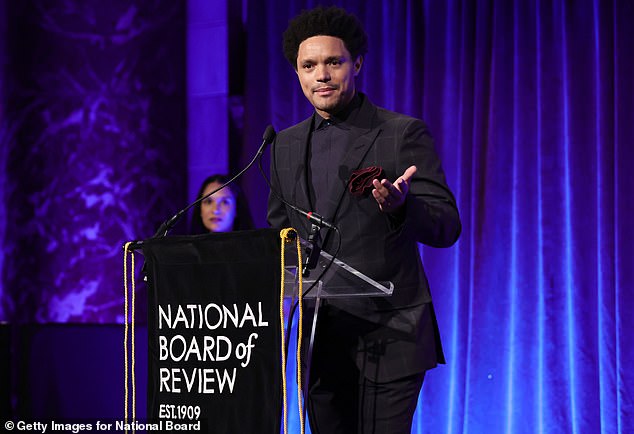 The rapper also took aim at take show host Trevor Noah who weighed in on Kanye’s feud in the latest episode of The Daily Show, warning that the fight could get violent 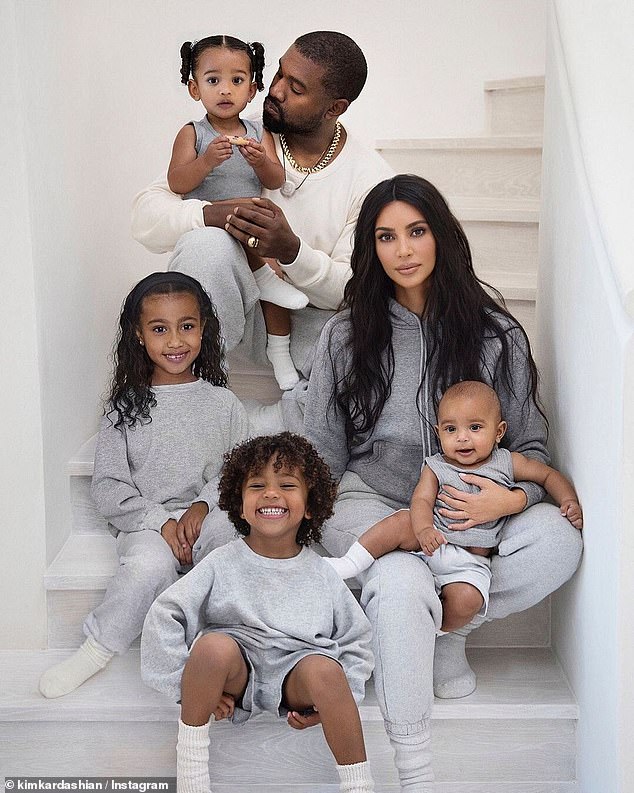 West’s remarks came after Noah alleged the rapper was harassing Kardashian. West and the reality star share four children together (pictured above)

Over the weekend, Kardashian hit back at West online, asking him to ‘stop with this narrative’ after he posted a photo of an alien pinned between himself and his ex on North’s backpack.

West, who accused Kardashian of ‘parental alienation’, shared a photo of the bag and wrote: ‘This is what was on my daughter’s back pack when I was’ allowed ‘to see her last week.’

But Kardashian took umbrage at the suggestion she was holding back from letting West see their children, responding in his comments: ‘Please stop with this narrative, you were just here this morning picking up the kids for school.’ 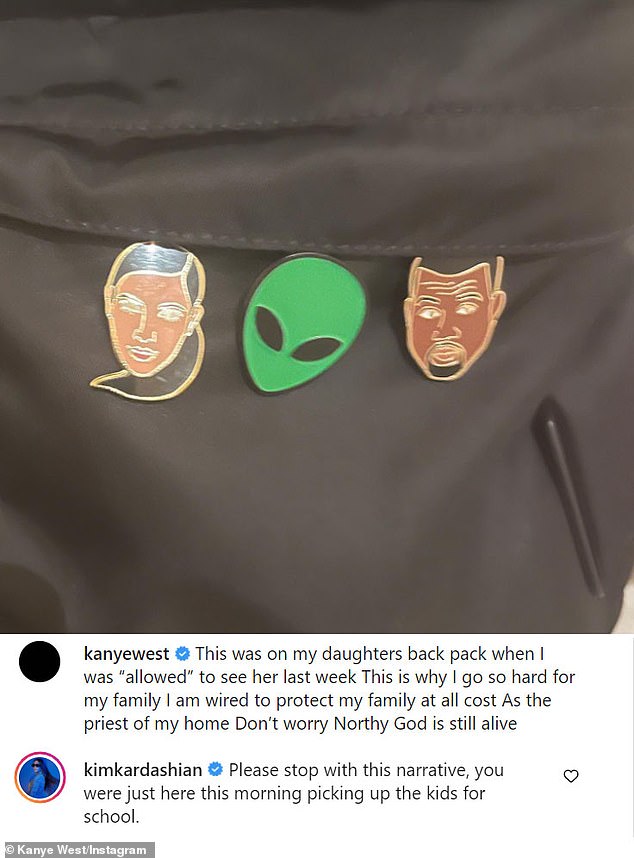 Kardashian hit back at West over the weekend on social media, asking him to ‘stop with this narrative’ after he posted a photo of an alien pinned between himself and his ex on North’s backpack

A judge agreed last month to declare the reality star legally single while other aspects of the couple’s divorce get resolved, including custody of their children.

On Tuesday, it was reported that West’s lawyer is ‘seeking to establish formal custody arrangements between the star and Kim’ as they continue to fight over the care of their children.

As of now, Kardashian is allowing West to spend time with the children whenever he is in town and wants to, as long as they’re not already busy.