Prince Harry will ‘go out of his way’ to not criticize the Queen in his upcoming bombshell memoir, Meghan Markle’s friend Omid Scobie has claimed.

The Duke of Sussex, 37, is set to publicly spill all on his relationship with his estranged family in an explosive £ 14.7million ($ 20million) memoir due to be published later this year.

The Finding Freedom author has said Harry, who is currently living in his $ 14 million mansion in California having stepped back from royal duty, ‘really wants to celebrate her life and his relationship with her in that book.’

It comes after friends of the Duke warned his no-holds barred book will lay bare his true feelings towards his step-mother Camilla and is likely to ‘shake the monarchy to its core’.

Prince Harry will ‘go out of his way’ to not criticize the Queen in his upcoming bombshell memoir, Meghan Markle’s friend Omid Scobie has claimed

Speaking on the Royally Obsessed podcast, Omid said the book will celebrate the life and reign of Her Majesty.

He said: ‘Harry really is going out of his way to make sure that there isn’t material in there [the book] that can be seen as negative towards the Queen or her reign in any way whatsoever.

‘He really wants to celebrate her life and his relationship with her in that book.

‘I think as much as the press want this to be a burn book and an attack on the institution, this is more just about his story. 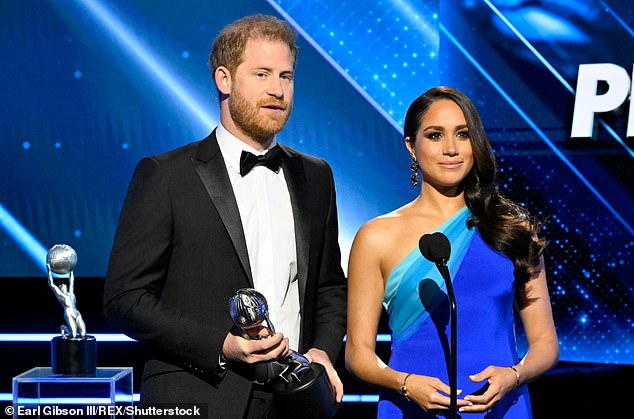 Speaking on the Royally Obsessed podcast, Omid said the book will celebrate the life and reign of Her Majesty (pictured with Meghan)

‘Of course, his story is so much more than just the few years of his life as the Duke of Sussex.

‘I think for people expecting that warts and all moment, it’s not going to happen. That said, it’s still going to be fascinating. ‘

The Royal Family has been left deeply concerned by Harry’s decision to secretly collaborate with Pulitzer-winning ghostwriter JR Moehringer on what his publishers described as ‘the definitive account of the experiences, adventures, losses, and life lessons that have helped shape him’.

The Queen, Prince Charles and Prince William are said to have been completely blindsided by Harry’s shock announcement that he has been secretly working on his as yet untitled memoirs for more than a year now. 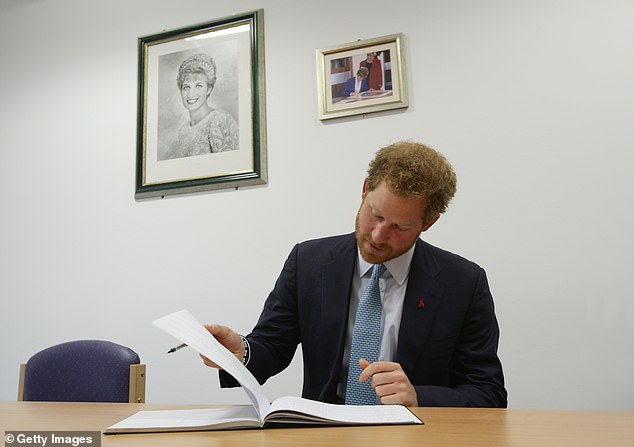 The Duke of Sussex is set to publicly spill all on his relationship with his estranged family in an explosive £ 14.7million ($ 20million) secret memoir due to be published later this year

Royal experts had previously warned that the potentially explosive book could burn further bridges with the distant Duke and The Firm.

And sources close to the Duke of Sussex fired a warning shot this month that is likely to send chills through the Royal Family as news of Harry’s potentially explosive memoirs reappeared.

His friends told the Mirror: ‘If they think he’s gone soft, they are mistaken. Just wait for the book to come out because that will shake the monarchy to the core. ‘

Prince Harry had come under fire last month for seemingly ignoring the fact Camilla was bestowed the ultimate blessing by Her Majesty and will become Queen Consort. 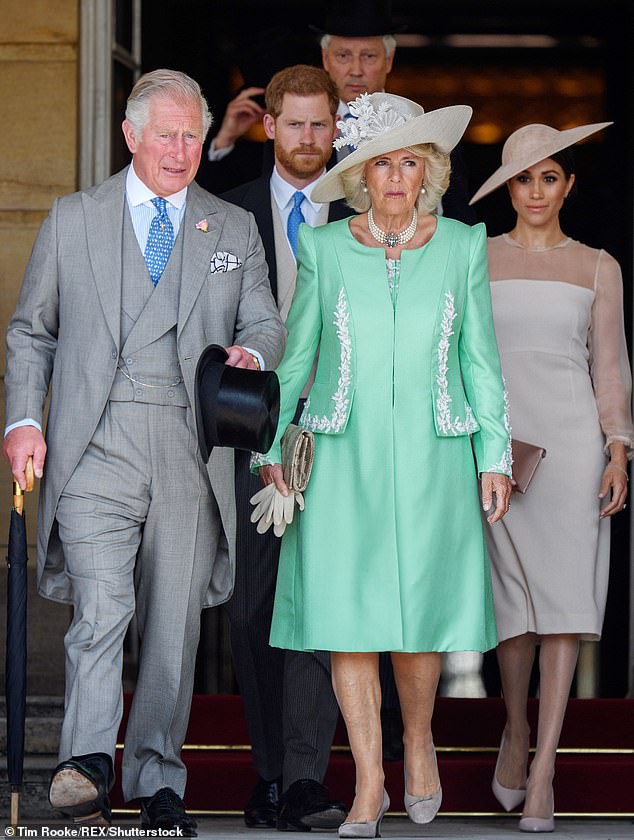 Initially, the prince did not make any public announcement, but breaking his silence four days later from his Californian mansion, he paid lavish tribute to his mother Diana’s work on Aids and HIV.

Source close to the prince say his recent silence ‘speaks volumes’ and they allege Harry still shares a frosty relationship with his stepmother.

Harry’s book, due to be published by Random House in late 2022, will likely tackle the brothers’ frosty relationship with the Duchess of Cornwall, who last week was confirmed as the future Queen Consort.

Friends of the Duke explained to the Mirror: ‘Although tensions have eased between the two of them over the years, it was more for a show of unity than a close relationship. 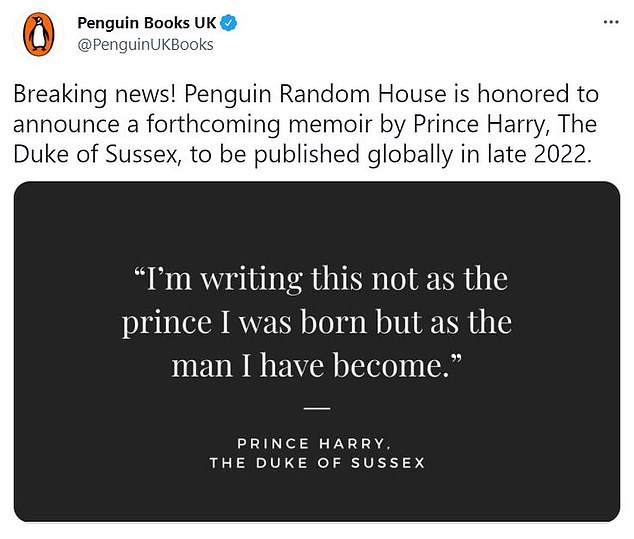 The first draft of the manuscript, currently untitled, is said to be almost completely written and is due to be submitted in October

‘There were big problems at the start but as Harry and his brother William aged and matured, things got better and they can now co-exist as adults. They were never close with her and they still aren’t. ‘

It comes as The Mail on Sunday revealed Camilla would be crowned side-by-side with Charles in a slimmed-down Coronation celebration when the time comes.

The Prince of Wales has already let it be known that he favors a leaner monarchy and his Coronation service – whenever it comes – is expected to set the tone for his reign.

Last month the Queen declared it was her ‘sincere wish’ that Camilla would be known as Queen Consort when, ‘in the fullness of time’, her son becomes King. 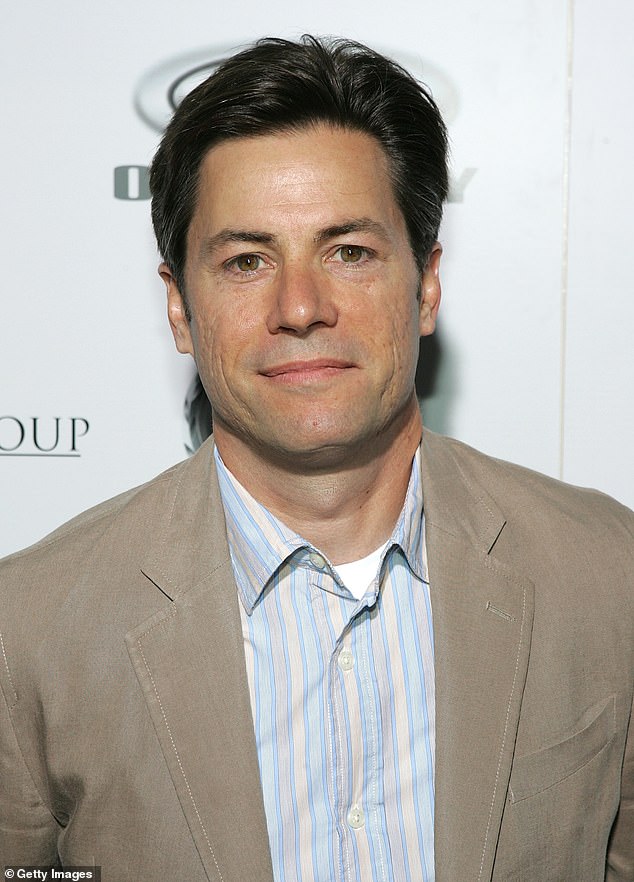 Prince Harry has been working with Pulitzer-winning ghostwriter JR Moehringer 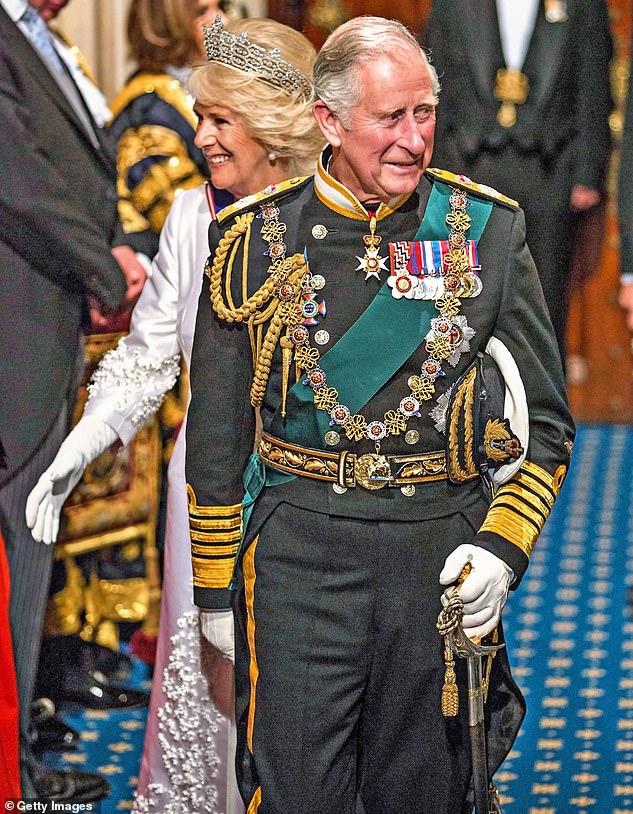 The Sussexes’ radio silence on Camilla’s announcement came despite a source claiming Harry had extended an olive branch to his father last month in a bid to heal their rift ahead of the Queen’s celebrations.

He is expected to return to the UK for the Platinum Jubilee, which will see the country enjoy a four day bank holiday from June 2 to 5.

It is not known if Meghan Markle, 40, and their children Archie, two, and eight-month-old Lilibet, will be joining him. But royal aides are said to be concerned the memoir will be a one-sided account of the prince’s experiences of him.

And in further comments that are likely to concern the Palace, Harry’s friends added: ‘He has got lots to say. People think he’s keeping a low profile to respect the family but it’s not that.

‘He’s writing a book. He’s got a multi-million-pound book deal and he’s keeping a lot of his opinions di lui for that. The memoir deal states that it should include personal details of personal and family arrangements.

‘And it will be a really intimate take on his feelings about his family and what has gone in the breakdown of the relationship.’

The memoir is expected to explore Harry’s childhood, his time in the military and his marriage to American-born former actress Meghan.

At the time the book was announced last summer, Harry said of the memoir, to be published by Penguin Random House, will be written ‘not as the prince’ he was, but as the man he has ‘become’.

He said, ‘I’m writing this not as the prince I was born but as the man I have become.

‘I’ve worn many hats over the years, both literally and figuratively, and my hope is that in telling my story – the highs and lows, the mistakes, the lessons learned – I can help show that no matter where we come from, we have more in common than we think.

‘I’m deeply grateful for the opportunity to share what I’ve learned over the course of my life so far and excited for people to read a first hand account of my life that’s accurate and wholly truthful.’

MailOnline approached representatives of Prince Harry for comment but has not yet received a response.

‘How can Harry build any bridges doing this?’: Royal expert Robert Jobson says Prince’s ‘hugely damaging’ Megxit memoir will cause ‘mayhem’ in his family and deepen rifts with Charles and William

Prince Harry’s explosive memoir about the royal family will only ‘further damage’ his relationship with his brother and father, an expert has claimed.

The Duke of Sussex, 36, has been secretly working on a book for nearly a year which he has since sold to Penguin Random House.

It will tell the story from his childhood growing up in palaces, to his time in Afghanistan and his decision to leave the royal family in 2020. Sources close to Prince Charles said Harry’s father was ‘surprised’ at the news and that the royals had not been warned that a book was in the offing until the news broke tonight.

Speaking to FEMAIL, royal expert Robert Jobson said the book will only ‘lead to conflict’ and will be ‘hugely damaging to the House of Windsor and Monarchy as an institution.

The author, who wrote bestseller ‘Prince Philip’s Century’, added that Harry is already ‘rich and famous’ and the book serves no purpose but to ’cause damage’.

‘As night follows day, this was always going to happen,’ he told FEMAIL.

‘It will become an international bestseller, but at what cost to the monarchy? There will be nowhere to hide ‘.

He also compared Harry to his great-grandfather’s brother Edward, who abdicated so he could marry American divorcee Wallis Simpson.

‘It is not the first time an’ exiled ‘senior royal has written a memoir, the former King Edward VIII wrote one.

‘His book’ A King’s Story: The Memoirs of HRH the Duke of Windsor, KG ‘was published to a media storm in the 50s. It caused a sensation.

‘But this is bound to cause mayhem amongst the House of Windsor.

‘If Harry, which seems inevitable, goes into detail about mental health issues involving his wife and alleged racism at the heart of the royal family, it will be hugely damaging to the House of Windsor and the Monarchy as an institution.

‘Harry is already hugely rich and famous so apart from damaging his family – which a book like this will inevitably do, I am not sure what he is trying to achieve. Whatever he says will lead to conflict.

‘No wonder there is a rift between the royal brothers and problems with his father.

‘How can any bridges be built when he is doing this?’