By Codie Bullen For Mailonline

Ferne McCann and her boyfriend Lorri Haines looked glam as they attended Billie Faiers and Greg’s Shepherd Gala for Haven House at Nobu Hotel in London on Thursday.

The former TOWIE star, 31, and Dubai based estate agent Lorri looked loved-up while attending the charitable fundraising event, which aims to raise much needed money for Haven House Children’s Hospice at the Nobu hotel.

The TV personality flaunted her incredible figure in a black mesh cut-out maxi dress which she teamed with a pair of black strappy heels.

The bronzed beauty looked radiant as she opted for a bronzed makeup palette which accentuated her natural features and she paired it with a red lip.

She wore her caramel locks pulled back into a chic high ponytail as she posed up a storm with her beau.

Meanwhile, Lorri dressed to impressed in a black tuxedo and shiny dress shoes as he flashed his dazzling white smile while showing his support for the cause.

Wow! The former TOWIE star flaunted her incredible figure in a black mesh cut-out maxi dress which she teamed with a pair of black strappy heels 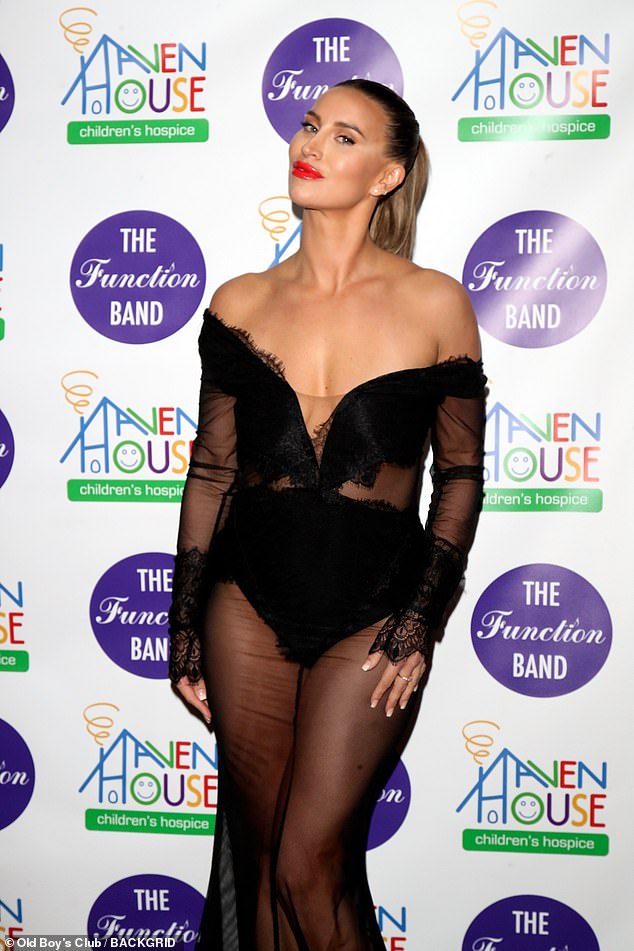 Incredible: The bronzed beauty looked sensational as she opted for a bronzed makeup palette and a red lip 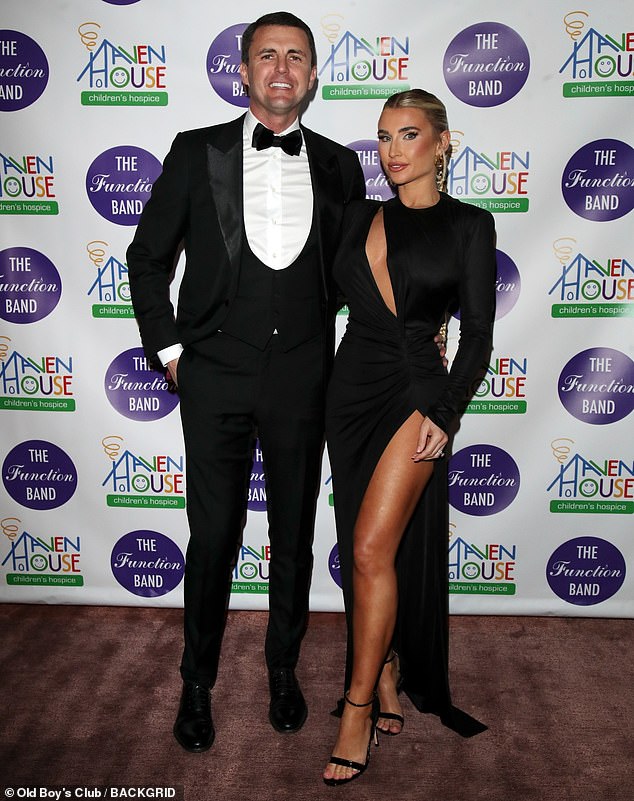 Night out: The chaos surrounding their dream home was put to one side on Thursday evening as Billie Faiers and Greg Shepard entertained guests at their Gala for Haven House

The First Time Mum star is now in a relationship with Dubai based estate agent Lorri Haines and has said she would ‘genuinely marry’ him after a string of failed romances.

The couple went public with their hot new romance last month during a holiday to the UAE.

Ferne recently revealed she has finally found the one as she admitted that she would ‘genuinely marry’ Lorri after a string of failed romances. 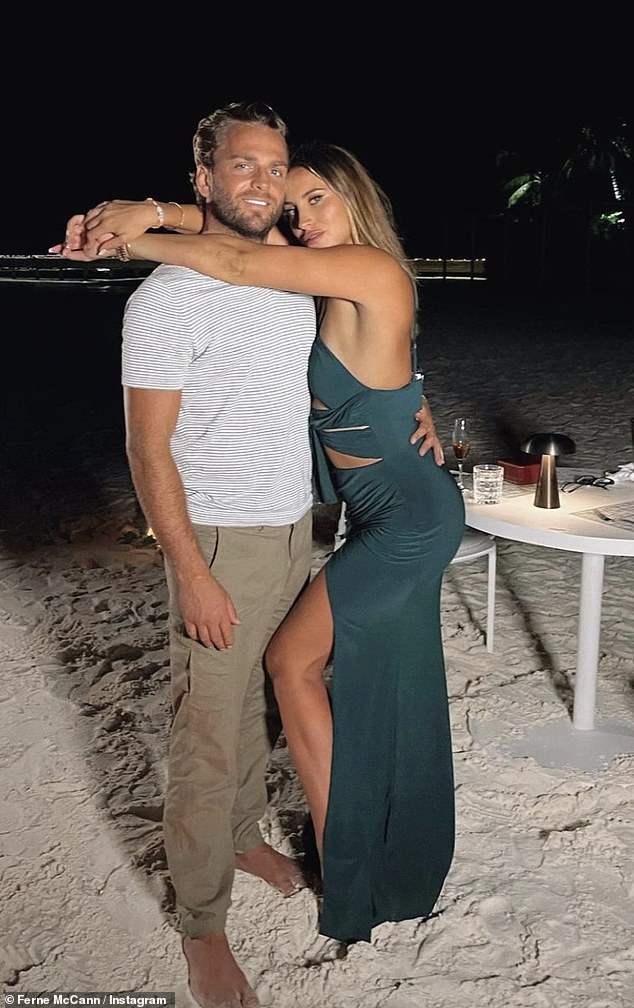 Couple: ‘I can’t wait to extend my family and for Sunday to have siblings’: Ferne McCann, 31, has revealed that she would ‘marry’ her boyfriend Lorri Haines

Speaking to The Sun, Ferne, who is mother to daughter Sunday, four, with jailed ex Arthur Collins, also told how she has learned from her ‘mistakes’ and would like to expand her brood with Lorrie in the future.

The star confessed that she is ready to spend the rest of her life with Lorri and ‘can’t wait’ to extend her family, just weeks after he was pictured sniffing suspicious white powder.

Ferne gushed: ‘I have met someone that I can see the rest of my future with. I can’t wait to extend my family and for Sunday to have siblings. ‘

‘I have never thought about it until now because I have met someone now that I would genuinely marry.’ 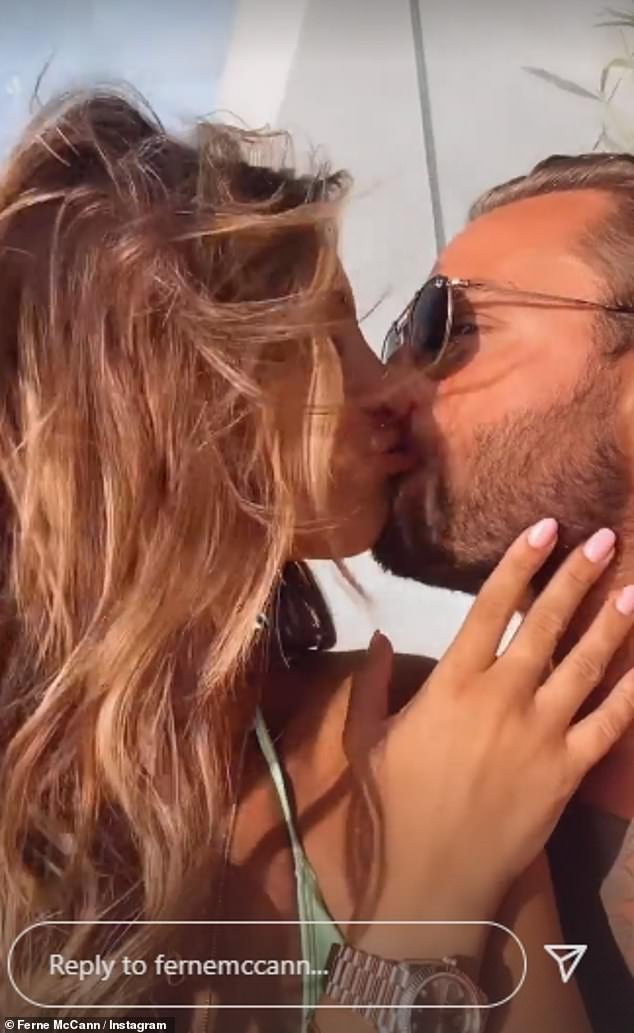 Loved-up: The former TOWIE star and the Dubai based estate agent went public with their hot new romance last month during holiday to the UAE