Gemma Collins is reportedly in talks to join the cast of Chicago: The Musical.

The former TOWIE star, 41, is being lined up to replace American singer Sinitta, who currently plays the show’s fierce Mama Morton, according to The Sun.

Sources told the publication that Gemma, known as ‘The GC’, hopes the deal will be signed in the next week as there are still ‘issues to be ironed out’.

New venture: Gemma Collins is reportedly in talks to join the cast of Chicago: The Musical as Mama Morton

One source said: ‘Gemma has been in secret talks about playing Mama Morton for some time and is very excited about the opportunity.’

Another theater source described Gemma as a ‘natural fit’ for the role, adding: ‘As fans of Gemma will know, she has a fantastic voice.’

A source close to Gemma told The Sun that a deal with Chicago had not been finalized. 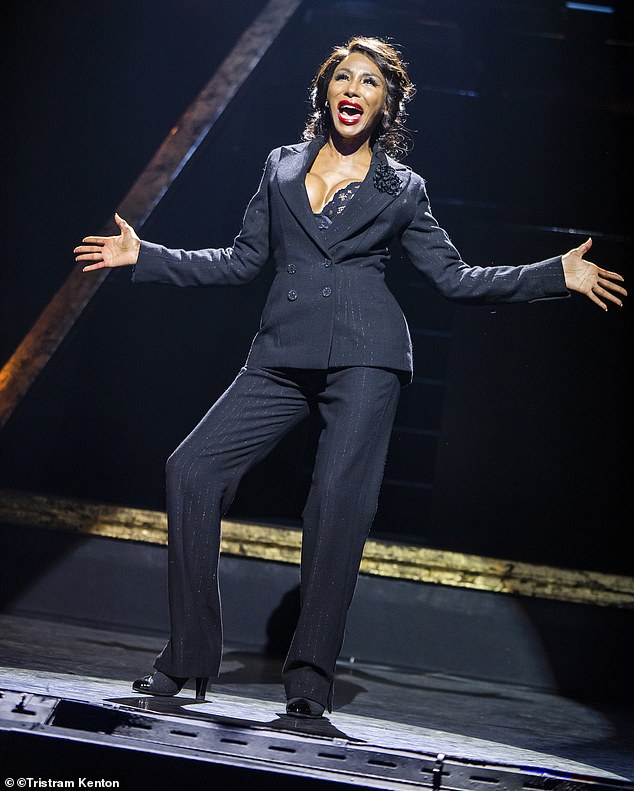 Plans: The former TOWIE star, 41, is being lined up to replace American singer Sinitta (pictured), who currently plays the show’s fierce Mama Morton, according to reports

The reality TV star is already taking to the stage for her show The GC’s Big Night Out next month in a seven-date UK tour.

She has previously flaunted her singing talents after she landed a record deal with Universal in August 2020, eight months after she blew the Spice Girls’ Geri Horner away with her performance on BBC’s All Together Now.

In November, she sang to support Sophie-Ellis Bextor’s Kitchen Disco Danceathon in aid of Children In Need, while she has also performed with pianist Peter J. Adamson at London’s Dorchester Hotel.

She had been planning to work with Naughty Boy but the musician pulled the plug on the project in 2020, saying he had other ‘priorities’ but wished her ‘all the best’.

In 2019, Gemma said she had been getting singing lessons whenever she could fit them in, including in her car, ahead of releasing the ‘summer banger’.

Her reported plans to take to the stage come after she referred to her fiancé Rami Hawash, 46, as her ‘forever love’ in an Instagram post of the pair attending Simply Red at the 02.

The couple have known each other for ten years, after previously dating in 2011.

Gemma reunited with Rami during lockdown, seven years after breaking off their original engagement.

They got engaged with Rami proposing by hiding a diamond ring in a Christmas pudding. 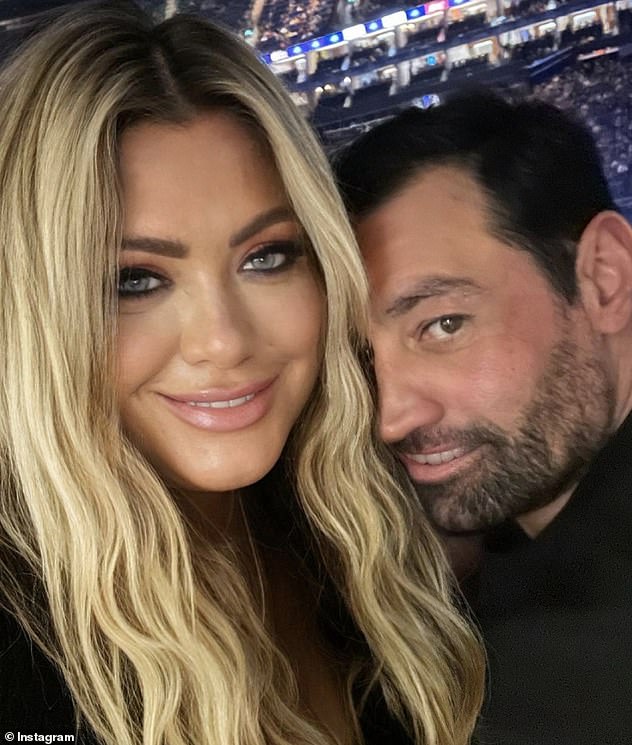 Forever: It comes after Gemma recently referred to her fiancé Rami Hawash, 46, as her ‘forever love’ in an Instagram post of the pair attending Simply Red at the 02

Previously, Gemma dated TOWIE star James Argent, with the pair having an on -off relationship for years.

The couple finally called time on their rocky relationship in 2020, before Gemma’s reconciliation with Rami.

Elsewhere, Gemma detailed her battle with self harm in a Channel 4 documentary Gemma Collins: Self Harm and Me last month.

In the documentary, the TV star reveals her fiancé caught her cutting herself 10 years ago, and sit to discuss this moment and the impact it had on them.

She explains: ‘It was never about you, it was never about any of that. It was to do with me, obviously I was going through something and the only way I could relieve the pressure was to cut myself. 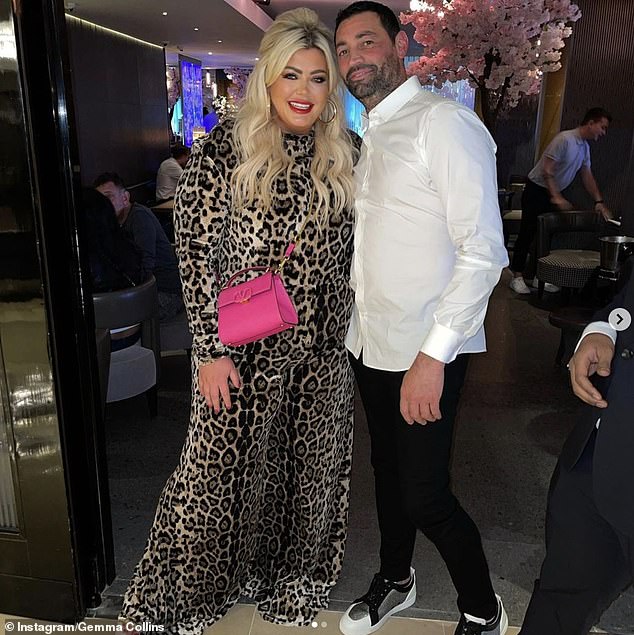 Sweet: Gemma reunited with Rami during lockdown, seven years after breaking off their original engagement

‘I never wanted to kill myself, that never went through my head. It was like a coping mechanism for me.

‘So you know, when I just obviously, suddenly got famous and then people were coming up to me every five minutes. The pressure, the build-up, I couldn’t express myself properly. ‘

Gemma also reveals to Rami that she fears returning to self-harm as they look to the future and the possibility of having a family.

Looking back on her history of self-harm, which she struggled with for two decades, Gemma says: ‘I don’t know why I self-harmed, I don’t know where it came from. I don’t understand it. 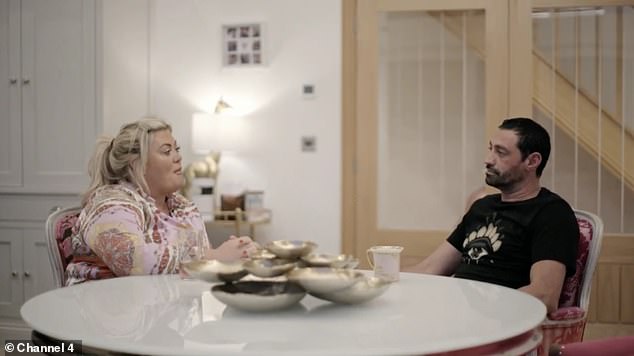 Honest: Elsewhere, Gemma detailed her battle with self harm in a Channel 4 documentary Gemma Collins: Self Harm and Me

‘This is why I’m making this documentary, I want to finally put it to bed… It’s going to be really tough at times, but I am ready to find out why I did it.’

She adds: ‘The public don’t know Gemma, they know’ The GC ‘. Everyone sees me as this strong character. I’m actually a very soft, sensitive person, very few people get to see that side of me.

‘I first self-harmed when I was at school. It was just something I did in private for 20 years. I haven’t cut myself since my early 30s…

‘After my 30s I think I went onto a different sort of harm with bad partners, bad relationships with food, it’s all different types of self-harm.’

For support on dealing with self-harm see mind.org.uk/selfharm or call Mind’s confidential Infoline on 0300 123 3393. 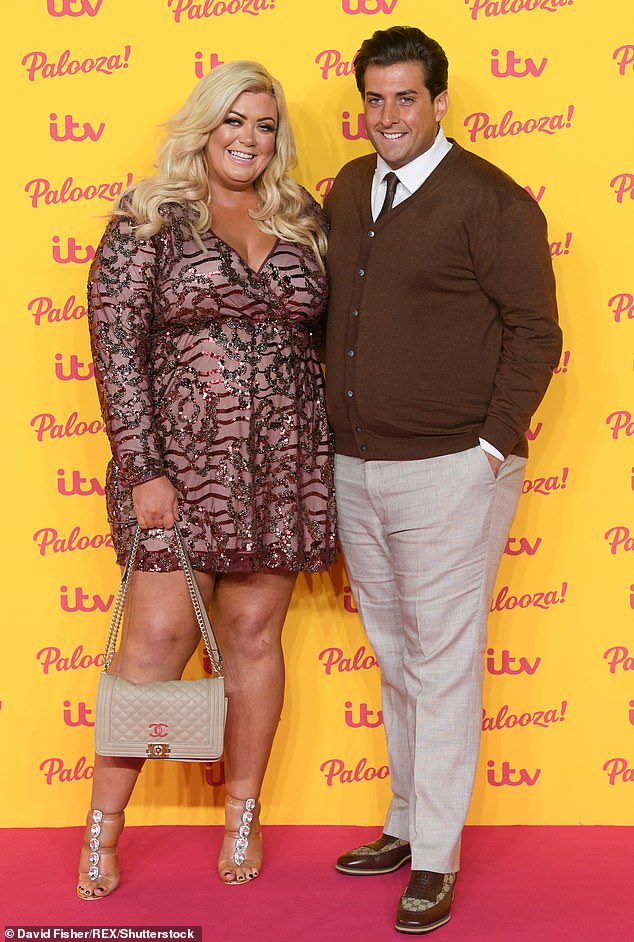 Exes: Previously, Gemma dated TOWIE star James Argent (pictured in October 2018), with the pair having an on -off relationship for years