Take off for the sun from closer to home: Handy direct holiday flights from local UK airports revealed

By Neil Simpson For The Mail On Sunday

Every week our Holiday Hero Neil Simpson takes an in-depth look at a brilliant holiday topic, doing all the legwork so you don’t have to. This week: The benefits of regional airports.

Local airports are back in business. Dozens of direct routes to the sun have now restarted from them, with many more flights due to begin again by Easter.

Travel firms such as Sovereign say demand is high for holidays that take advantage of airports across the UK.

‘If you don’t live near London, you can save time and money by flying from your local airport,’ says Sovereign’s head of sales, Simon Garrido. ‘Smaller airports are easier to navigate as well. It means passengers get to the plane faster on the way out and face less delay and queuing on their return. ‘

Better still, you don’t compromise on choice of holiday or price.

For example, Sovereign’s latest deals include a week at the all-suite Columbia Beach Resort in Cyprus with flights from Norwich, Bournemouth, Leeds Bradford or Edinburgh airports, as well as London.

The five-star resort has a wide, lagoon-style pool with views of the sea, an indoor spa for adults, entertainment for children and plenty of space on the white sands of its Blue Flag beach. Flights, private transfers and B&B accommodation cost from £ 1,164pp in July (sovereign.com).

Style comes as standard in Jet2’s Luxe Collection, with flights from ten airports around the country.

Fly to Tenerife from Newcastle and relax around the meandering main pool at the beachfront Roca Nivaria Gran Hotel. Tucked away in the hotel’s palm-filled gardens, there’s an adult-only spa with a Jacuzzi, Finnish sauna, Turkish baths and ocean views. Around a quiet corner there’s a mini water park for children. Seven nights’ half-board costs from £ 799pp. 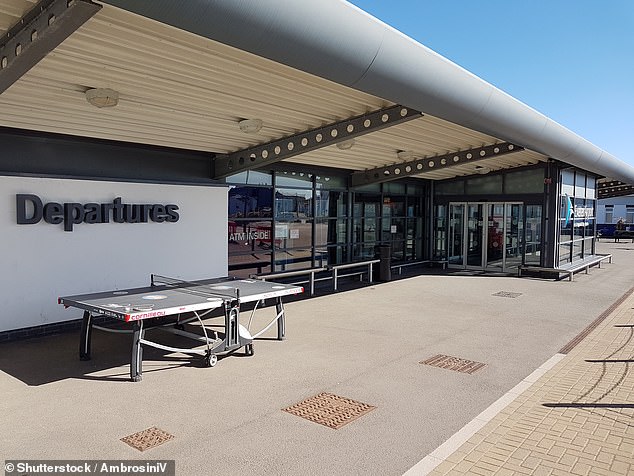 Leeds Bradford Airport is also primed for a Jet2 boost. Fly from there to Majorca in May for seven nights’ half-board in the new four-star Dreams Calvia Resort & Spa. Outside, kick back in a cabana on the wooden deck or try a sunken lounger in the shallows of the pool. Half-board weeks cost from £ 599pp (jet2holidays.com).

Doncaster Sheffield Airport (voted Britain’s best by Which? Magazine) can be the start of a romantic Tui Blue For Two holiday at the Medulin hotel near Pula on the Croatian Riviera. 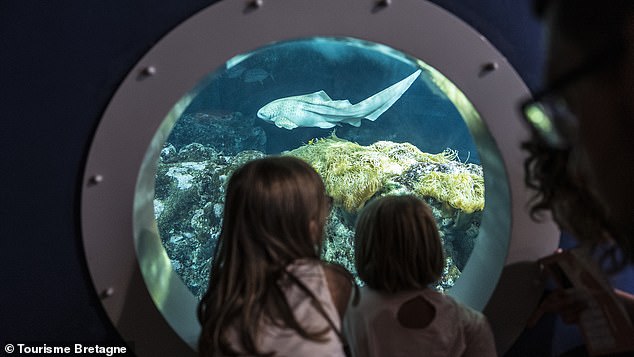 EasyJet has flights from Southend Airport to Brest, the French town that hosts one of the world’s biggest aquariums (pictured)

The hotel is adults-only with an intimate, upmarket vibe. Guests can take boat rides to nearby islands in the day and go for wine-tastings at night. All-inclusive weeks cost from £ 566pp (tui.co.uk).

In Essex, easyJet is dusting off its check-in desks at Southend Airport with flights to holiday favorites Malaga, Palma and Faro on Portugal’s Algarve set to begin in May. Also planned are flights to Brest, the French town that hosts Oceanopolis, one of the world’s biggest aquariums. Book flights, transfers and hotels in fully protected packages, from £ 376pp (easyjet.com/holidays).

Even British Airways offers new routes that bypass its Heathrow home. From mid-May, weekly flights from Southampton to Dublin start from £ 27 each way.

Or try flights from Edinburgh to Guernsey and Jersey, from £ 36 each way – perfect for those wanting surf or seafood at sandy St Ouen’s Bay (ba.com).