By Adam S. Levy For Dailymail.com

Zegler, who played Maria Vasquez in the Steven Spielberg remake of the 1961 classic, took to Instagram Saturday with a post of a series of shots with the caption, ‘a quarter of the year well spent.’

The New Jersey native, 20, responded to a comment from a fan on the post that read, ‘Can’t wait to see what you’ll be wearing on Oscar night,’ saying, ‘i’m not invited so sweatpants and my boyfriend’s flannel. ‘

The latest: West Side Story Rachel Zegler, 20, said she hasn’t been invited to the upcoming 94th Academy Awards. The actress was snapped last week in London

The actress, who was awarded a Golden Globe for Best Performance by an Actress in a Motion Picture – Musical or Comedy for her performance in the film, responded to reactions from fans about her exclusion from the invite list, saying she’s’ tried it all but it doesn’t seem to be happening.

‘I will root for West Side Story from my couch and be proud of the work we so tirelessly did 3 years ago,’ Zegler said, as the motion picture is up for seven awards, including Best Motion Picture of the Year, Best Achievement in Directing for Spielberg, and Best Performance by an Actress in a Supporting Role for Ariana DeBose.

Zegler added, ‘i hope some last minute miracle occurs and i can celebrate our film in person but hey, that’s how it goes sometimes, i guess.’

Zegler, who has been cast in the titular role in the live-action adaptation of Disney’s Snow White, wrapped up in telling her fans, ‘thanks for all the shock and outrage – i’m disappointed, too. but that’s okay. so proud of our movie. ‘ 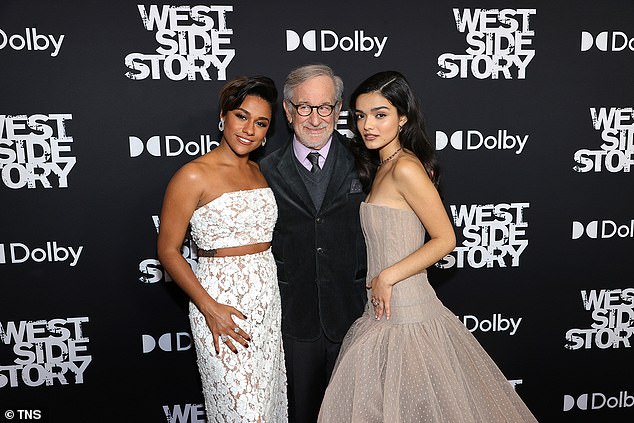 Zegler subsequently took to Twitter on Sunday to thank fans who expressed their ire at the news she wasn’t invited.

She said: ‘my goodness, folks !! appreciate all the support, i really really do. we live in such unprecedented times, and a lot of work behind the scenes goes into making movie magic happen. that goes for film productions (like the one I am so lucky to be currently shooting in london)… and awards shows alike.

Zegler said, ‘let’s all just respect the process and i’ll get off my phone x R.’ 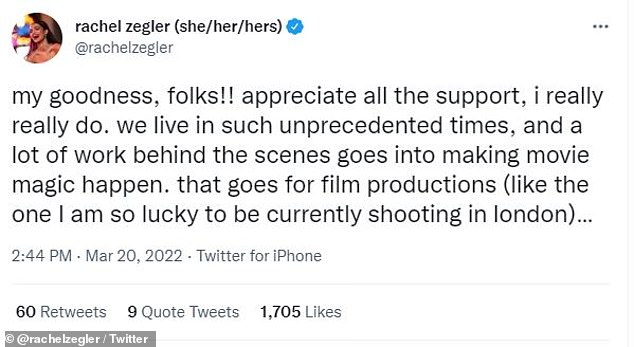 Traditionally, Oscar nominees and presenters receive a pair of tickets to the show, with studios also having access to a set amount of tickets.

While Zegler wasn’t nominated for her individual efforts, a number of fans expressed surprise over the snub for a key cast member in the critically-acclaimed film.

The Oscars are slated to be held at the Dolby Theater in Hollywood on Sunday, March 27, 2022 and will be broadcast live on ABC at 8 pm ET / 5 pm PST. Regina Hall, Amy Schumer and Wanda Sykes are set to host the show. 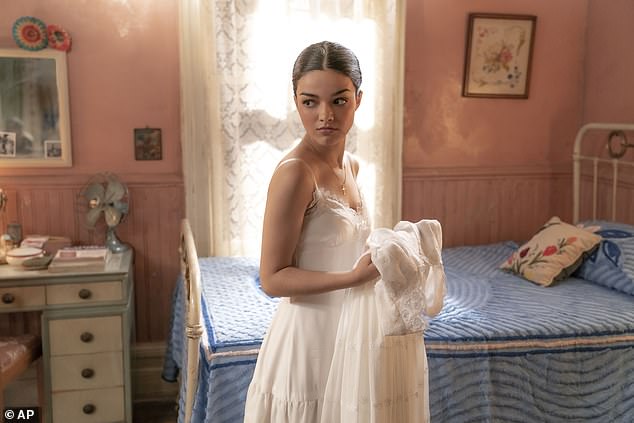 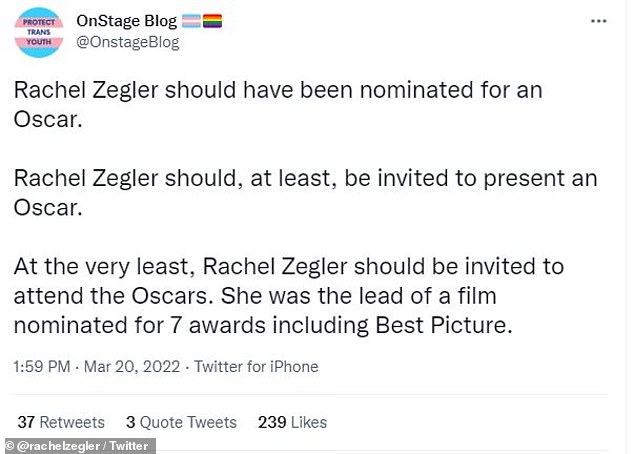 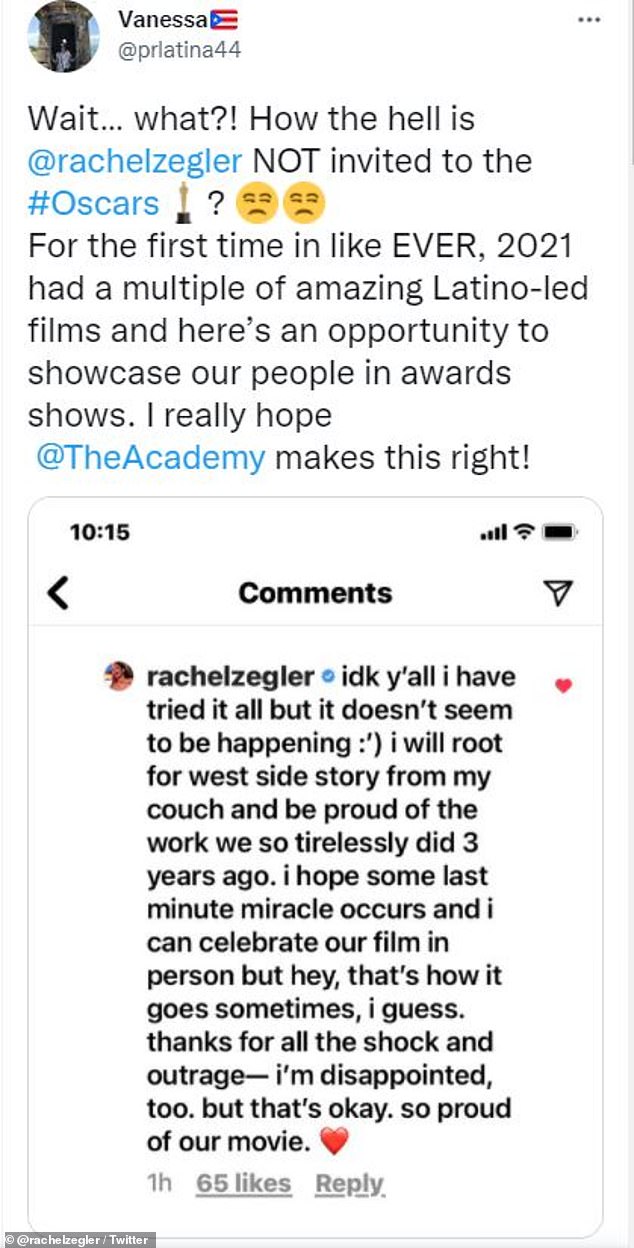 While Zegler wasn’t nominated for her individual efforts, a number of fans expressed surprise over the snub for a key cast member in the critically-acclaimed film