COUNTRYFILE viewers were ‘disgusted’ after a woman revealed what was in her pie – and blasted the BBC for ‘scraping the bottom of the barrel’.

The town is the home of the pork pie, however, the presenters sampled fillings which were much more ‘exotic’.

Margherita explained: “Today, the Melton Mowbray pork pie is one of 96 geographically protected foods thought to be worth £ 6billion in export value to the UK but there’s money to be made from exotic pies too.”

She then met up with Kath and Phil Walmsley, who run an award-winning food business. 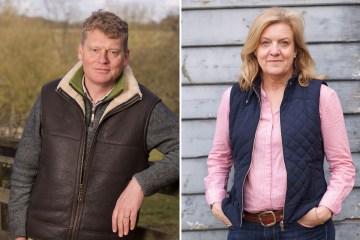 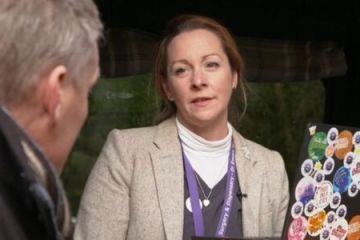 “The main one that’s got the most interest is the squirrel pie which we entered into the British Pie Awards and we got a gold for that.”

Margherita asked: “Was that something you found in an old recipe book from a time it was eaten in the past?”

But Kath replied: “No, not at all. We didn’t give that any thought at all.

“We got some oven-ready squirrels from a farmers market just because I’d never seen them before and thought, ‘I’ll do something with these,’ and they ended up going in a pie.

“I just wanted to step out of the box a bit with what I was making.”

The presenter then helped the couple make ‘roadkill pie’, complete with tire tracks design on top thanks to their grandson’s toy tractor.

However, viewers were horrified by the fillings being cooked up, with one writing on Twitter: “Scraping the bottom of the barrel episode #Countryfile.”

Another added: “Squirrel pie and roadkill pie on #Countryfile tonight – seriously ?! Utterly gross. Why give these people airtime?

A third tweeted: “Squirrel in a pie? So cruel.”

Countryfile airs Sundays on BBC One and is available on BBC iPlayer.