Eiza Gonzalez looked breathtaking as she attended the Parisian premiere of her new film Ambulance on Friday.

The 32-year-old Mexican actress – who plays EMT Cam Thompson in the movie – turned heads in a one-shoulder silky gown with a sparkly bejeweled strap.

Ambulance follows the story of two adoptive siblings (played by Jake Gyllenhaal and Yahya Abdul-Mateen) turned bank robbers who steal an ambulance occupied by a paramedic and a police officer in critical condition.

Showstopper: Eiza Gonzalez looked breathtaking as she attended the Parisian premiere of her new film Ambulance on Friday

Her floor-length gown draped beautifully over her 5ft8in frame as she posed for photos on the red carpet.

The brunette beauty stunned in the elegant and classic look while promoting the upcoming film about two robbers who steal an ambulance after a robbery goes wrong.

Gonzalez’s chic and simple look was styled by Elizabeth Saltzman, and the movie star coupled it with a piecey updo.

The actress’ chocolate-colored tresses were styled in a center part with face-framing strands left out at the front.

She wore dazzling diamond earrings that crept out through her glossy strands, which were loosely arranged. 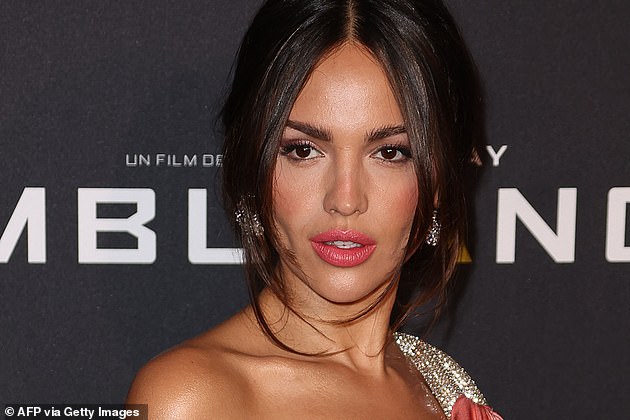 Beauty queen: Eiza’s ethereal beauty was undeniable as she flaunted a face of perfectly-applied makeup

Eiza’s ethereal beauty was undeniable as she flaunted a face of perfectly-applied makeup.

Her eyebrows were expertly arched and she wore a dusting of shimmery brown eyeshadow on her eyelids.

Adding to the showstopping look were rosy cheeks and bright pink lips that highlighted her plump pout.

The star’s big, brown eyes were accentuated with fluttery eyelashes that were coated in mascara. 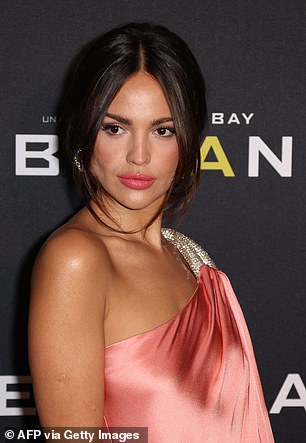 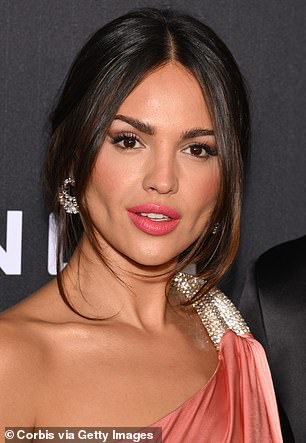 Gorgeous: Her eyebrows were expertly arched and she wore a dusting of shimmery brown eyeshadow on her eyelids

As Gonzalez made her way down the star-studded event’s step-and-repeat she was joined by castmates Jake Gyllenhaal and Yahya Abdul-Mateen.

Yahya looked handsome in an all black look consisting of a silk black suit with an extra-long double-breasted blazer that stretched below his knees.

Underneath the coat he wore a black button-up shirt that had very thin white stripes.

The costars laughed together as they had their snapshots taken. 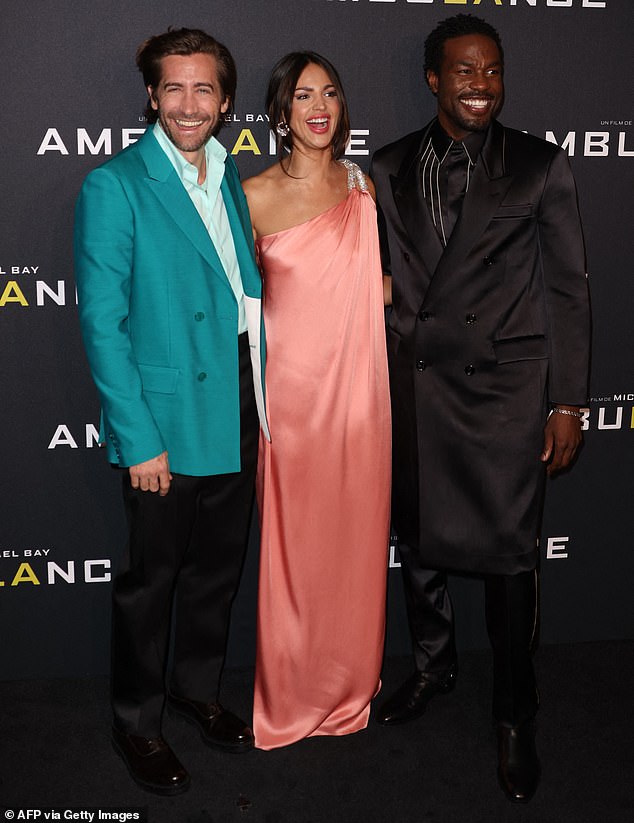 Group shot: Jake Gyllenhaal, Eiza, and Yahya Abdul-Mateen laughed together as they had their snapshots taken

Eiza, who plays EMT Cam Thompson in the film told Byrdie last year, ‘When I do a role I really like to get immersed into it, so I would have loved to ride in an ambulance for a minute, but right now it’s impossible.

‘It was the first time in my life that I kind of had to work around it to prep for a role because everyone in the role I’m prepping for is busy in real life – there’s no way to talk to doctors or EMTs because they ‘re all busy.’

She continued, ‘Even getting ambulances was really hard, so I rented an RV to kind of get used to the rhythm in the ambulance – you know, crazy things like that.

‘But I’ve been able to connect with incredible people that are literally saving people’s lives every other minute, and it’s been so inspiring. It puts a lot of weight on me because I’m going to set thinking, “Wow, I really got to honor them. I gotta do this really good.” ‘

Ambulance – hitting UK theaters this Friday and US theaters on April 8 – is a remake of Laurits Munch-Petersen’s 2005 movie Ambulance. 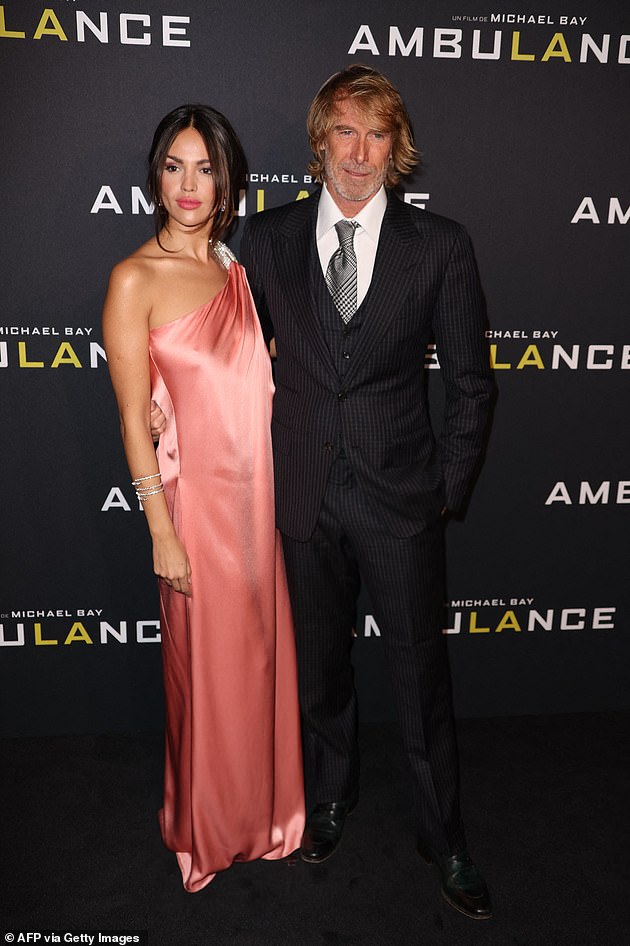 In terms of the plot, William Sharp (Yahya) is a war veteran who desperately needs $ 231,000 for his wife’s surgery.

He reaches out to Danny (Jake), his adoptive brother and a life-long criminal, who talks him into taking part in a $ 32 million bank heist.

The robbery goes wrong when they shoot an LAPD officer. The two brothers are soon on the run in an ambulance with an EMT and a dying police officer as their hostages. 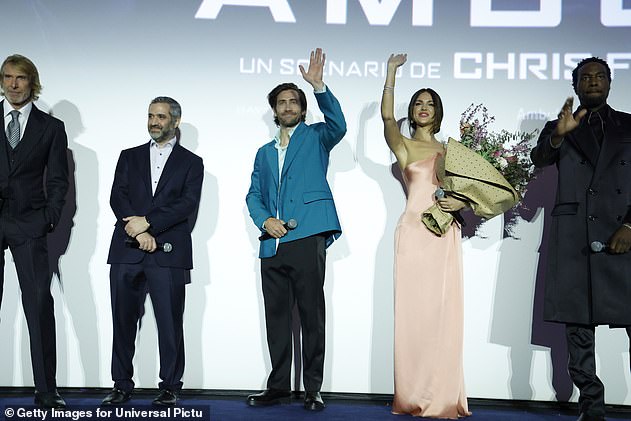