The internet can be a rough place for car designers since their work is criticized on social media even before the debut of a new model. This is the case with the Maserati Grecale which will premiere on March 22, but social media users have already started talking about its design, saying it looks somewhat similar to the Ford Puma.

While Maserati hasn’t shown us the Grecale yet, official photos with camouflaged and semi-uncovered prototypes alongside leaked pictures from a variety of sources have all but revealed the design of the Italian SUV. As is always the case with new models, people are trying to see how they feel about the styling, often comparing aspects of it with existing models.

Putting a performance-focused mid-size SUV from a premium manufacturer like Maserati in the same sentence with a mainstream subcompact SUV from Ford isn’t the best form of flattery for the Italians. However, while the models are quite different in terms of size and market positioning, there is some truth in the comments regarding the front end as you can see from the picture below. 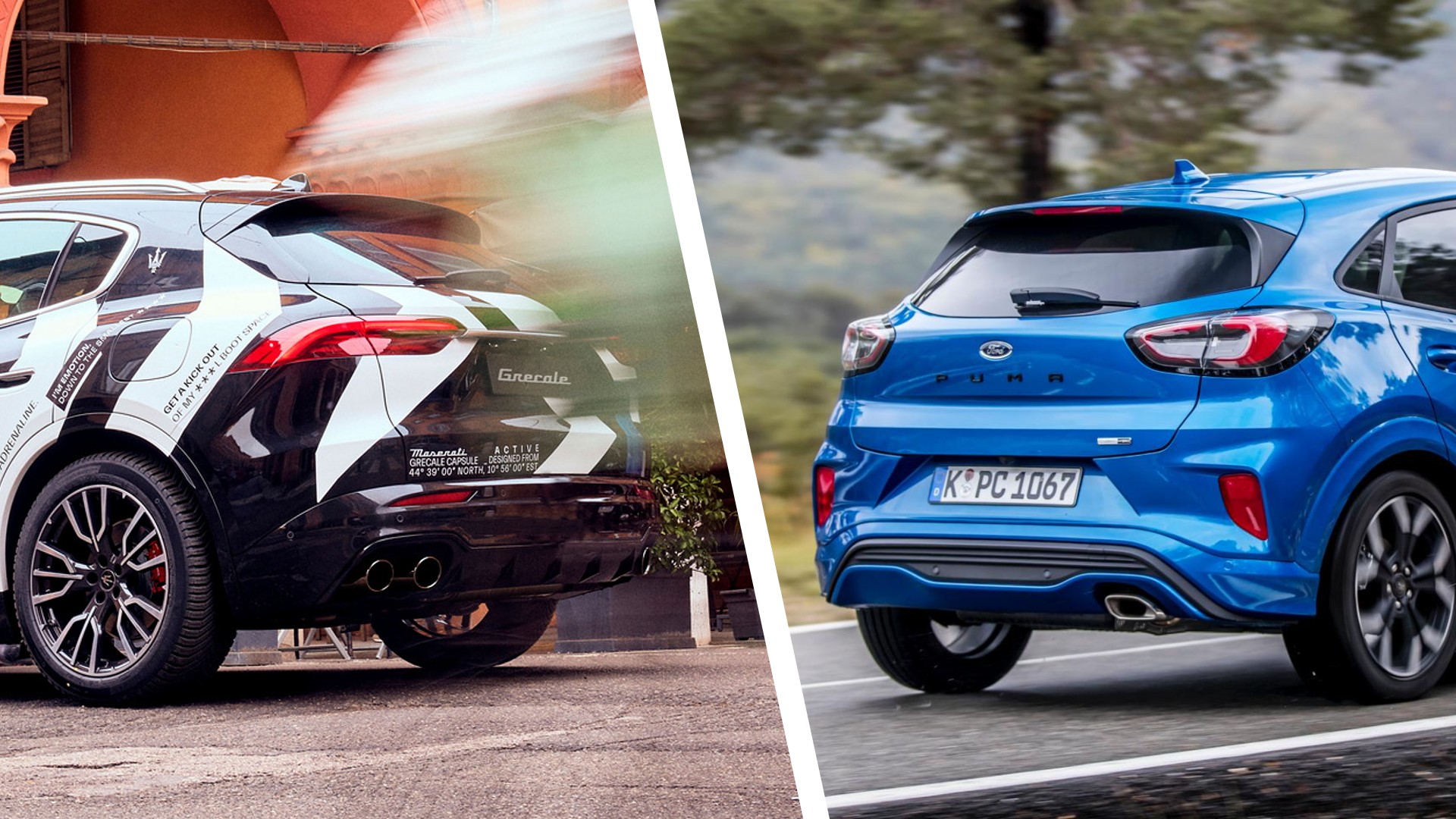 Both the Ford Puma which was introduced in 2019, and the Maserati Grecale have headlights mounted high on the front fenders for a coupe-style appearance. The same can be said for the Porsche Macan but what happens underneath them is likely the cause of the familiarity.

The grille and the intakes on the front bumper of the Maserati Grecale are indeed very similar to the Ford Puma ST-Line. Setting aside the slightly different outer shape of the grille, its size and position combined with the wide lower intake and the sporty side inlets are suspiciously similar. 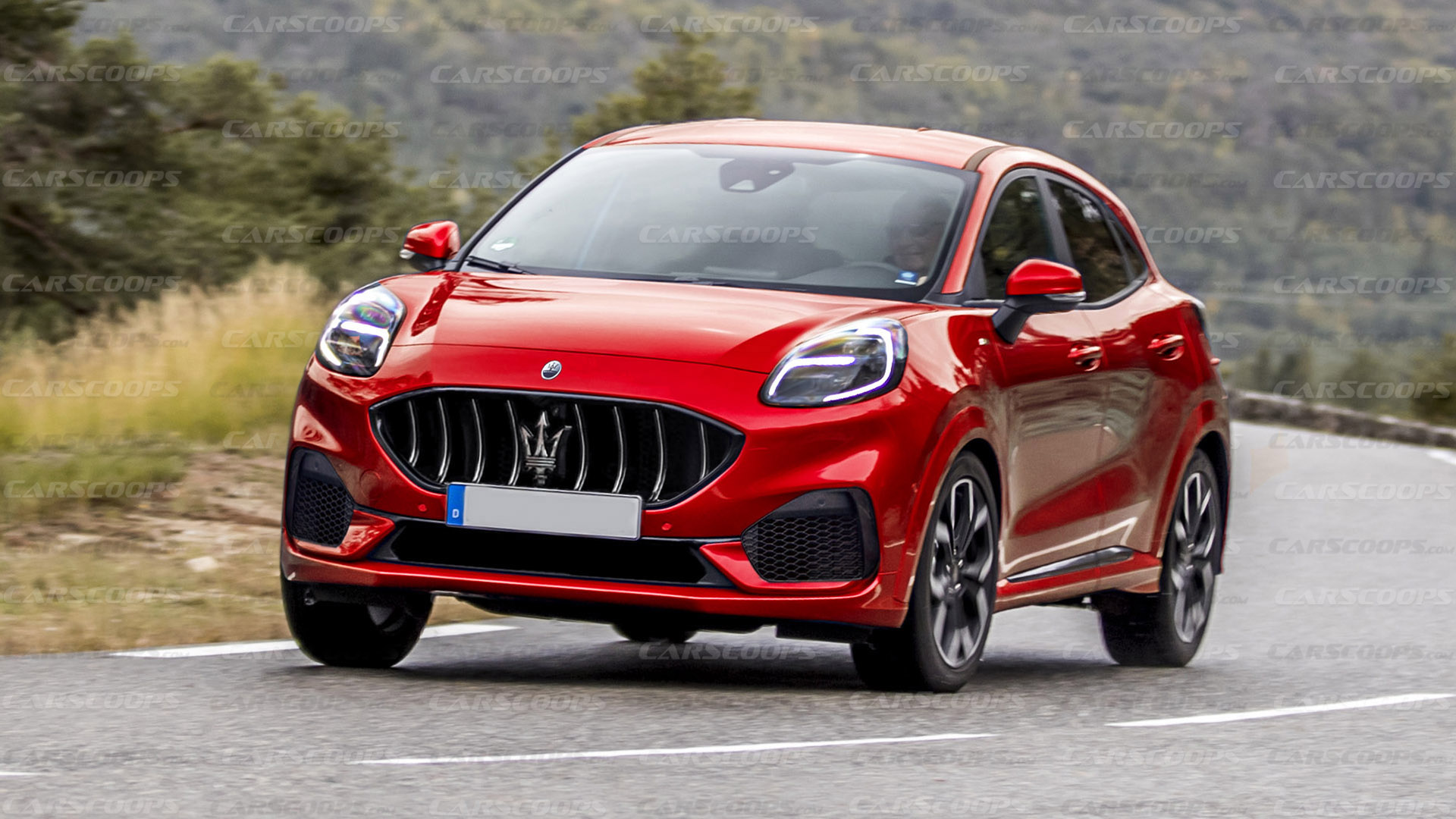 In our eyes this is the main reason behind people’s remarks since the rest of the bodywork is quite different. After all, the Grecale is sharing its chassis with the Alfa Romeo Stelvio, while the Puma is a jacked-up sibling of the Fiesta resulting in a different footprint and proportions.

To put things into perspective, we created a quick rendering, placing Grecale’s inner grille and intake mesh on the bumper of the Ford Puma ST-Line. Unsurprisingly, the result looks like Maserati’s fictional entry in the B-SUV segment, and would easily pass for a model with the Trident emblem a few years ago, before the Puma was a thing. 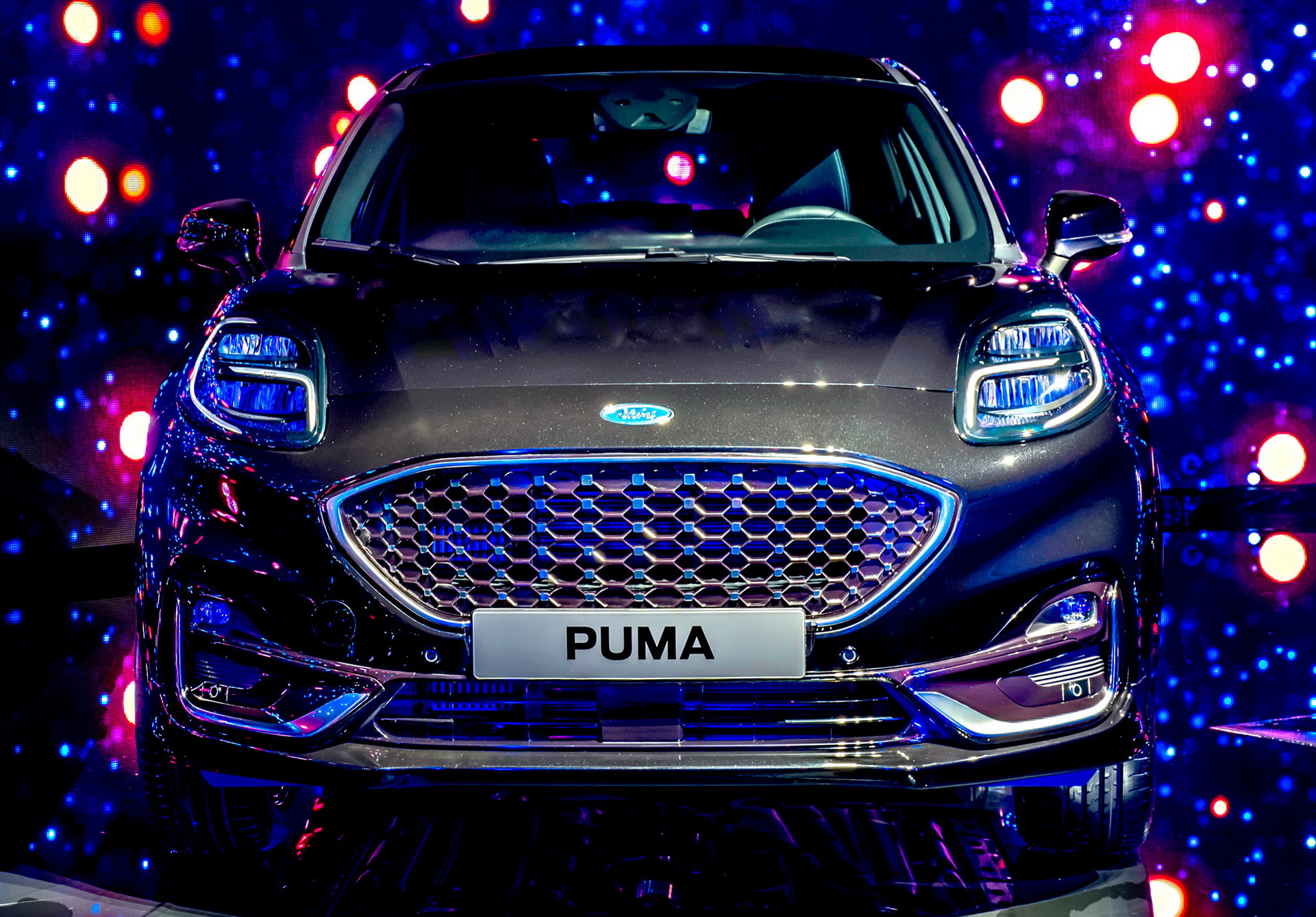 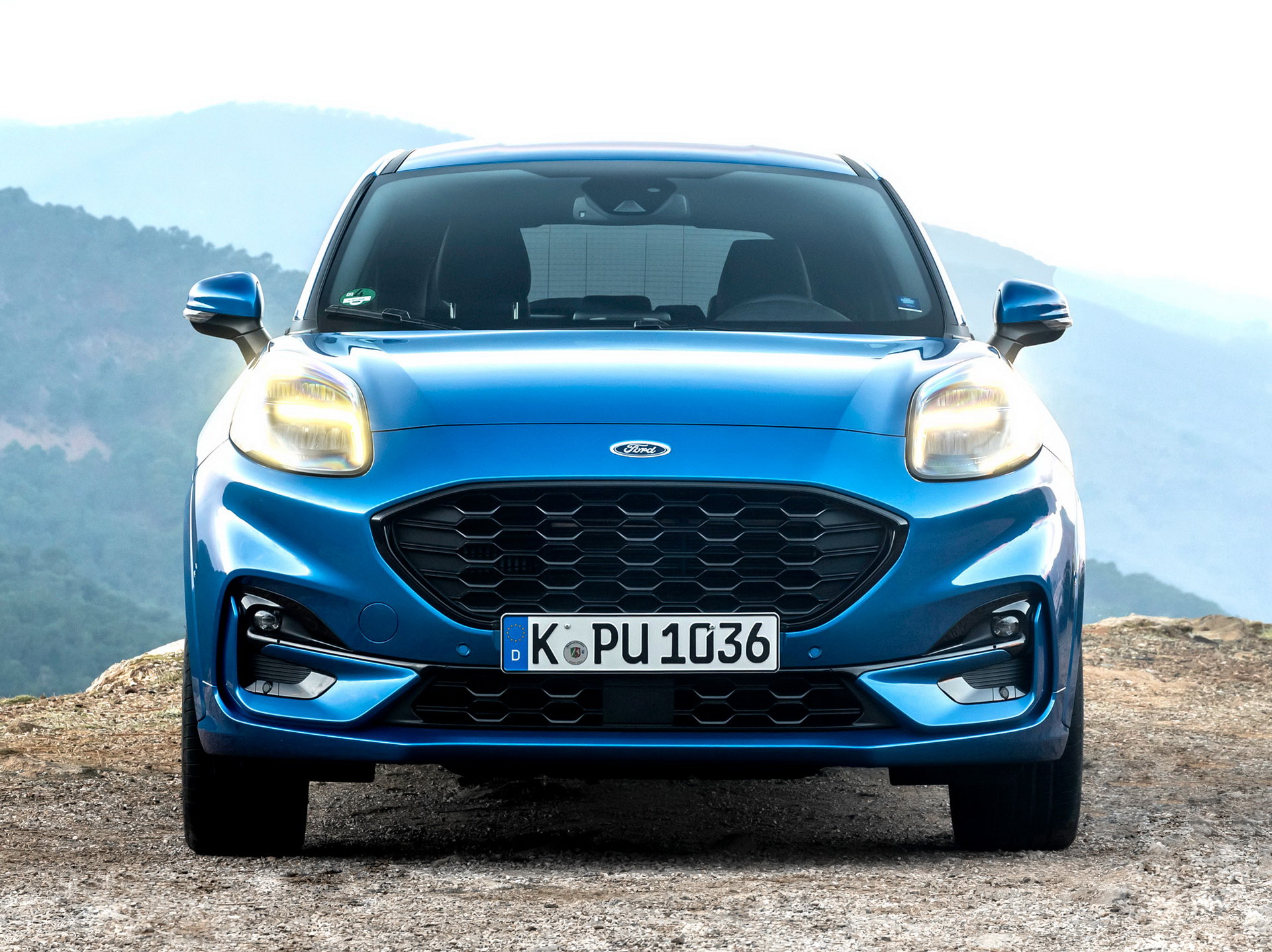 To Maserati’s design department defense, the fender-mounted headlights, and the grille on the Grecale are both trademarks of the Italian manufacturer, used in a large number of sedans, sportscars, and another SUV (Levante) from its recent history. Also, the intakes are similar to the Levante Trofeo which was launched in 2018. Ford, on the other hand, started using large grilles for its entire model lineup relatively recently.

What makes things even more complicated, is that the latest evolution of Ford’s design language seen on the Chinese Mondeo and Fusion includes even larger grilles with an outer shape closer to a Maserati. In that context, we can only hope that when the facelifted Puma arrives, it doesn’t look even more like a baby Grecale, inspiring some easy-to-make replicas. 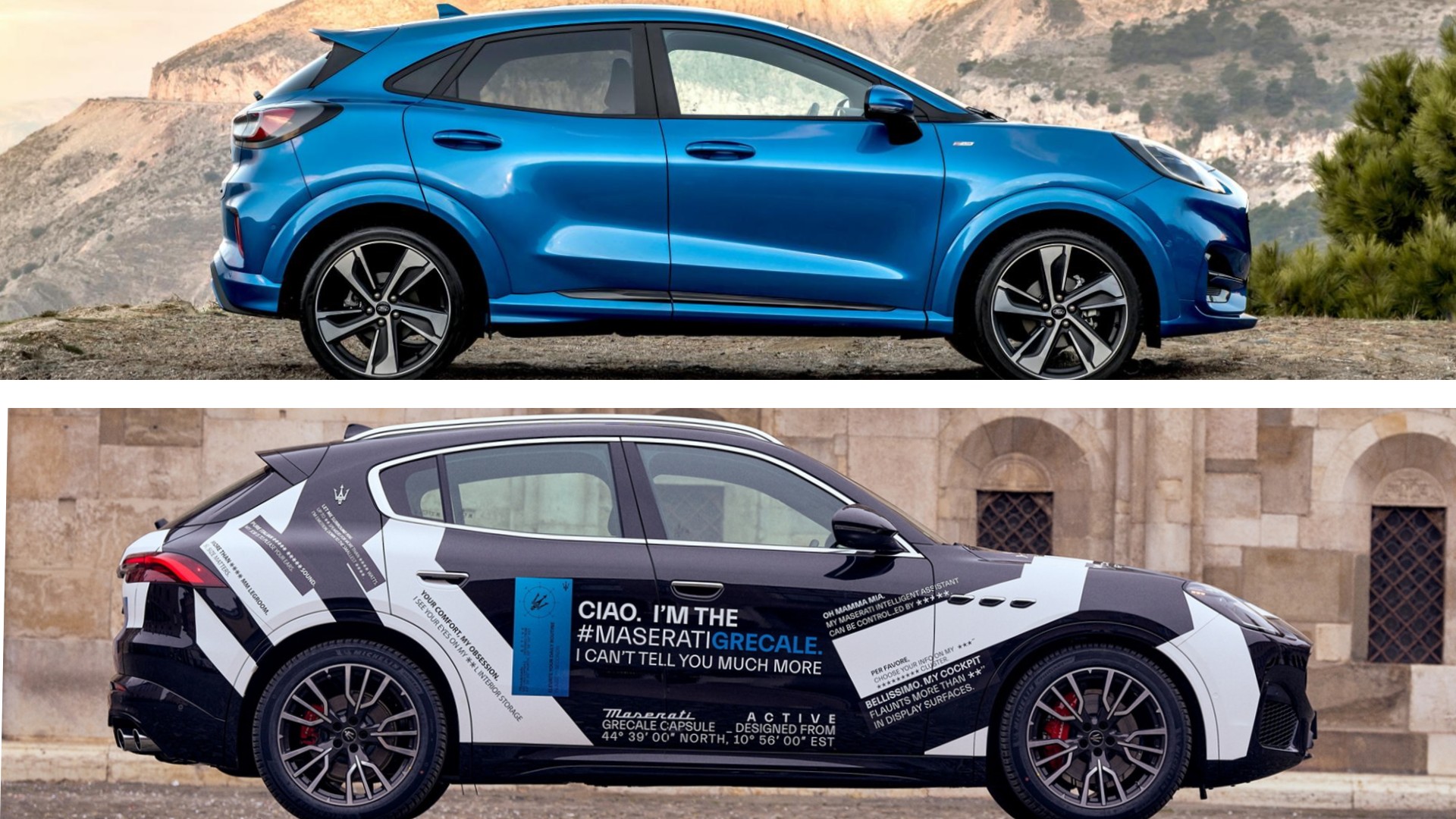