WAYNE Rooney was today spotted giving his wife Coleen a hand at the supermarket after she suffered a mystery foot injury.

The famous Wag, 35, was seen hobbling on crutches and sporting a foot brace.

It’s not known how the mum-of-five hurt herself, but a protective boot like that is usually given to patients who have sprained or broken their foot, toes or ankle.

Wayne, 35, could be seen pushing the shopping trolley loaded with groceries.

The footie hero was seen helping his wife who was struggling with her mystery injury.

The famous couple tried to keep a low profile and were dressed down in causal clothes. 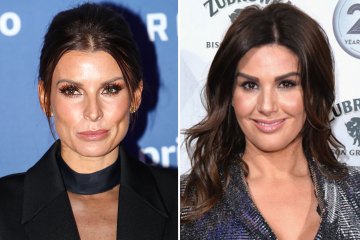 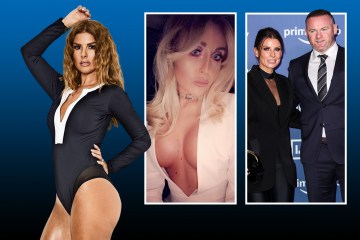 Coleen sported a blue baggy hoodie, while Wayne wore all black with a baseball cap.

Meanwhile, the couple recently opened up about their marriage.

Coleen talked about husband Wayne’s previous infidelities and insisted she’s “learned to live” with them.

She appeared in a new documentary about Wayne’s life – titled Rooney – and is very frank when it comes to talking about their past.

Opening up about the first time footballer Wayne was caught up in a cheating scandal, she said: “I think the first time we were young so there was a lot of arguing.

“I knew groups that Wayne was hanging round with that weren’t good for him. Lovely people but together, with alcohol, not good.

She continued: “But I do think that alcohol has a lot to blame … and still has, from things that have happened recently. I think it’s not a good thing for Wayne to be unsupervised.”

Insisting that she’s “learned to live” with the past, Coleen added: “If I couldn’t cope with living with it, I would have ended the relationship.

“I wouldn’t be standing here if I hadn’t forgiven him.”

Wayne also addressed his infidelities and insisted that it will “not happen again”.

He said: “For us to get through it, it’s tough. Tough days, weeks, tough months.

“But I feel we’ve been through hard times and it does make you stronger as well.