THE NATIONAL Lottery is set for major change as operator Camelot is set to lose its license to operate the draw.

The Gambling Commission has announced plans to transfer it to a rival after 30 years with the company.

A fiercely contested bidding process has been under way between four parties to hold the license for the National Lottery, which Camelot has had since 1994.

But officials have said a new company, Allwyn, is now the preferred applicant to take over in 2024.

The Gambling Commission said that the selection of Allwyn as preferred applicant follows “a fair, open and robust competition which received four applications at the final stage”.

The group said: “This is the highest number of applications since the first National Lottery license was awarded in 1994. 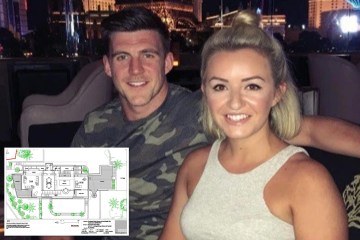 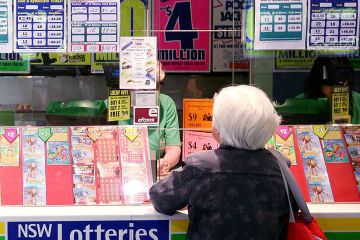 “Allwyn has committed to investment in the National Lottery that is expected to deliver growth and innovation across the National Lottery’s products and channels, resulting in increased contributions to good causes, subject to the protection of participants and propriety.

“The Gambling Commission is content that all applicants are fit and proper to operate the National Lottery.”

The other applicants were Sisal Spa, Camelot and The New Lottery Company.

Camelot has run the National Lottery in the UK since it first launched back in 1994.

The organization now runs draws for Lotto and Euromillions as well as other games like Set For Life and Thunderball.

Camelot, which is owned by the Canadian teacher’s pension fund, is responsible for creating the games, selling tickets and awarding prizes.

Part of the cash made from selling tickets goes to good causes and more than £ 45billion has been raised since the beginning, funding more than half a million projects.

How that’s dished out is not up to Camelot or the future operator, instead there are 12 distribution bodies chosen by Parliament.

But the money from ticket sales goes towards the pot of cash and has helped fund sporting successes of Olympic athletes on TeamGB and ParalympicsGB.

As well as sports, the money goes to arts, heritage and other charitable causes.

Around £ 1billion has been raised to help good causes respond to the coronavirus pandemic.

For every £ 1 of National Lottery ticket sales, the cash goes on the following, the BBC reports:

Unclaimed cash prizes are also dished out to good causes after a certain amount of time has passed.

Gambling Commission chief executive Andrew Rhodes said: “In its lifetime, the National Lottery has raised more than £ 45billion for good causes and is rightly seen as a great national asset.

“Our priority was to run a competition that would attract a strong field of candidates.

“Having received the most applications since 1994, it is clear that we’ve achieved just that.

“I am confident that the success of the competition will lead to a highly successful fourth license – one that maximises returns to good causes, promotes innovation, delivers against our statutory duties, and which ultimately protects the unique status of the National Lottery.

“We look forward to working with all parties to ensure a smooth handover.”

Allwyn is part of Sazka, one of the biggest operators of lotteries in Europe that runs draws in Czech Republic, Greece, Cyprus, Italy and Austria.

Allwyn said: “We welcome today’s statement by the Gambling Commission that we have been selected as the preferred applicant for the fourth National Lottery license.

“Our proposal was judged to be the best way of growing returns to good causes by revitalizing the National Lottery in a safe and sustainable way.

“The appointment of Allwyn will breathe fresh life into the National Lottery.”

The lottery underwent a major change last year when the age for buying tickets and scratch cards as hiked.

A lottery expert has revealed the three reasons you AREN’T winning the jackpot.