Callie Rogers is pictured after her £ 1.87million lottery win in 2013

But the mother-of-four from Flimby in Cumbria has suffered a spectacular fall from grace since and is now on benefits after blowing the whole amount.

But she was also targeted by people who took cash off her, suffered a string of failed relationships and was attacked by two women on a night out.

Then in March it emerged Miss Rogers had been pepper-sprayed by police following a car crash when her 4×4 veered off the road late at night.

She then failed a drugs test and was given a 22-month driving ban following the incident near her boyfriend Jason Fearon’s home in Crosby, Merseyside. 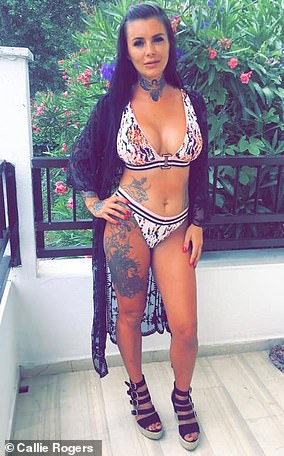 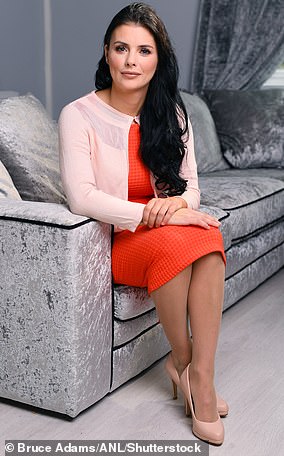 Callie Rogers, pictured in recent years, has suffered a fall from grace since her win and is now on benefits after blowing her winnings 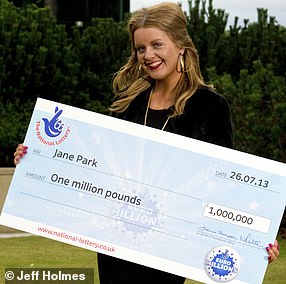 Jane Park was just 17 when she won £ 1million after getting lucky with her first-ever Euromillions ticket in 2013.

She has repeatedly stated winning the Euromillions prize ruined her life and even threatened to sue lottery operators Camelot for negligence, claiming someone her age shouldn’t have been allowed to win.

She has confessed that it was only the advice of family members which stopped her going bust after she went on a spending spree.

The jackpot winner paid for a breast enlargement, Brazilian bottom lift and splashed out on a string of luxury holidays and fashion accessories.

In 2019, she revealed she was making money by selling racy topless pictures of herself on subscription site OnlyFans.

In January she said she had moved to Dubai for ‘business’ reasons and this would be a permanent move, but she returned to Scotland in April.

Also last year, she has had a second Brazilian bottom lift in Turkey after her original surgery in 2017 was botched and left her in hospital with suspected sepsis. 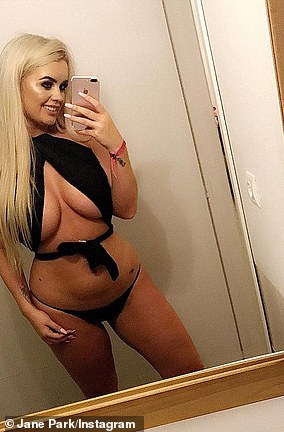 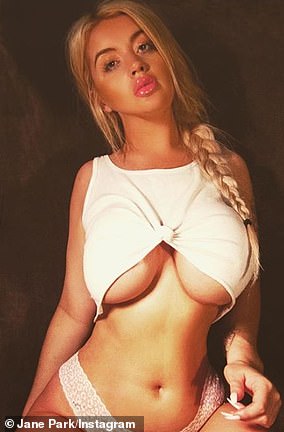 Jane Park pictured in more recent years. In 2019, she revealed she was making money by selling racy topless pictures on OnlyFans 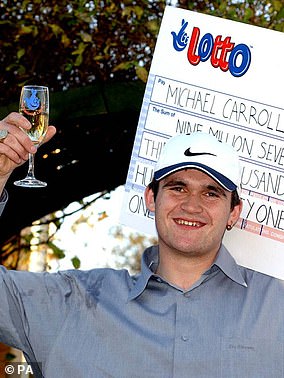 Michael Carroll scooped the jackpot in 2002 from a £ 1 ticket

‘Lotto lout’ Michael Carroll blew his £ 9.7million jackpot on drink, drugs and brothels in a decade – describing it as ‘the best ten years of my life for a pound’.

But he now works seven days a week as a £ 10-an-hour coalman in Moray, Scotland, after having to start again.

Mr Carroll bought the £ 1 ticket when he was aged 19 and was working as a binman in Norfolk, but before long he was doing cocaine and drinking huge amounts of vodka before he had even got out of bed.

He gave £ 4million to friends and family, including his aunt and uncle who raised him following his father’s death when he was aged only 10, but spent the rest on an extreme lifestyle, including three homes and racing cars.

His marriage to wife Sandra Aitken ended after she accused him of sleeping with vice girls – and Mr Carroll has claimed to have bedded some 4,000 women.

He appeared in court more than 30 times, but was handed an ASBO for terrorizing his neighbors and jailed for five months in 2004 after failing to comply with a drug treatment order imposed as part of a sentence for cocaine possession.

His accountant warned him in 2005 that he was down to his last million, and in February 2006 he was jailed for nine months for affray.

By 2013, he was declared bankrupt and found himself back on Jobseeker’s Allowance – and he even moved into a hotel for homeless people for three months.

He then worked at the Walkers biscuit factory in Aberlour, before getting a license to work in an abattoir, but now works as a coal miner and lives in a modest rented flat.

Speaking to the Mirror in 2019, he said: ‘I don’t look back with any regrets, that’s for sure. It was ten years of fun for a pound, you can’t go wrong with that.

‘I wouldn’t want to turn the clock back. But I live a good, free lifestyle now and I’m happier because I’ve got my life back. ‘ 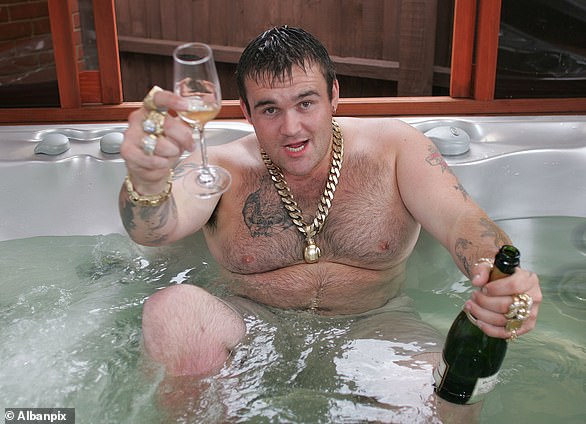 Margaret Loughrey, 56, was living on benefits of just £ 58-a-week when she scooped a £ 27m EuroMillions prize eight years ago, but famously said it had ‘destroyed her’.

Her good luck saw Ms Loughrey dubbed ‘Maggie Millions’ and allowed her to buy a property empire including a £ 125,000 bungalow, a pub and a former mill turned leisure center – and give at least half away to good causes.

But she was sectioned four months after the draw and later described life as a multi-millionaire as’ If there is a hell, I have been in it. It has been that bad ‘.

Ms Loughrey was found dead by police at her £ 125,000 home in Strabane, Northern Ireland, last September. 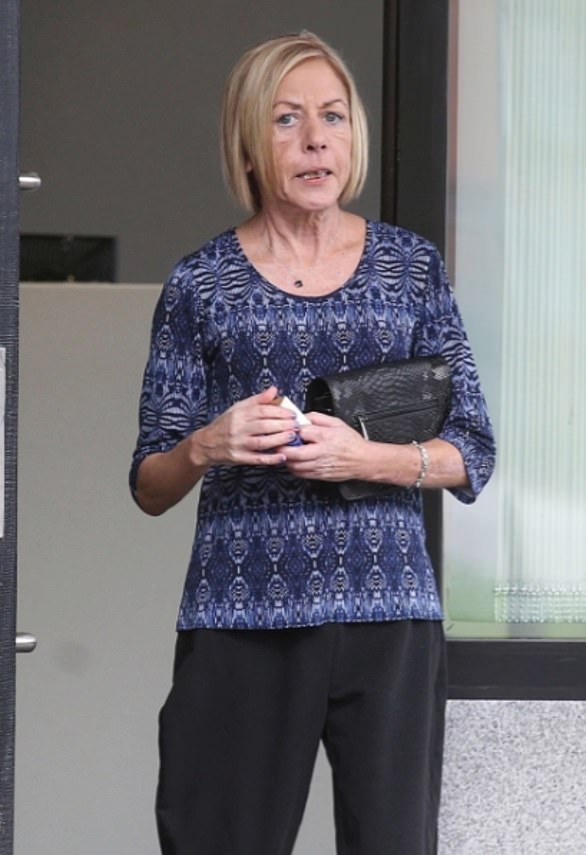 When she won the lottery, Margaret Loughrey had been at the Job Center living on benefits of just £ 58-a-week and got the ticket on a whim

The lottery win brought Ms Loughrey nothing but trouble and she vowed to spread her good fortune around.

She said at the time: ‘No point having £ 27m and being lonely. That can’t make me happy, that can only make me happy that everybody else’s happy and so far everybody is absolutely delighted. ‘

But within four months of the win she was sectioned before winning her appeal against the mental health ruling.

She bought Herdman’s Mill in Sion Mills in 2014, but it was targeted by fires and vandalism.

Ms Loughrey locked horns with Sion Mills Cricket Club and at one point locked them out of their pitch on the grounds. They eventually came to an agreement they could use it and had done since without incident.

Then in 2015 Ms Loughrey was ordered to do 150 hours of community service after being convicted of assaulting a taxi driver.