Sex and the City revival And Just Like That … has been renewed for a second season, despite poor reviews and some criticism from fans calling the show ‘too woke.’

It was confirmed Tuesday that Carrie, Miranda and Charlotte will be back on HBO Max screens after successfully moving ahead with the series without Samantha, played by Kim Cattrall.

‘I am delighted and excited to tell more stories about these vibrant, bold characters – played by these powerful, amazing actors,’ executive producer Michael Patrick King said in a statement.

‘The fact is, we’re all thrilled. And Just like That… our Sex life is back. ‘

Back for more! Sex and the City reboot And Just Like That … gets renewed for a second season despite mixed reactions from fans calling it ‘too woke’

All three of the four original leading stars will be returning; Sarah Jessica Parker, Kristin Davis, and Cynthia Nixon.

Sarah Aubrey, the Head of Original Content at HBO Max, also released a statement saying they’ve been ‘delighted by the cultural conversation generated by these characters and their stories, set in a world we already know and love so much.’

She added: ‘We are proud of the work Michael Patrick King and our wonderful writers, producers, cast and crew have done to bring these stories to the screen. We can’t wait for fans to see what’s in store for season 2! ‘

However, the renewal comes after the launch of the reboot was initially met with poor reviews and a mixed reaction from die-hard fans. 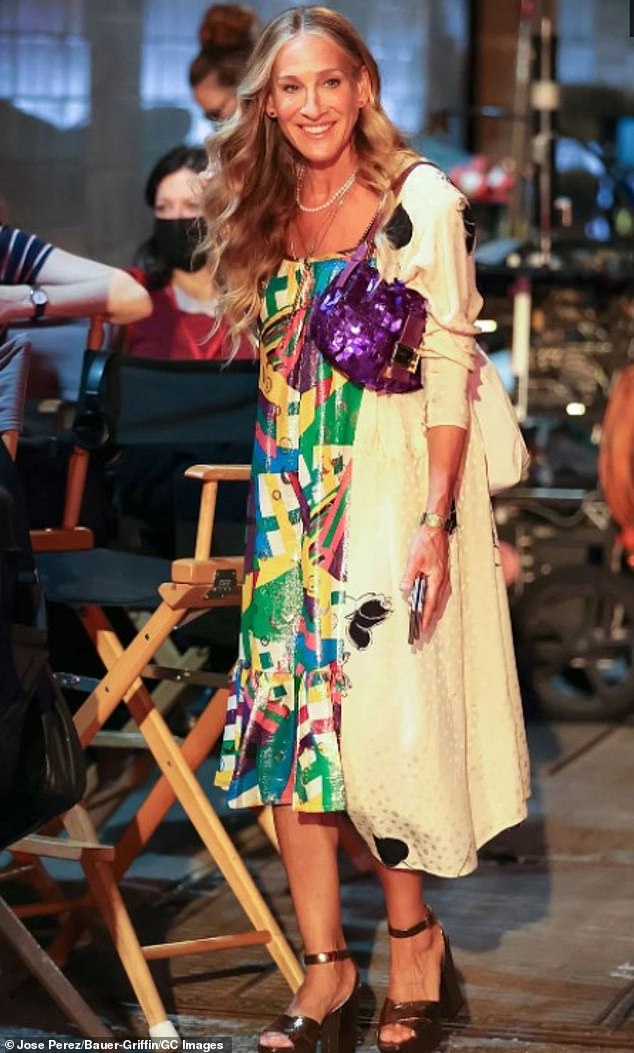 And Just Like That: All three of the four original leading stars will be returning; Sarah Jessica Parker, Kristin Davis, and Cynthia Nixon

One review from the New York Times, claimed the ‘cringey’ series has ‘lost its touch,’ with writer James Poniewozik claiming that it felt more like two shows than one – one that he called a ‘downer’ and the other that he described as a ‘painful’ attempt to update the original show.

‘One, which tries to grow with the women as they navigate their 50s and mortality, is a downer, but it takes risks and in moments is very good,’ he wrote.

‘The other, which tries to update its sassy turn-of-the-century sensibility for an era of diversity, is painful.’

He added that the show felt ‘oddly paced and grim, without quite managing catharsis,’ and that it’s ‘unfortunate jokes’ about today’s issues (like the coronavirus pandemic) did not help.

The original show aired in June of 1998 and went on for six seasons before it concluded in February of 2004. It was based on the book of the same name by Candace Bushnell. 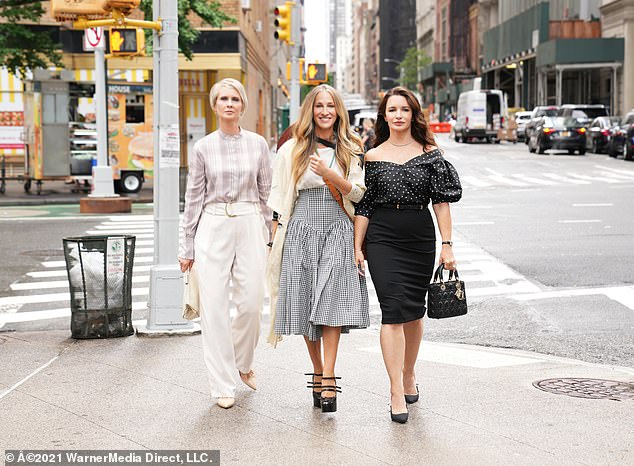 Michael Patrick King said in a statement: ‘The fact is, we’re all thrilled. And Just like That… our Sex life is back ‘

However, Deadline wrote in its review that it felt like the ‘problematic’ series added the ‘awkward’ new characters in an attempt to ‘check a box,’ and slammed executive producer Michael Patrick King for not updating the original characters enough.

‘There are far too many 2021 cultural touchstones and new characters are awkwardly parachuted into the luscious looking … revival of sorts, as if to check a box,’ they wrote.

‘Additionally, far too many of the original characters (now in the dusk of middle age) in the show … are pretty much unchanged from who they were all those years ago – which is true and problematic.’ 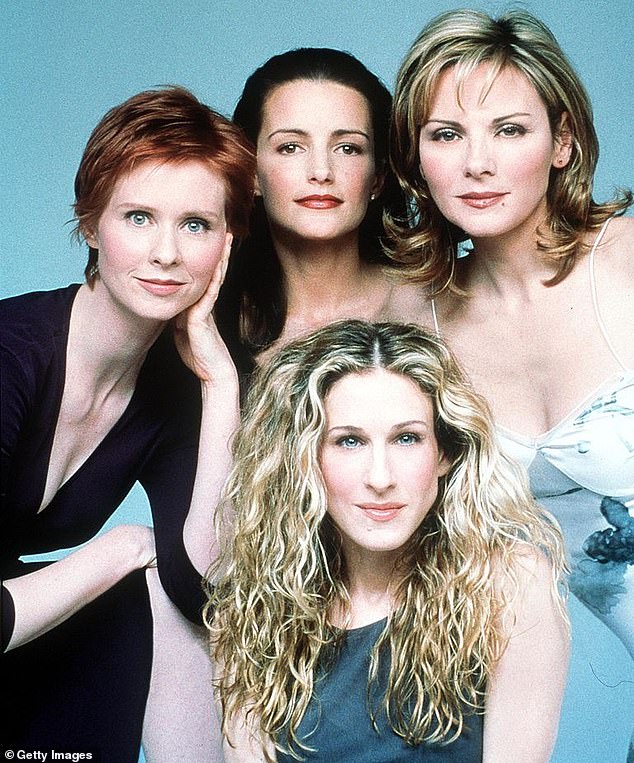 The original show aired in June of 1998 and went on for six seasons before it concluded in February of 2004. It was based on the book of the same name by Candace Bushnell

She even dissed the showrunners for trying to ‘play catch up’ and ‘generate headlines.’

She wrote: ‘The zippy, intimate, charmingly featherlight landmark HBO series of yore has been replaced by yet another bloated streaming-service grief-com, the latest piece of intellectual property back in zombie form to generate headlines, pique nostalgia and ultimately disappoint us .

‘In previous iterations, its moments of emotional groundedness and deepening characterization had hit as hard as they did because of their contrast to the show’s essential tutu-cavorting buoyancy – a fact that the sequel misses entirely.

‘Detracting even more from the show’s innate sense of fun is its many mea culpas for the criticisms the show has received since its departure from the air nearly 20 years ago. If Sex and the City once drove the culture, it’s playing catch-up now. ‘

The Guardian also called the show ‘terrible,’ and claimed that it ‘reduced’ the formerly-iconic trio into ‘confused failures.’