Alec Baldwin is preparing to appear on camera again following the death of Halyna Hutchins, the cinematographer who was shot and killed on the set of his film Rust.

The actor, 63, will be arriving in Rome over the weekend to begin filming two Italian films, Kid Santa and Billie’s Magic World, according to Variety.

The films, which are being produced by Alec and his brother Daniel Baldwin, who is also starring in the two movies, will soon begin shooting in Rome.

Gianluca Curti, the chief of Italy’s Minerva Pictures, told Variety Alec will be arriving to Rome on Saturday. His brother di lui is already in the historic city.

Alec Baldwin is preparing to appear on camera again following the death of Halyna Hutchins, the cinematographer who was shot and killed on the set of his film Rust

Kid Santa and Billie’s Magic World are both by Italian director Francesco Cinquemani, who previously worked with Alec on the 2015 film Andron. He also directed the 2021 film The Christmas Witch, which starred Alec’s brother William Baldwin.

The two films are being billed as ‘live-action / animation family Christmas comedies’, according to Variety.

Cuti told the site the Baldwin brothers will be in Rome for four weeks shooting the two movies’ live action scenes.

Curti also said Alec’s participation in the two films preceded the fatal shooting on the set of Rust. 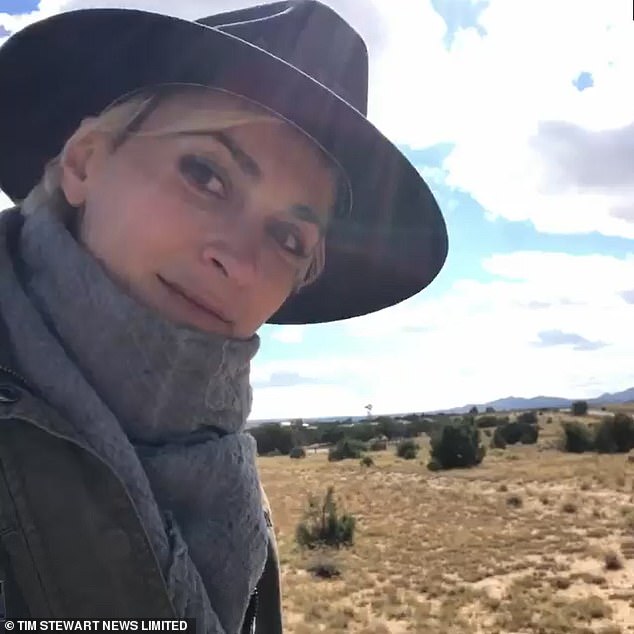 Alec’s participation in the two films preceded the fatal shooting on the set of Rust, Gianluca Curti, the chief of Italy’s Minerva Pictures, told Variety

Deadline, meanwhile, reports the brother working with Alec is not Daniel but William. According to the site, the brothers will be doing both live-action acting and voice work.

Alec has been dealing with an ongoing wrongful death lawsuit over the on-set shooting death of Hutchins.

The cinematographer, 42, died on October 21 last year when a prop gun used in the film Rust was fired by Alec after he was told it wasn’t loaded, shooting her in the chest.

Director Joel Souza was also injured from Baldwin’s prop gun, though he survived his injuries.

Earlier this month, lawyers for the film’s armorer, Hannah Gutierrez, released a statement condemning the actor for pointing his firearm at crew members despite that being a violation of safety protocol. 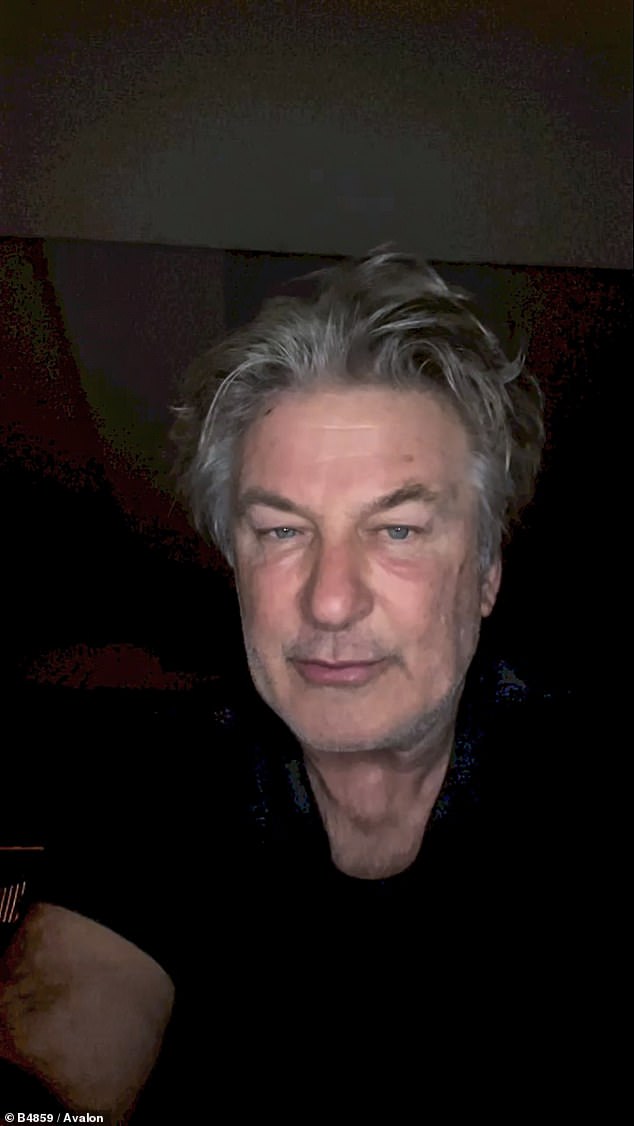 ‘Mr. Baldwin knew that he could never point a firearm at crew members under any circumstances and had a duty of safety to his fellow crew members, ‘attorney Jason Bowles said in a statement obtained by ABC. ‘Yet he did point the gun at Halyna before the fatal incident against all rules and common sense.’

Bowles added that the monitor on set was broken on the day of the fatal shooting which ‘further prevented Hannah from knowing what was going on inside the Church,’ ABC reported.

This statement was in response to new documents in the wrongful death lawsuit against Baldwin and the production filed by Hutchins family.

Baldwin appeared to pass the blame onto the victim in an arbitration demand and claimed that his contract shielded him from any financial responsibility related to Hutchins’ death. 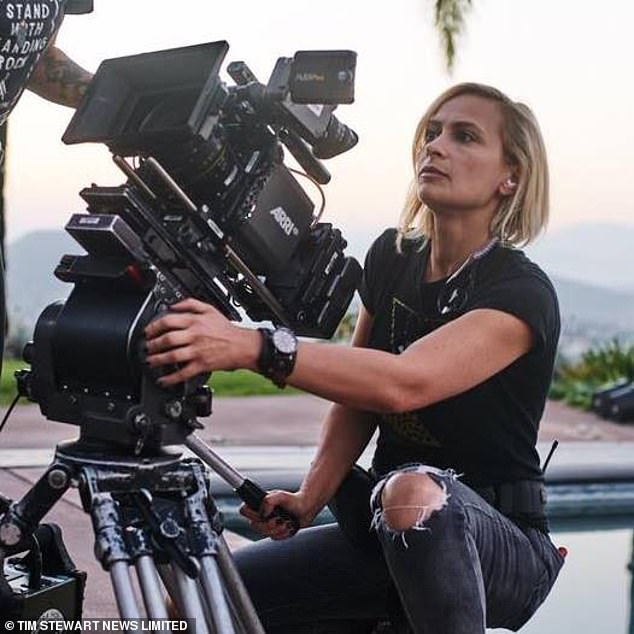 Tragedy: Alec has been dealing with an ongoing wrongful death lawsuit over the on-set shooting death of Hutchins, the cinematographer on his film Rust, who was killed during a rehearsal on October 21 last year

Despite the tragedy, Baldwin had attempted to convince cast and crew to finish filming Rust in Hutchins’ honor in the weeks after the shooting and have the proceeds from the movie go toward a settlement with the woman’s husband, Matthew Hutchins, and nine-year- old son, according to the filing.

The filing also revealed that Baldwin and Matthew had been exchanging text messages.

The Hutchins lawyer, Brian Panish, hit back at the actor: ‘Alec Baldwin once again is trying to avoid liability and accountability for his reckless actions before and on October 21st that resulted in the death of Halyna Hutchins,’ Panish told Deadline.

‘Baldwin’s disclosure of personal texts with Matt Hutchins is irrelevant to his demand for arbitration and fails to demonstrate anything other than Hutchins’ dignity in his engagement with Baldwin.

‘It is shameful that Baldwin claims Hutchins’ actions in filing a wrongful death lawsuit derailed the completion of Rust,’ Panish added. ‘The only action that ended the film’s production was Baldwin’s killing of Halyna Hutchins.’

The Emmy-winning actor also claimed that he was following Halyna Hutchins’ directions when he pointed what turned out to be a gun loaded with live rounds at her on the set of the movie Rust and pulled the trigger, killing the cinematographer. 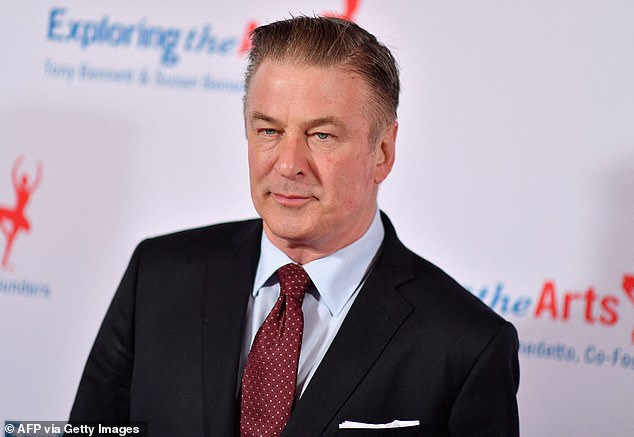 Baldwin has been named as a defendant in multiple lawsuits that have been filed in connection with the fatal shooting.

In an interview with George Stephanopoulos for ABC, the actor claimed the gun went off while he was practicing his blocking for the scene, with Hutchins instructing him to point the gun to the side of the camera in her direction.

The shooting is currently under investigation, and a search warrant was issued in late December for Baldwin’s cellphone, which he was seen talking on shortly after the shooting.

The warrant give police permission to go through all text messages and photos he might have, along with stored location data.

His latest court filings doubled down on his assertion that, while the death was tragic, he is not responsible.

‘This is a rare instance when the system broke down, and someone should be held legally culpable for the tragic consequences. That person is not Alec Baldwin, ‘according to the filing. ‘October 21 was also the worst day in Alec Baldwin’s life. That day has and will continue to haunt Baldwin. ‘

‘An actor cannot rule that a gun is safe,’ the filing said. ‘That is the responsibility of other people on the set.’

According to the document, Hutchins instructed Baldwin how to hold the gun.

‘She directed Baldwin to hold the gun higher, to a point where it was directed toward her,’ the filing stated. ‘Lei She was looking carefully at the monitor and then at Baldwin, and then back again, as she gave these instructions. In giving and following these instructions, Hutchins and Baldwin shared a core, vital belief: that the gun was’ cold ‘and contained no live rounds.’

Baldwin then asked Hutchins if she wanted him to pull back the hammer on the Colt, and she allegedly said yes.

The actor pulled back the hammer ‘but not far enough to actually cock the gun,’ the filing said. When Baldwin let go of the hammer, the gun discharged.