Couple are left shocked after blundering Shell Energy said they had spent £ 1.9 BILLION on gas over one minute period

By Jessica Warren For Mailonline

A young couple from were left shocked after being told they had used £ 1.9 billion worth of gas in just one morning.

Sam Mottram and Maddie Robertson, both 22, were told by energy supplier Shell that they spent the amount for one minute of energy on Saturday, March 5.

It was 15 per cent of the UK’s total household expenditure on gas and electricity – £ 12.1 billion – and would have been enough energy to power more than 2,700 stadium football matches.

The pair, who live in a two-bedroom flat in Harpenden, Herts, should typically spend around £ 1,300 a year on their gas and electricity under new price hikes.

Sam Mottram and Maddie Robertson, both 22, discovered the nine-figure sum on their Shell Energy App earlier this month 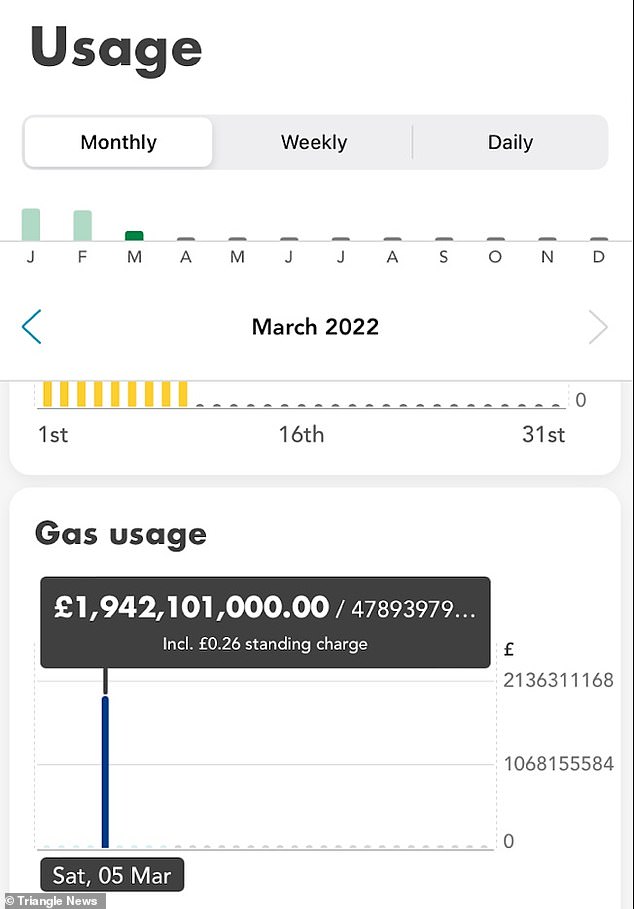 The couple were given a £ 1.9 billion bill for one minute of gas. They discovered the cost after being prompted by the app to update their direct debit details

They spotted the billion pound figure on their Shell Energy app after notified to update their direct debit details.

Mr Mottram, a car mechanic, said: ‘Maddie thought I’d got the numbers wrong, she thought I was being daft.

‘I got a notification on my phone saying I need to update my direct debit and thought that was a bit weird.

‘I knew prices were going up but I didn’t think that much.’ 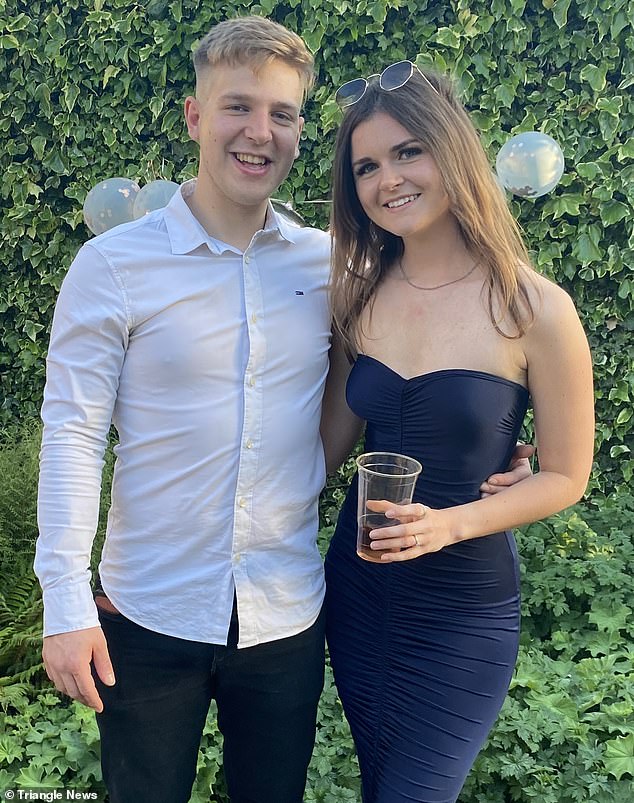 Shell told the couple the £ 1.9 billion fee was likely a technical glitch, and that they would not have to pay the sum

Ms Robertson, a teacher, said that she went into ‘stern mode’ to tell her partner he had read the numbers wrong.

But she was just as stunned when she saw the figure covering the length of his phone screen.

Shell’s mobile app helps the pair stay on top of their energy bills but they never imagined they would open it to see a £ 1.9 billion charge.

Shell promised the couple that they won’t have to pay the nine-figure sum and assured them it is likely a technical glitch.

A Shell Energy spokesperson said: ‘This was an error in our app that affected a small number of customers, and we don’t expect Sam and Maddie to pay for the world’s supply of gas.

‘Any customers with the same app error can be assured that it won’t have any impact on their direct debit payments.’

Across the UK, record high gas prices are pushing up household payments.

Consumers are bracing for a jump in bills, with the energy price cap set to increase by £ 693 to £ 1,971 a year for standard variable tariffs from April 1.

Billpayers have been receiving messages telling them how much their gas and electric costs will rise next month.

At the start of March, UK wholesale gas prices – the price paid by energy companies – briefly topped £ 4.50 per therm. It then settled at around £ 4, more than ten times the level a year ago when it was around 35p.

Experts said that if it remains at this price, household gas bills for millions of Britons already squeezed by the cost of living crisis could exceed £ 3,000-a-year by the autumn.

Oil is also on the rise, with the average price of a liter of fuel on forecourts now at 167p for petrol and 179p for diesel.