A doctor suffers from tinnitus that almost made him crash his car while driving home from getting the Covid jab that he believes could be a new side effect.

Dr Gregory Poland, 66, was heading back from getting his second Moderna inoculation last year when he started hearing a piercing whistling sound.

More than a year later the sound remains, with Dr Poland confident the tinnitus is the result of the vaccine.

Dr Gregory Poland, 66, was heading back from getting his second Moderna jab last year when he started hearing a piercing whistling sound

‘It startled me,’ the founder and director of the Mayo Clinic’s Vaccine Research Group in Minnesota told Seven News.

‘I thought it was a dog whistle going off right next to me.’

The claim is yet to be backed up scientifically by either Dr Poland or other experts, but the Centers for Disease Control and Prevention investigated reports of the condition in vaccine recipients.

The condition is more commonly caused by ‘acoustic trauma’, regularly found in military personnel who are around gunfire and explosions.

Construction, hospitality, and entertainment workers can also develop it if they spend enough time around loud machinery or music. 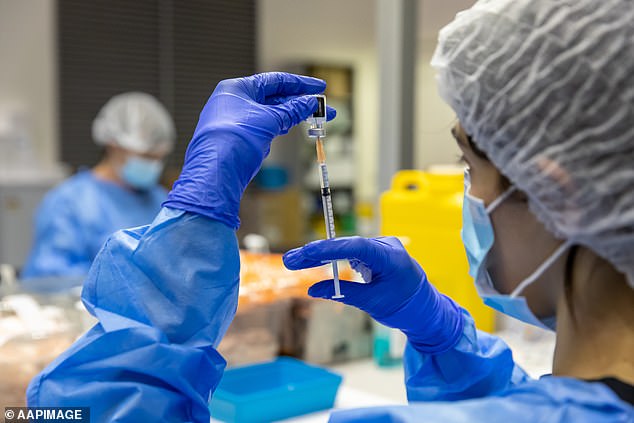 There is evidence vaccines may worsen previous cases of ear ringing, but there is little research conducted to determine whether it could cause the condition.

Dr Poland, an adviser for vaccine producers Johnson & Johnson and Moderna, is working closely with patients dealing with side effects as a result of getting the jab and boosters.

He remains committed to investigating instances of tinnitus that arose after patients got Covid vaccines.

‘As a physician who’s taken an oath to first do no harm, I think about these things,’ Dr Poland said.

‘I refuse to be anything less than transparent. I refuse to cherry-pick the information that should be presented to people to make good decisions. ‘

A recent study in the JAMA medical journal analyzed 555 reports of hearing loss as a result of the vaccine from VAERS, the US national vaccine safety surveillance program. 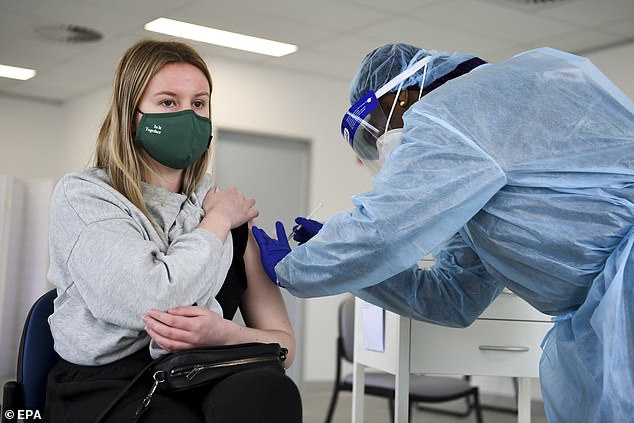 They researched instances of hearing loss between December 2020 and July 2021, with the number of cases developed after receiving the vaccine proportionate to those in the rest of the population.

Having Covid itself has been linked to tinnitus, including Texas Roadhouse restaurant chain chief executive Kent Taylor, who committed suicide aged 65 last year after a year of the relentless condition.

Pfizer said it was taking the reports ‘very seriously’.

‘Tinnitus cases have been reviewed and no causal association to the COVID-19 vaccine has been established,’ it said.

Johnson & Johnson said it identified patients with tinnitus in trials but said it was unable to ‘establish a causal relationship to vaccine exposure’.