Company directors at a Birmingham firm have been accused of putting ‘unsafe’ hand sanitiser on the market during the Coronavirus pandemic, a court has heard.

Big Living Ltd are alleged to have supplied hundreds of containers of hand gel with less than 30 per cent alcohol, but advertised that they contained 80 per cent, Birmingham Magistrates Court has heard.

It is also alleged that the firm, based in Digbeth, led trading standards officers on a ‘wild goose chase’ as they attempted to track the product to ensure it was taken off the market, according to Birmingham Live.

Big Living, based at Birchall Street, Digbeth, denies two charges of placing an unsafe product on the market, one count of engaging in a misleading commercial practice and one offence of misleading advertising.

Jeewan Sagu, 40, and Sajika Sagu, 36, both from Moseley are named directors of Big Living, which was liquidated last year, and have pleaded not guilty to the same offences.

The pair are also involved in Desktop IT, an IT support company, also based in Digbeth. The company was represented by director Robert Hiley at the hearing on Monday (March 21).

The product label claimed the gel ‘kills 99.9 per cent of germs’. But Prosecutor Mark Jackson, representing Birmingham City Council, told the court that it ‘wouldn’t kill anything, and certainly wouldn’t kill coronavirus.’

‘What this case is about is the misleading supply of hand sanitiser during the Covid-19 pandemic,’ he said.

Tests on an original sample of the product found it had 27.6 per cent alcohol, and not the 80 per cent advertised on the label. Other samples tested during the investigation were found to have around 60 per cent.

Mr Jackson told the court Big Living, which is listed as selling home improvement items and clothing and footwear, ‘produced’ the sanitiser by re-branding it under Mr Sagu’s trademark name Chemist Plus.

He added it is not known who manufactured the gel. 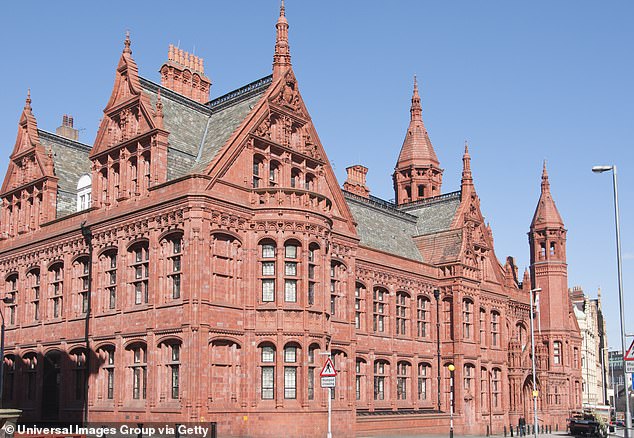 The case is being heard at Birmingham Magistrates Court

Concerns were raised about the product in July 2020 after a consumer purchased the gel on eBay from a wholesaler, who had obtained it from Big Living.

Mr Jackson told the court trading standards were alerted but when they contacted the business, Mr Sagu claimed the hand gel was supplied by another wholesaler.

He said over the course of the next few months, council officers were ‘misled’ as to where Big Living, run by Mr Sagu, had obtained the sanitiser and who they had supplied it to.

‘They had been supplying this stuff all over the place and keeping it a secret,’ he said.

‘They were asked to give urgent information to the officer to track where the unsafe product has gone.

‘At best officers were being misled. At worse they were being completely and utterly dishonest.

‘The reality is even now officers don’t know who they have sent this stuff to because they haven’t bothered to tell them.’

He added that Jeewan Sagu gave ‘misleading information and failed to cooperate with the investigation’, and said that co-defendants Rajika Sagu and ‘Desktop IT’ showed a ‘dereliction of duty’ in their roles as named directors of Big Living.

‘There was an absolute lamentable attitude by this company and directors to the attempts made by these officers to track an unsafe product they placed on the market during the pandemic,’ he said.

‘Officers were being misled left, right and center.’