British businessman, 47, is trapped in Costa Rica after suffering gangrene of the genitals following a horror reaction to routine surgery – as his family battle to bring him home for treatment

By Darren Boyle for MailOnline

A British businessman who underwent a minor surgical procedure in Costa Rica in January spent nine weeks fighting for his life after a flesh eating bug infected his genitals.

Colin Graw, 47, was discharged after the surgery but within four days he was in tremendous pain as the deadly necrotising fasciitis bacteria attacked his genitals.

Surgeons were forced to remove large sections of the affected area as the dead tissue spread rapidly. 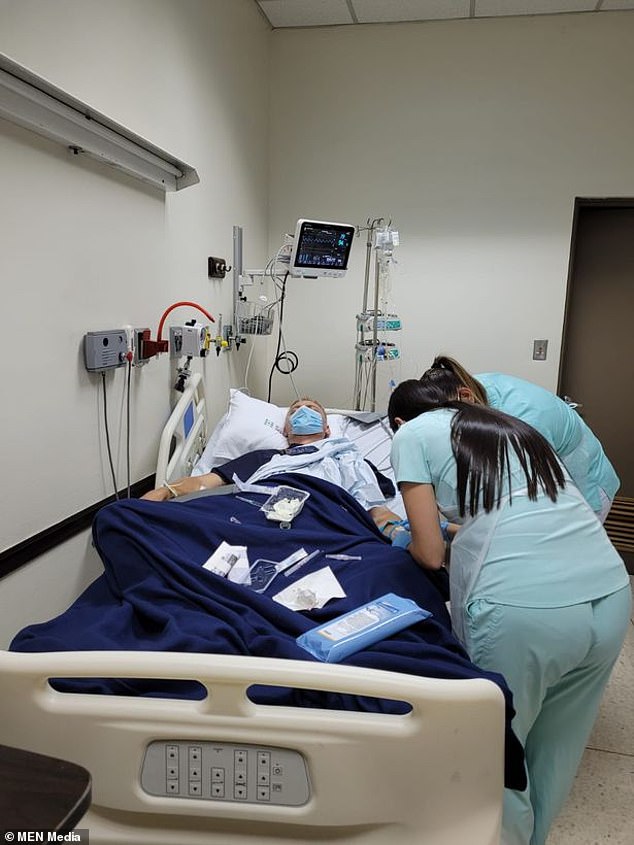 Mr Graw, pictured while in hospital in Costa Rica, spent nine weeks fighting for his life after

Medics struggled to identify the correct antibiotic to tackle the infection, leaving him in a critical condition.

Following his marathon hospital stay, he is still being given a spectrum of antibiotics to kill off the infection.

Despite being treated in a Costa Rican public hospital, Mr Graw has been left with a bill for £ 80,000 for his treatment to date although this is expected to rise to £ 150,000.

According to Ms Willis, doctors diagnosed Fournier’s Gangrene and were forced to remove layers of infected skin until they found healthy tissue.

Ms Willis said: ‘It’s been absolutely horrific for him, he is in exceptional amounts of pain, he can’t sit properly- he only had a 30 per cent chance of survival because it’s such a rare bacterial infection and there aren’t many antibiotics that can treat these types of infections. ‘

She said it was ‘awful’ being so far away from her brother when he was suffering a ‘near death experience’.

Despite being discharged from hospital, Mr Graw has to attend hospital three times a week to keep various infections from spreading.

Ms Willis said: ‘They’re still trying to fight off infections that are highly resistant to antibiotics. He is too ill to travel so we’re not in a position to get him home. ‘ 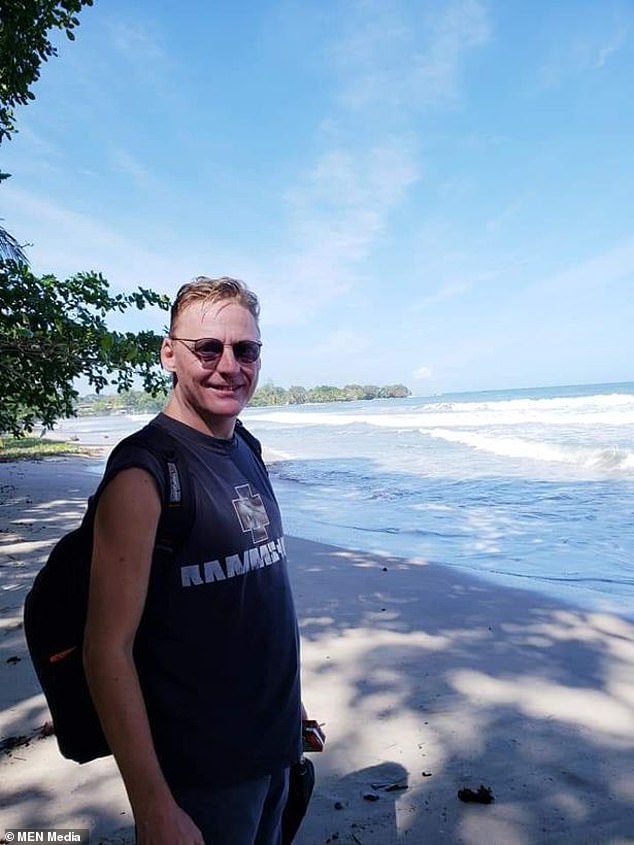 Mr Graw’s sister Tanja Willis, 49, has launched a GoFundMe to raise funds for the businessman who has medical bills of more than £ 80,000. He is facing a further £ 70,000 in debts before his treatment is complete

Doctors have told Mr Graw that he has beaten the flesh eating bug, but without further treatment he will not be able to return home to the UK.

Ms Willis said: ‘I think he was exceptionally unlucky to contract bacteria like that. He was on the beach one day, and three days later he was in hospital fighting for his life di lui, it happened so quickly. It was just supposed to be a day procedure – he just got an infection and it literally escalated from something minor to him being lying on his death bed. ‘

Ms Willis said she has launched a GoFundMe to help her brother cope with his bills.

She added: ‘I want him to be able to focus on his recovery and not have to worry about finances and how he’s actually going to recover from the financial impact of this.

‘I spoke to him yesterday and he said to me over the phone, he is absolutely shell shocked and overwhelmed by all the messages of support he has received from all over the world.

‘We can’t help him physically but what we can do is lighten the financial burden for him and I am so grateful to all of the donations we have received from people all over.’

WHAT IS FOURNIER’S GANGRENE?

Fournier’s gangrene is a life threatening infection that causes skin and tissues on the genitals to rot.

It was originally reported by Baurienne in 1764 and by Fournier in 1883 as a rapidly progressing gangrene of the perineum area in both men and women.

It typically presents in patients who are immunocompromised and overweight, in particular diabetics.

Pain and fevers are the main symptoms.

Prompt diagnosis and immediate treatment is critical due to how quickly the infection can progress.

It refers to the decay and death of tissue resulting from an interruption of blood flow to a certain area of ​​your body.

Gangrene can occur in the muscles and internal organs.

Treatments for gangrene include surgery to remove dead tissue, antibiotics and other approaches.