Retailer Next has warned it expects its prices to shoot up at a faster pace than anticipated as retailers grapple with the effects of surging inflation, exacerbated by the Russian invasion of Ukraine.

The fashion to homeware chain, which trades from 500 stores and online, also used the publication of its full year results to January to say it was expecting an £ 85m hit to sales in its current financial year as a result of its decision to halt sales in both Russia and Ukraine.

It said that a weaker outlook globally was a factor too behind the new guidance – offsetting strength in its core UK market.

The company’s improved UK outlook was based, Next said, on a low jobless rate and strong consumer earnings despite the Office for Budget Responsibility warning on Wednesday that the country faced the largest drop in living standards since the 1950s as a result of surging inflation.

It revealed its update hours before a survey for the CBI suggested that the retail sector was starting to see the impact of higher prices on consumer spending power.

Its principal economist, Martin Sartorius, said: “Retailers had a mediocre March, with sales reported as being below seasonal norms.

“The cost-of-living crisis is looming large across the sector, as households’ wallets are being hit by the fastest rate of inflation in decades.”

He said that measures in the chancellor’s spring statement in support of family budgets fell short, adding: “Further action will be needed to galvanize consumer confidence, shore up incomes, and support spending on UK high streets in the tough months to come.”

Next revealed in its statement that it was not immune from the rising cost pressures, which have accelerated in the wake of war in Europe and are only expected to intensify as the year progresses as energy, food and other essential bills go up.

But it admitted: “It would be wrong for Next to imply that it had any special insight into how all these uncertainties will translate into sales growth for the group. 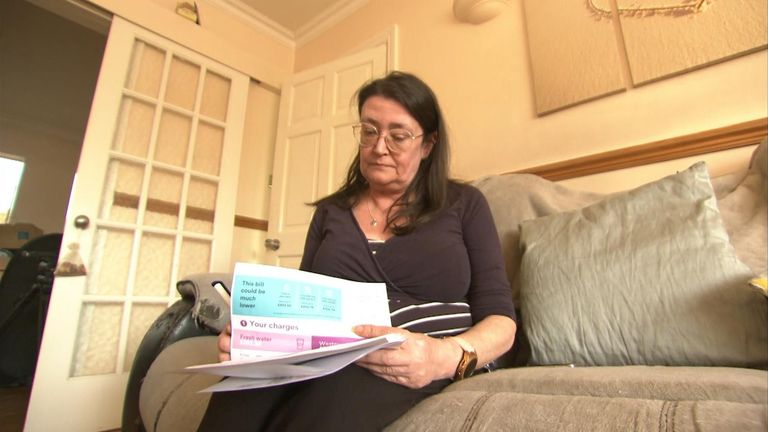 ‘We’re getting worse and worse off’

“Our central guidance represents our best guess, based partly on our assessment of the economy but also on our instinct and the evidence we have from our sales so far this year.”

Its outlook for the UK was aided by a better than expected start to the current year for store sales with a sharp reversal of lockdown fashion trends seeing a return to more formal dresswear and a reduction in spending on home and very casual clothing.

Shares rose by 2.6% at the market open but later fell back to be 3% down on the day.

Emily Salter, senior apparel analyst at GlobalData, said of the company’s update: “Though Next does not state this as a driver for reducing its forecast, the outlook for inflation is worse than in January when it gave its original guidance.

“Inflation has increased further, not least because of the impacts of the Russian invasion of Ukraine, and yesterday’s (spring statement) announcement will do little to ease the squeeze on consumers’ discretionary incomes. “