By Ashleigh Gray For Dailymail.Com

She is set to make her Broadway debut as Roxie Hart in Chicago next month.

And Pamela Anderson looked every inch of her seductress character as she turned heads while out in New York City on Wednesday.

The 54-year-old blonde bombshell donned a crisp white button-up shirt that she tucked into beige slacks.

Pammy hit the Big Apple in sexy nude pumps that showed off a crimson pedicure, which coordinated nicely with her red lipstick.

The former Baywatch star also showed off a blood red manicure as she carried a black leather handbag.

Pam’s signature platinum blonde locks looked luscious as she wore them in a side part with voluminous curls that tumbled over her shoulder.

The entertainer’s blue eyes popped with the help of perfectly applied black eyeliner to give her a flawless cat eye.

She cuffed the sleeves of her shirt and made use of only two low buttons, giving her a plunging neckline. 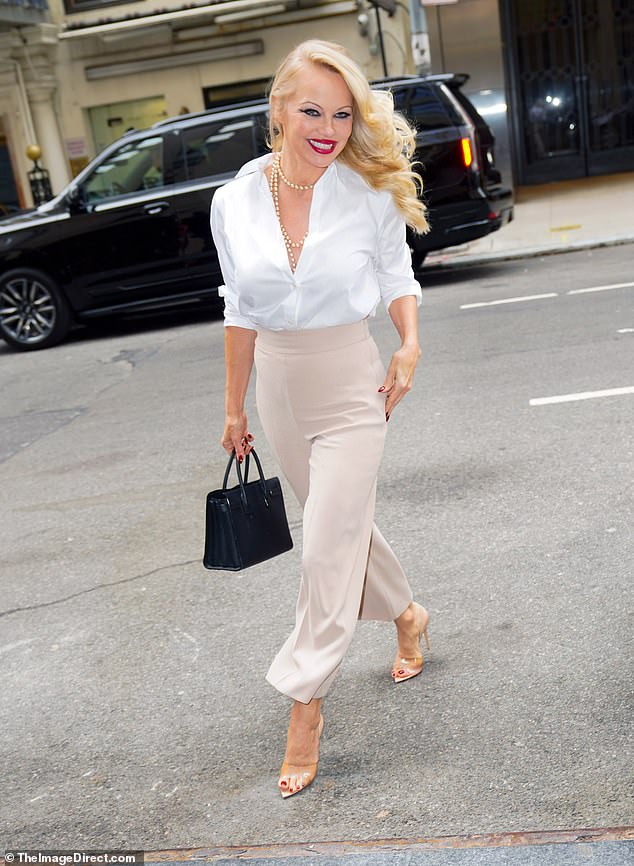 The actress played up the look by wearing a long string of pearls around her neck that sat in the pocket of her cleavage.

The former Playboy Playmate served up warm smiles, displaying a high-spirited mood as she greeted fans in the bustling city.

Earlier in the day she made an appearance on Good Morning America in a stunning white dress.

Busy bee: Earlier in the day she made an appearance on Good Morning America in a stunning white dress

She added to her look with a pair of perspex heels by Gianvito Rossi, while her hair cascaded across one shoulder in tousled curls.

She stopped by the talk show to discuss her forthcoming Broadway debut as the iconic Roxie Hart in Chicago.

Pam recently said the fishnet-clad character was one she’s been ‘rehearsing her whole life’ to play.

She’s set to embody the feisty Roxie from April 12 to June 5 and called the gig a ‘dream role.’ 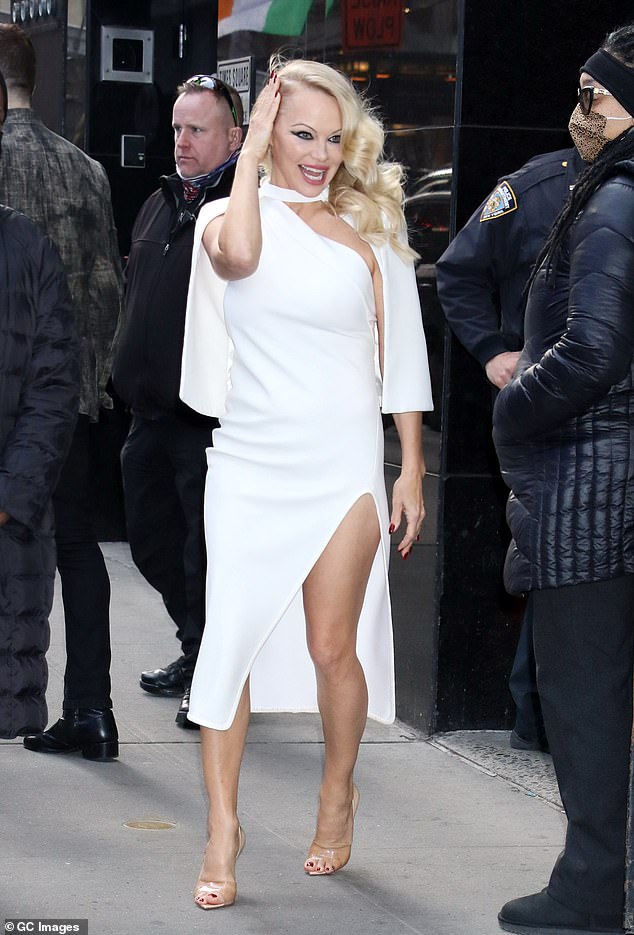 Press rounds: Pam has been talking up her forthcoming Broadway debut as the iconic Roxie Hart in Chicago

Expounding on the character Anderson stated, ‘I think fame for Roxie is freedom,’ she said in an interview on Wednesday.

‘It’s not just about being famous, it’s about having freedom and having attention in a loving way, so I can relate to a lot of the stuff in the show.

‘There is a darkness to it,’ she said. ‘There’s also a darkness to the media and real life. It’s a very interesting play and it’s iconic. It lasts forever because it’s a great story. And there’s always something underneath all the glamor that makes it even more glamorous. ‘ 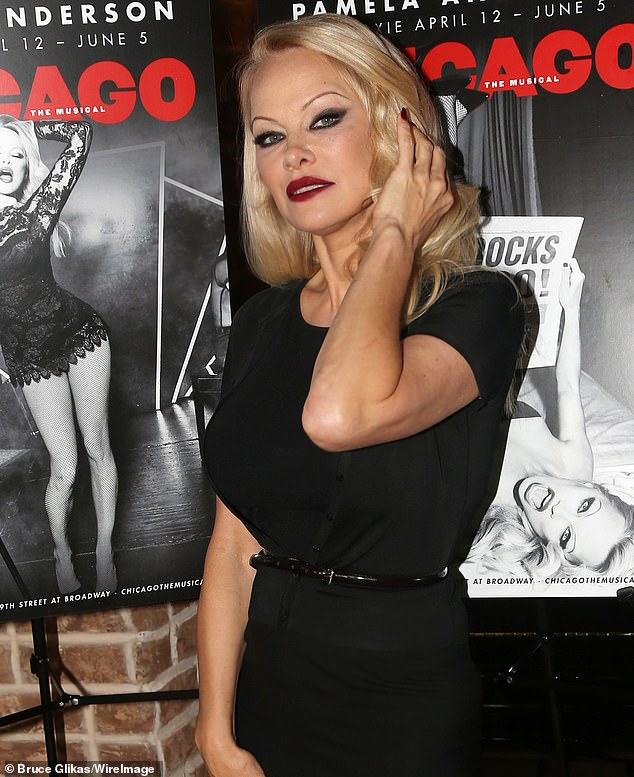 Role of a lifetime: Anderson is set to embody the feisty Roxie from April 12 to June 5 and called the gig a ‘dream role’