The failure of more than 30 energy suppliers since the beginning of last year will add up to £ 2.4bn to UK household bills

By Sadie Whitelocks For This Is Money

The energy suppliers who picked up the pieces when dozens of their rivals collapsed over the last year could be paid £ 2.4 billion from energy bills.

The charge will be spread across all households in Great Britain, and will likely reach between £ 2.2 billion and £ 2.4 billion, regulator Ofgem has revealed.

More than 30 energy suppliers have gone out of business since the beginning of last year.

Industry experts say that some of these companies were poorly run, but others were responsible businesses that were simply not able to withstand the giant rise in wholesale gas prices over the last year.

The energy suppliers who picked up the pieces when dozens of their rivals collapsed over the last year could be paid £ 2.4 billion from energy bills, a watchdog said

When a supplier goes out of business, its customers are picked up by one of its rivals, ensuring users are kept on supply.

But this comes with costs to the new supplier, which is able to claim back the money from the rest of the market.

The system under which Ofgem transfers customers of collapsed providers over to other firms is called the supplier of last resort (SoLR) regime.

During the Business, Energy and Industrial Strategy Committee’s evidence session held yesterday as part of its inquiry into energy pricing and the future of the energy market Gillian Cooper, the head of energy policy at Citizens Advice, told members: ‘We need to move to a world where the costs of failures are not fully borne by energy bill payers.

‘We have estimated that the costs of all these energy supplier failures is going to cost in excess £ 2.4 billion. That is about £ 94 per household. ‘

Cooper added that the cost does not include the failure of Bulb Energy which collapsed in November. 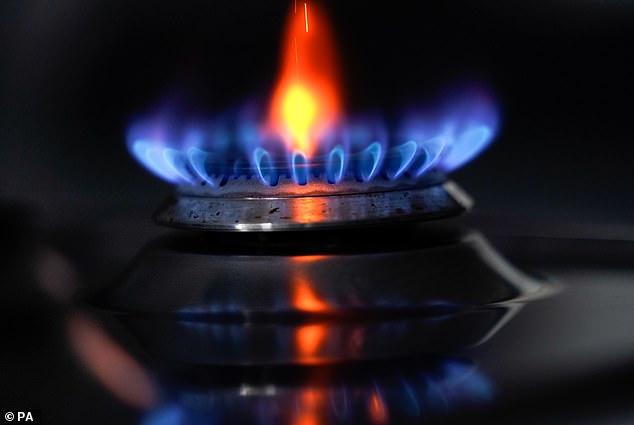 According to Citizens Advice, the charge could add as much as £ 94 to an average household bill at a time when energy costs are set to go through the roof anyway

Rather than its customers being transferred to another firm under the SoLR regime, the company was instead placed in Special Administration and consultancy firm Teneo was appointed to take over its affairs.

Last week, the BEIS Committee published a letter from its Chair, Darren Jones MP, to the Business Secretary Kwasi Kwarteng, asking why Teneo had been banned from buying wholesale gas at hedged prices.

The Chair outlined his concern that this hedging ban will cost the taxpayer at least £ 1.3bn more than the original £ 1.7bn estimated cost caused by Bulb’s collapse.

In evidence provided to the Business, Energy and Industrial Strategy Committee, Ofgem said that a vast majority of the billions that companies will claim – 85 per cent – will be to buy enough energy in advance to supply their new customers.

According to Citizens Advice, the charge could add as much as £ 94 to an average household bill at a time when energy costs are set to go through the roof anyway.

The actual final bill of depends on how much energy is used. The cap limits the cost of electricity to 28p per kilowatt hour (kWh) and the price of gas is capped at 7p.

At current predictions average bills could rise by another £ 1,000 per year from the beginning of October. Ofgem said that the figure is still ‘subject to significant uncertainty’.

The proportion of the costs that suppliers are claiming to refund customers’ balances from collapsed peers is 3.6 per cent, but this could rise as high as 10 per cent – or around £ 240million.

It said that payments need to be made ‘promptly’ to make sure that the new suppliers are not put in financial difficulty from taking on the customers of their collapsed rivals.