A NOMAD has revealed some of the challenges that come with living in a van.

The woman, named Meadow, who also sells crystals on Etsy, said people who want to live and travel in a van should expect to garner some unwanted attention and unexpected guests.

GET READY FOR UNPLEASANT INTERACTIONS

“No matter what you do, if you park somewhere and exit the van and people are there, they will stare at you like crazy,” Meadow shared.

Even worse, she claimed she got screamed at for simply parking her mobile home – even though it was a completely legal spot.

“Just last week, I was pulling up at a gas station to get some snacks and the lady working there started yelling at me at the top of her lungs saying that I could not sleep there for the night, but I was there in the middle of the day with no intention to stay there, “she recalled.

THINGS MAY GET CREEPY AND CRAWLY

Secondly, Meadow warned people that they will need to keep “a lot” of bug repellent with them. 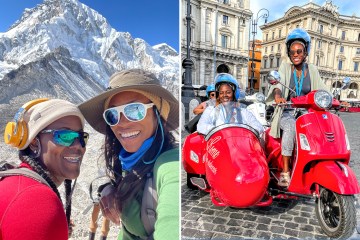 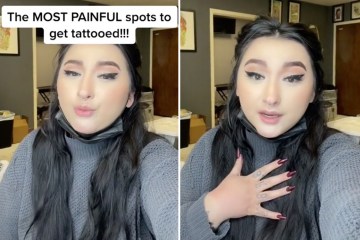 “One time during one of my trips, I drove 200 miles north just so that I could open my doors without flies constantly coming in and bothering me,” she claimed.

She added that she “drenched” her entire van in bug spray at the time.

“I think this one is really obvious, but there’s not really a lot of room in here,” Meadow noted.

“There’s also not a lot of room for my stuff, so things tend to get everywhere.”

She also said that times during which her van is clean are “rare.”

And despite the obstacles Meadow faces, she takes every chance she gets to live her life on the road.

In fact, after her van was done getting worked on in early March, she admitted she packed it up and left as quickly as possible to start her next crystal-finding adventure.

Previously, two people who got married after meeting on TikTok and now travel the US together in an ambulance were also open about life on the road.

They told The Sun it’s one of the cheapest styles of living, but it’s up to each individual to determine how luxurious they want their nomadic lives to be.

Do you have a story for The US Sun team?