She’s back in Australia to attend the Melbourne Food & Wine Festival.

And Nigella Lawson oozed sophistication for an event at Treasury Gardens on Friday.

The culinary goddess, 62, looked remarkably youthful in a chic white pantsuit that flattered her curves as she mingled with guests at the idyllic outdoor setting.

Incredibly chic: Nigella Lawson, 62, oozed sophistication as she attended an event for the Melbourne Food & Wine Festival at Treasury Gardens on Friday (pictured)

Her shoulder-length brunette locks were styled in loose waves, and her makeup was elegant, consisting of defined brows, lashings of mascara and a glossy nude lipstick.

The beloved home cook appeared in great spirits as she wandered through the gardens, and was spotted hamming it up for the cameras with her former MasterChef Australia co-star Matt Preston. 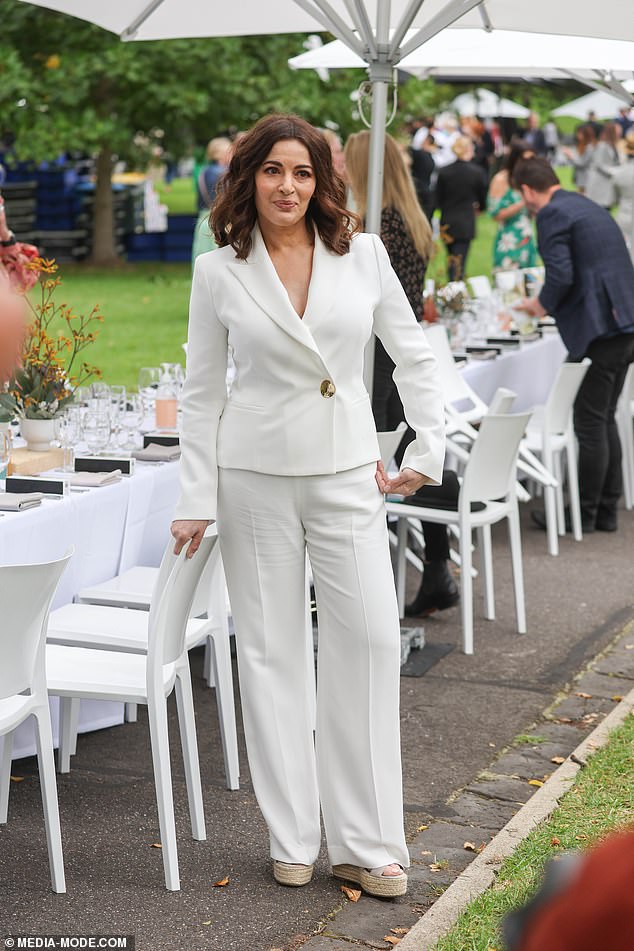 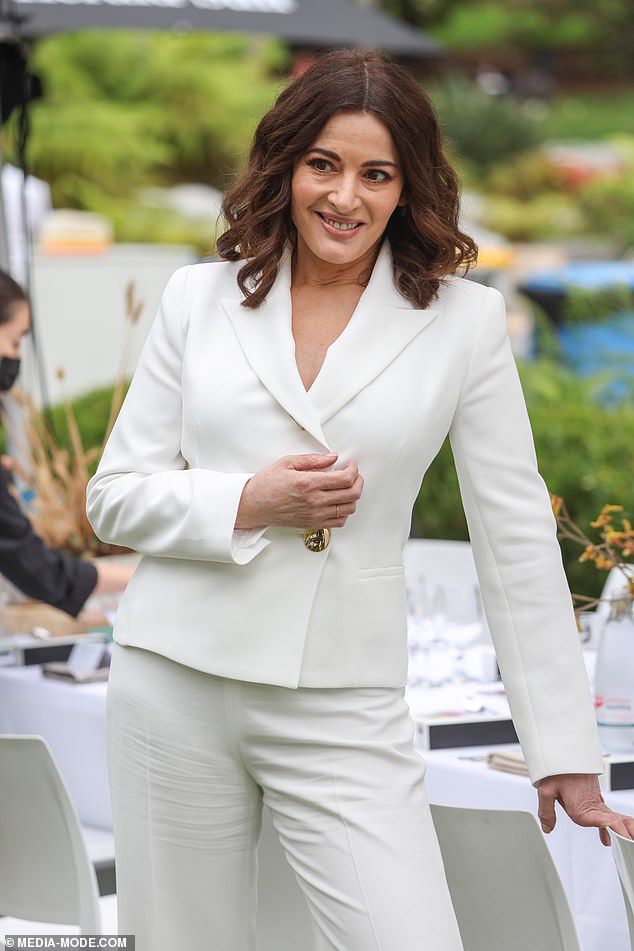 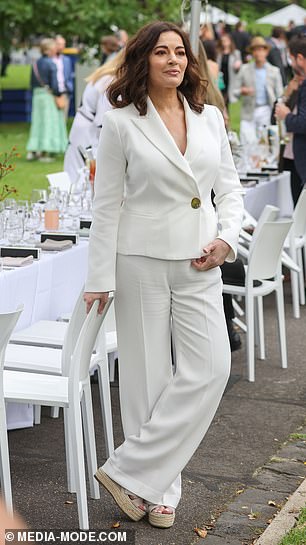 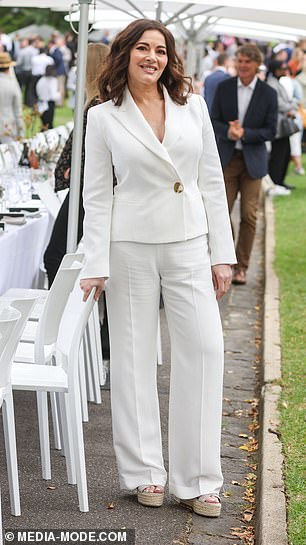 Picture-perfect: The beloved home cook looked to be in her element as she posed for photos in the idyllic surrounds

Matt, 60, made a style statement in a purple checkered three-piece suit, with a crisp white dress shirt, a floral pocket square and a black and white polka dot cravat.

The sighting comes after Nigella appeared on The Project on Tuesday evening.

During an interview on the show, she revealed that there are a number of words she pronounces incorrectly for fun, after she sparked controversy for how she says ‘microwave’. 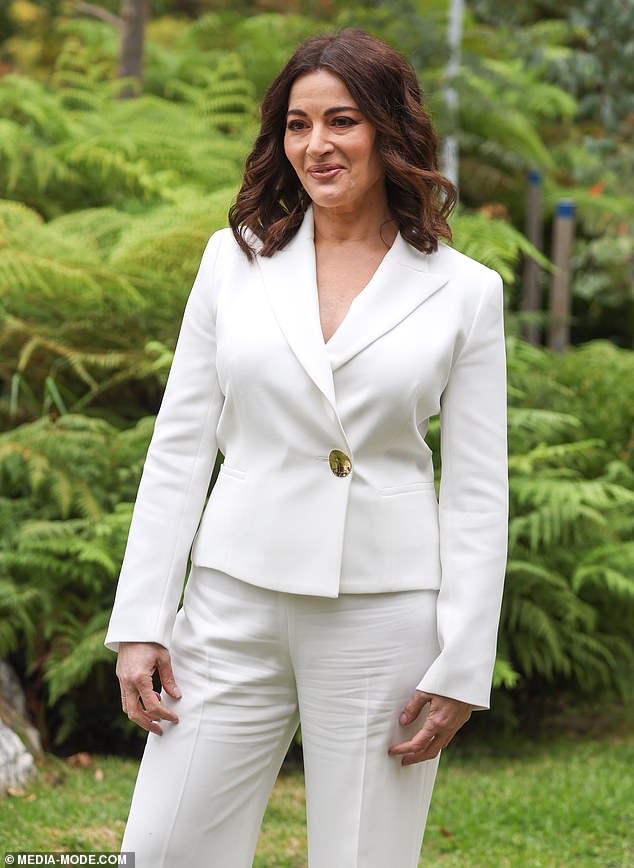 Beauty: Nigella’s signature shoulder-length brunette locks were styled out and in loose waves 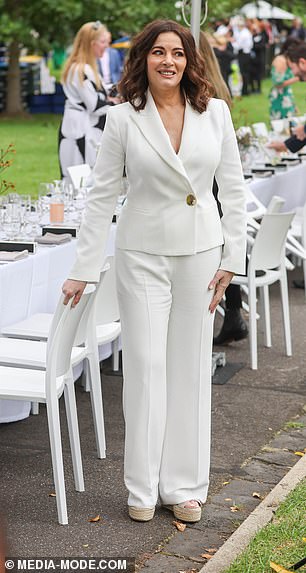 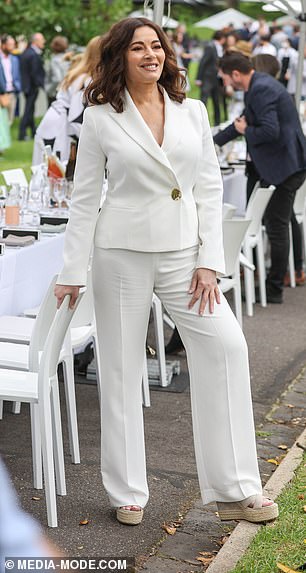 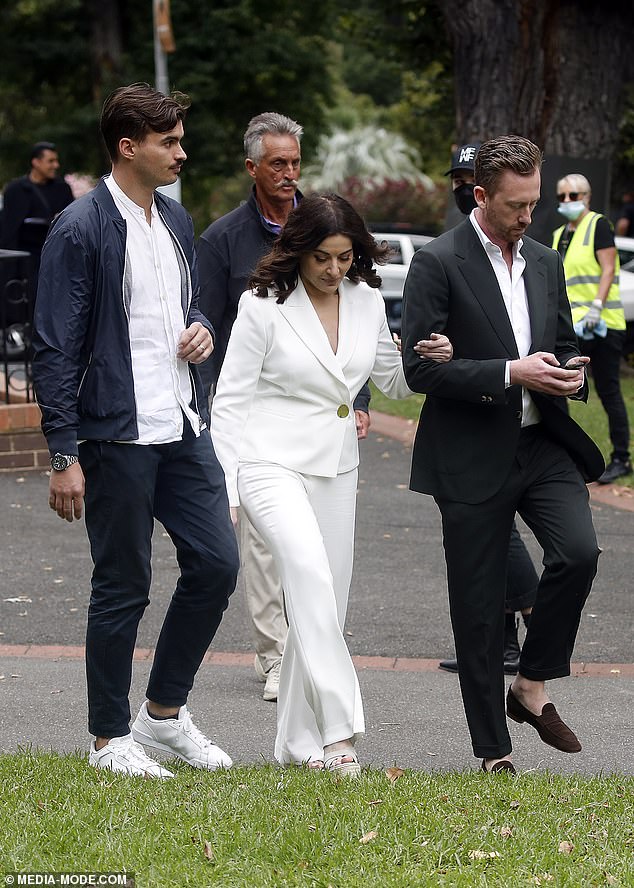 VIP treatment: Nigella was escorted through the gardens as she lent her profile to the festival

The cook baffled fans with her pronunciation of microwave as ‘meecro-wah-vey’ in an episode of her BBC2 cooking show Cook, Eat, Repeat back in 2020.

The London-born domestic goddess said that’s not her only quirk.

‘I have other words I use. You know how all families speak in nonsense words? So, you know, I use “desecrated coconut”, ‘she admitted. 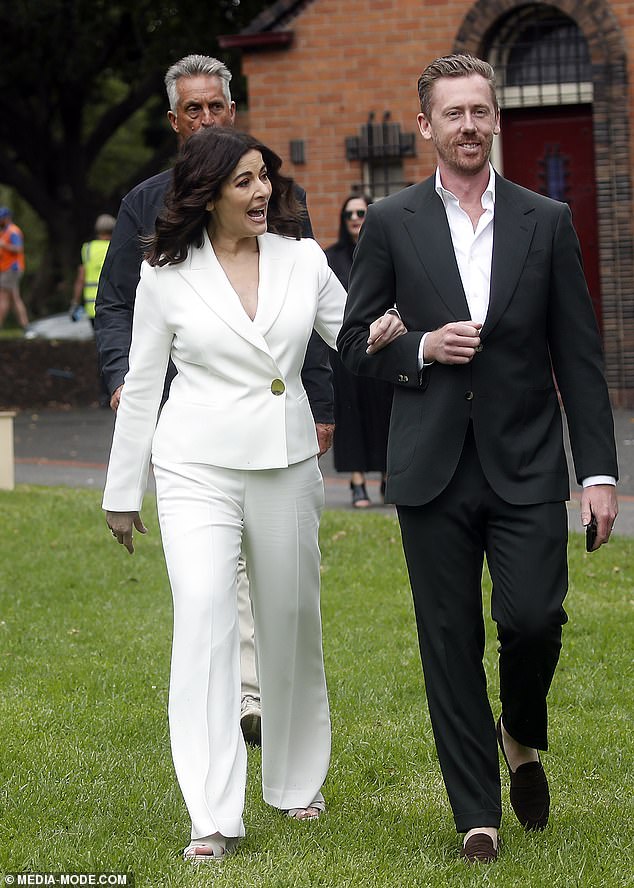 Down Under: Nigella mingled with guests and looked to be enjoying her time back in Australia 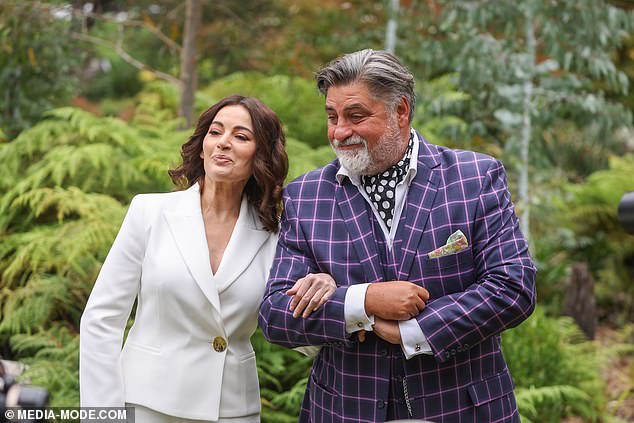 Familiar face: Nigella was spotted hamming it up for the cameras with her former MasterChef Australia co-star Matt Preston (right) 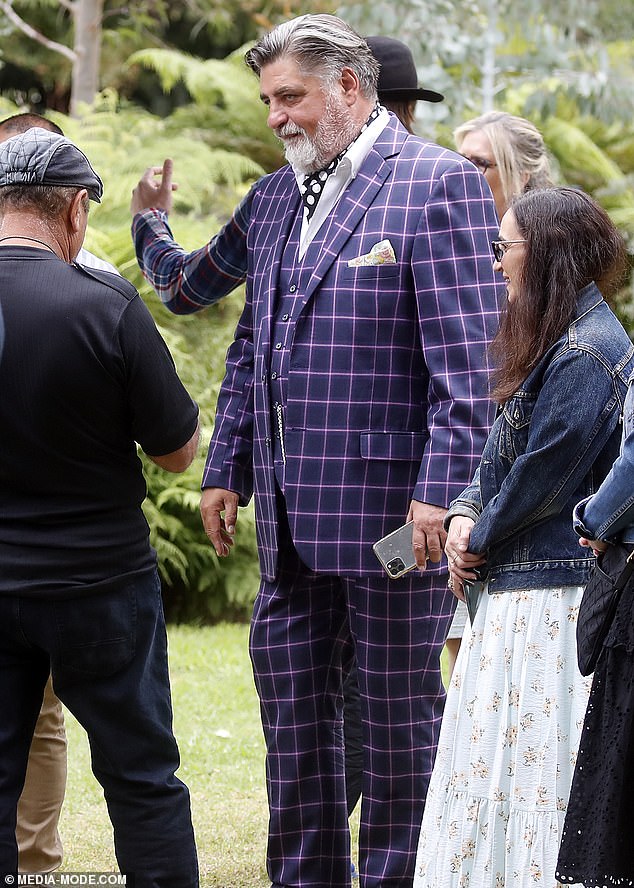 Bold: Matt, 60, made a style statement in a purple checkered three-piece suit, teamed with a crisp white dress shirt, a floral pocket square and a black and white polka dot cravat 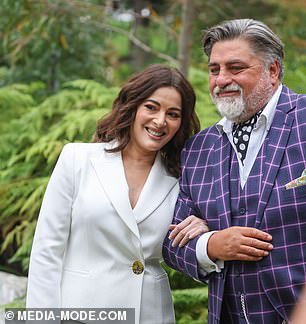 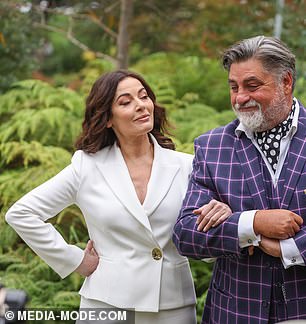 Good friends: The pals looked to be enjoying their time together as they posed for a number of photos

‘If I get some new appliance I have to read the “destructions”. If I’m going somewhere I will have to text someone to say I’m “en croûte” you know? ‘ she added.

‘It’s just a joke, mispronouncing words. And what’s quite interesting is I found out afterwards – I mean all families have those words in a way. ‘

Nigella also confessed to enjoying a kebab after a late night on the town. 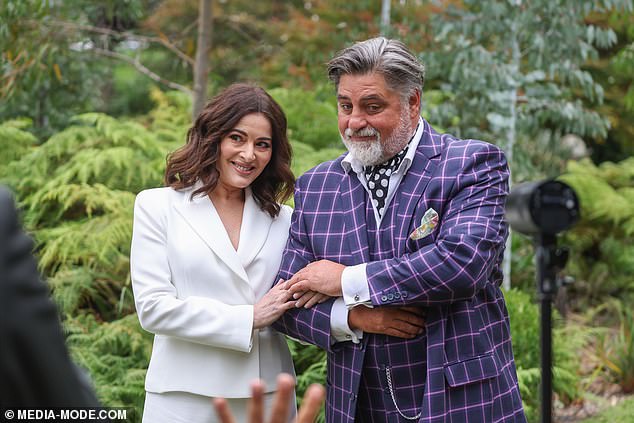 Affectionate: The pair linked arms and no doubt had a lot to catch up on 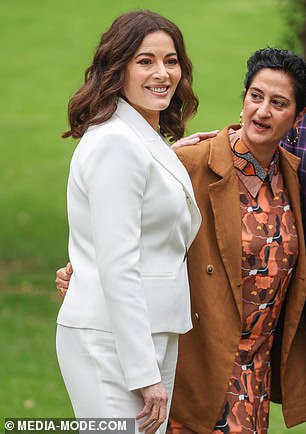 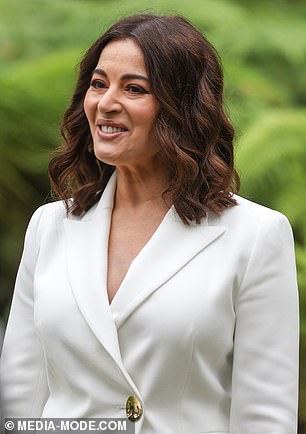 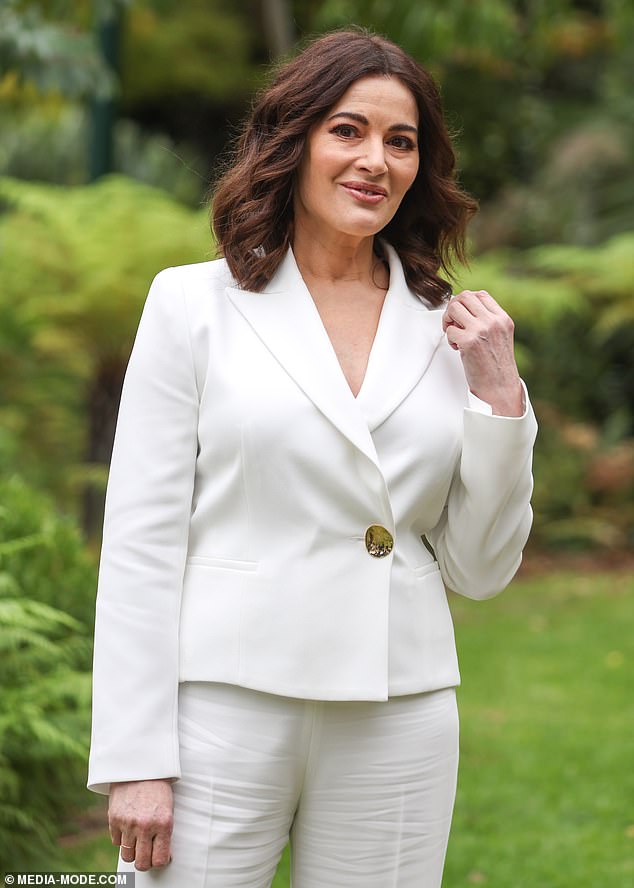 ‘I rather like the chip kebab. So one of my favorites is flatbread, hummus, a bit of lemon zest, some salt, some chips and wrap them up. So wonderful, ‘she said.

While knocking up rich mashed potatoes with butter during a 2020 episode of Cook, Eat, Repeat, Nigella explained to fans, ‘I still need a bit of milk – full fat – which I’ve warmed in the meecro-wah-vey.’

In a series of Twitter posts afterwards, the cookbook author was forced to reply to dozens of fans explaining the microwave joke, adding she hoped that the ‘brouhaha’ would be over. 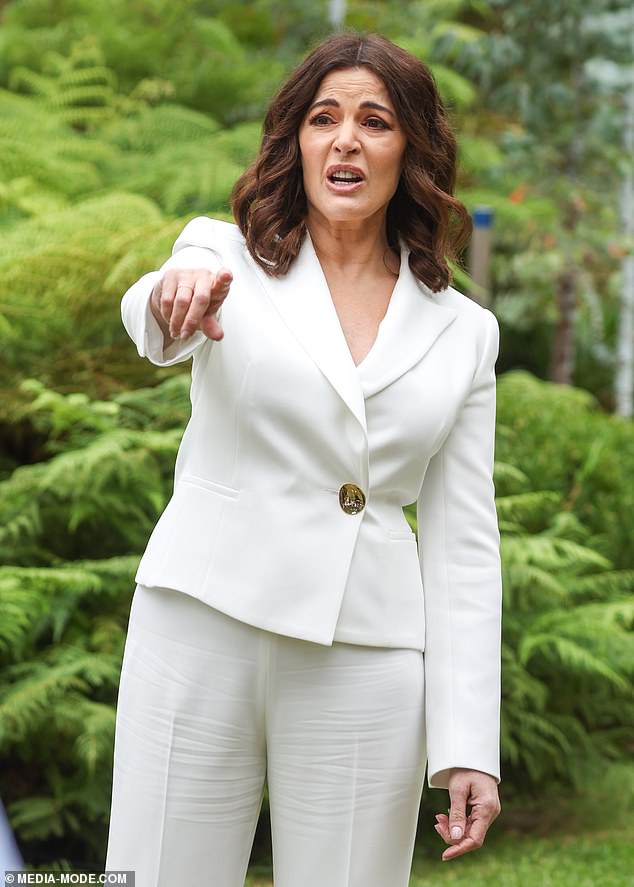 Playful: At one stage, she was spotted making a number of playful expressions 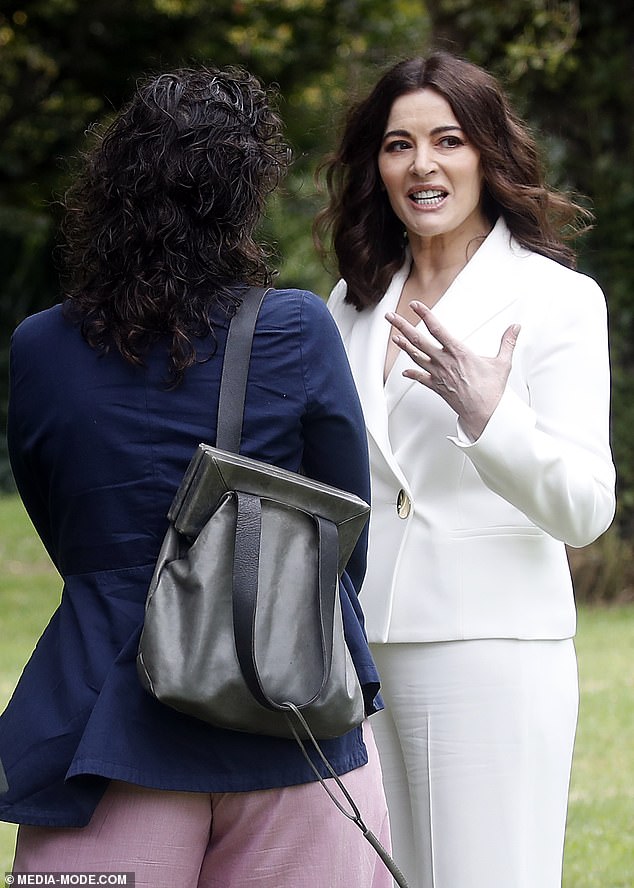 Popular: The television personality has published several best-selling cookbooks, with her first being ‘How to Eat’ back in 1998 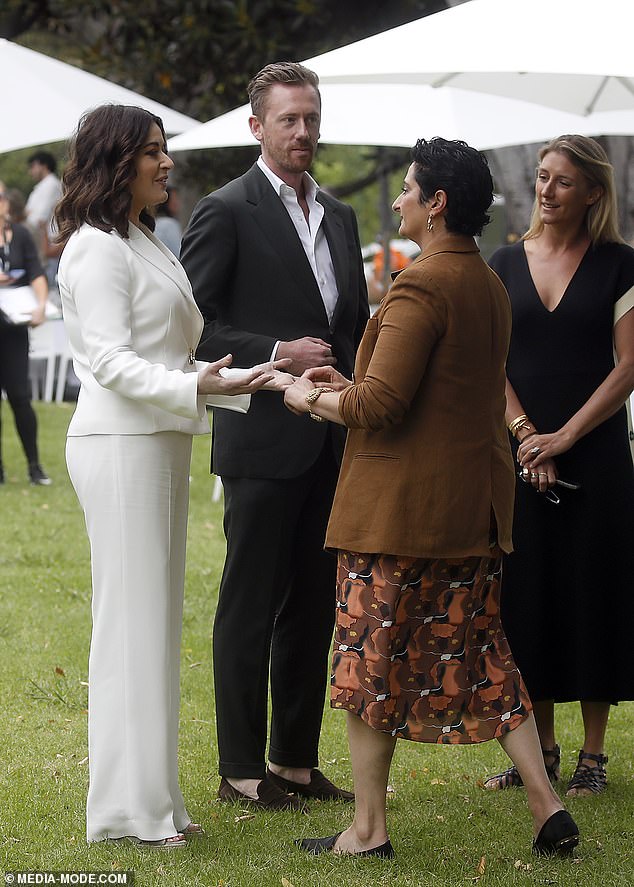 Becoming a household name: Nigella launched her own cooking series on TV, Nigella Bites, on UK’s Channel 4 in 1999 which launched her television career 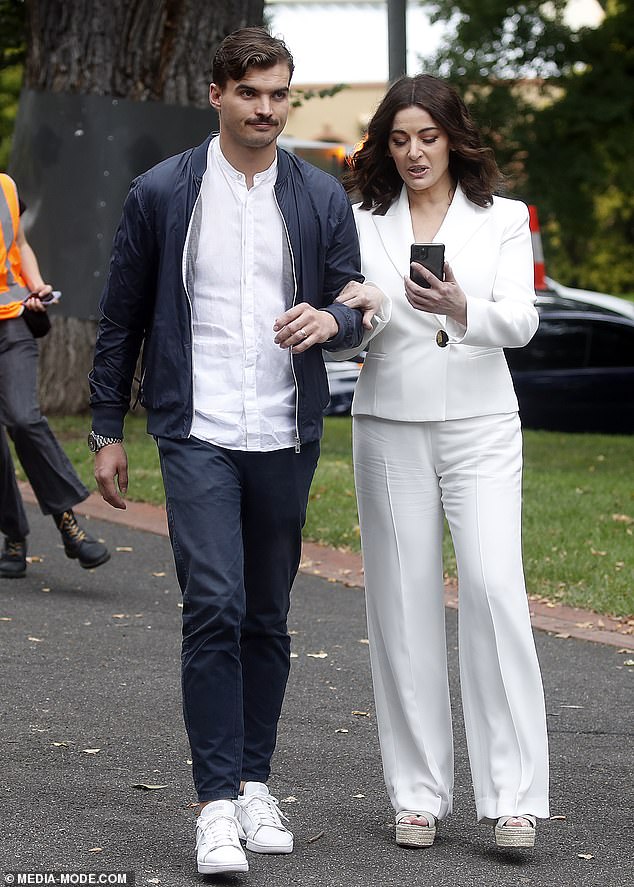 Abroad: Nigella joined the eighth series of MasterChef Australia in 2016 as a guest judge, and returned for two more seasons 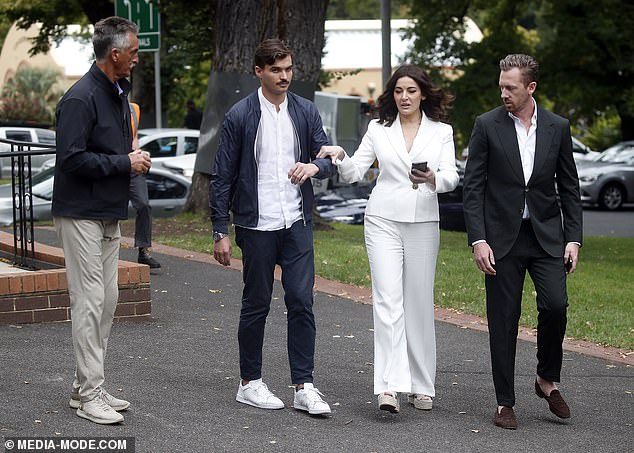 Making her presence felt: She returned for the tenth series in 2018 and the eleventh in 2019

Nigella insisted it’s part of her sense of humor to ‘deliberately pronounce things wrong’ and even joked she says Worcester as ‘wusster-shusster’.

Hoping to put an end to the discourse, Nigella tweeted: ‘Well, I do say it like that, but not because I think that’s how it’s actually pronounced’.

She then quote tweeted herself and added: ‘Can this be the end of it now?’ 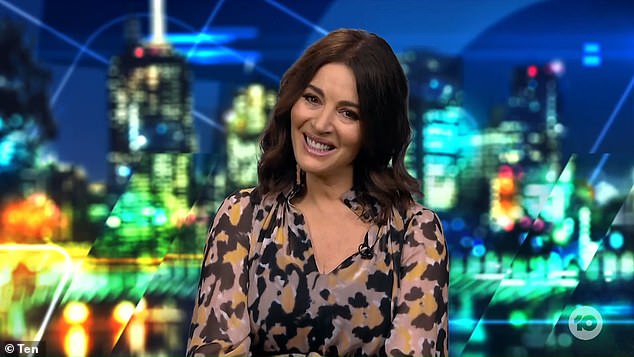 Laughs: It comes after Nigella appeared on The Project on Tuesday evening. During an interview on the show, she revealed that there are a number of words she pronounces incorrectly for fun, after she sparked controversy for how she says ‘microwave’