A tiny balloon that inflates in the nose to relieve blocked sinuses and headaches is set to be rolled out on the NHS.

Hospitals across England will be given access to the gadget, along with seven other new devices from next week.

The hand-held Stryker XprESS device is designed to inflate a balloon inside a patient’s nose to treat chronic sinusitis – when an infection causes a painful blocked nose for more than three months.

It helps clear the nose by clearing blockages and costs up to £ 1,250.

The NHS has also ordered six more gadgets, including a steam device that can shrink enlarged prostates, avoiding the need for long and complicated surgeries.

The gadgets will save the health service £ 57.5million per year compared to the cost of alternative procedures, NHS England claims.

There is also a portable drainage device to help patients recover quicker from heart and lung problems by sucking fluid out from the chest using different air pressure.

And people suffering with sickle cell disease will be put on an automated blood cell replacement system.

A tiny balloon that inflates in the nose to relieve blocked sinuses and headaches is set to be rolled out on the NHS. Pictured: The handheld Stryker XprESS device 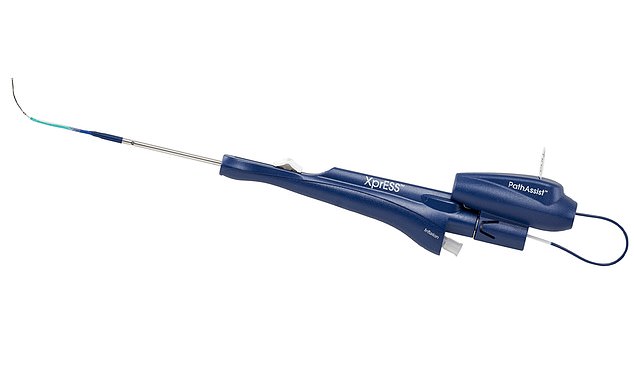 What is chronic sinusitis?

Chronic sinusitis occurs when the spaces inside your nose and head (sinuses) are swollen and inflamed for three months or longer, despite treatment.

This common condition interferes with the way mucus normally drains, and makes your nose stuffy.

Breathing through your nose may be difficult, and the area around your eyes might feel swollen or tender.

Chronic sinusitis can be brought on by an infection, by growths in the sinuses (nasal polyps) or by swelling of the lining of your sinuses.

Also called chronic rhinosinusitis, the condition can affect both adults and children.

She said: ‘The NHS has always been at the forefront of medical innovations and while many of these gadgets may be small, they will make a huge difference to the lives of tens of thousands of patients every year as well as freeing up time for NHS staff.

‘From a tiny balloon that can go up your nose to get rid of sinus pain to a burst of steam that can shrink an enlarged prostate – these cutting-edge devices show how the NHS is embracing the latest lifechanging technology and rolling it out at speed for patients across the country.

‘NHS staff are working hard to address Covid backlogs, and technology can really help us make inroads on the road to recovery.’

Chronic sinusitis is a swelling of sinuses which lasts for more than 12 weeks.

It affects around 110,000 people in England and symptoms include pain, a blocked nose, reduced sense of smell and headaches.

Patients will receive a ‘dental-style’ appointment to have blockages cleared using the device, and will be able to head to home just two hours after arriving at hospital.

Meanwhile, the Rezum’s 20 minute prostate steam treatment will offer the 4million men who suffer from enlarged glands each year in England an alternative to costly treatments.

John Ford, 69, lost control of his bladder because of prostate problems but saw his condition improve after receiving the steam treatment at Cambridge University Hospitals NHS Foundation Trust.

He said: ‘I was becoming anti-social – we turned down lots of invitations to go to things.

‘In the end, I opted for this procedure – it was minimally invasive, with no side effects, and extraordinarily quick.

‘My quality of life was pretty poor but now it’s changed tremendously.’ 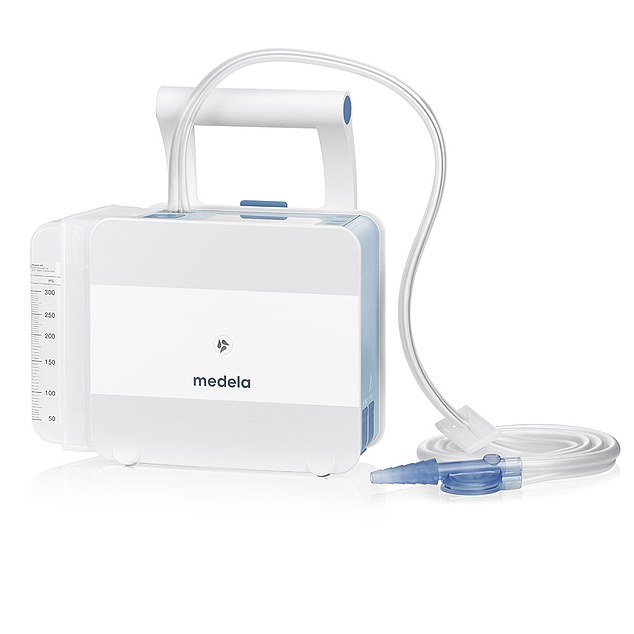 Another gadget – PLASMA – that seals wounds while making cuts during surgery will also be offered to those being treated for enlarged prostates.

And Urolift, which uses small implants to stop the gland blocking the flow of urine, will also be on offer to enlarged prostate patients.

And the GreenLight non-invasive laser treatment will offer a fourth option to those patients.

Meanwhile, sickle cell disease patients will be able to have their effected blood cells replaced with healthy ones from a donor with the Spectra Optia device.

And the Thopaz portable chest drainage device will help chest and lung patients to recover more quickly from their conditions.

Matt Whitty, director of Innovation, Research and Life Sciences at NHS England and NHS Improvement, said: ‘These seven medical technologies and the four already supported by the policy are improving and saving lives.

‘Through research and innovation, we can improve patient outcomes and by supporting patients and providers to have equal access to transformative innovations and technologies.

‘And by removing barriers to adoption we will reduce health inequalities and improve equity of access for all, and in particular those patients in disproportionately affected groups.’