A WOMAN says she has lost years of her life due to a condition that leaves her with an insatiable need to sleep.

Helena Smythe, 23, feels tired all day – no matter how well she sleeps at night – and has to take daily naps of at least two hours.

It can also cause symptoms of irritability, loss of appetite, slow thinking or speech and difficulties with memory.

Although not life-threatening, the condition can ruin the lives of people who have it.

Helena said: “I have an insatiable appetite for sleep and while some people can just perk themselves up with a coffee or some caffeine, that doesn’t work for me. 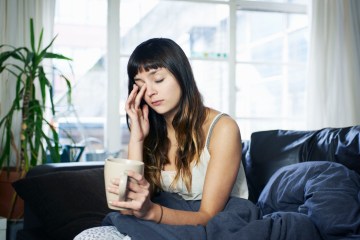 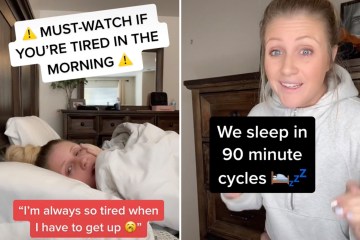 “I have to nap every day, and 20 minutes or half an hour is not enough. It needs to be two or three hours at a time.

“The main symptom is that I feel excessively sleepy in the day, no matter how much sleep I get at night or how long I sleep for.”

Helena has lived with hypersomnia since the age of 12 and explained how it had seen her “miss out” as a teenager and suffer at school.

She said: “I would miss school, have to cancel social events and even fell asleep during an A-Level exam.

“I had to plan my whole life around sleep and pick between academia and friends.

“I can’t tell you how much I missed out on as a teenager; I have lost so many years to sleep.”

Doctors do not know the underlying cause of Helena’s hypersomnia (idiopathic).

Some people get secondary hypersomnia as a result of a medical condition, such as sleep apnea, Parkinson’s disease and kidney failure.

There is no cure, and the condition can only be managed through medication.

Helena is due to start a full-time job soon and said she is nervous that her need for sleep may disrupt her work.

She is taking part in sleep studies at Royal Papworth Hospital in Cambridge and said that medication is partially helping her.

Helena said: “I am given medication which helps to alleviate my symptoms and although it has not entirely removed the problem, my quality of life is much better and I am able to get on with life having had a much more ‘normal’ level of sleep.

“My advice to people is that sleep health needs to be taken seriously.

“It should be just as important as eating the right food, not drinking too much alcohol, not smoking and getting physical exercise.

“Some of the advice that has worked for me has been about improving sleep hygiene, and in particular getting into a proper routine by going to bed and waking up at the same times each day.”

Sleep hygiene involves keeping the bedroom as sleep-inducing as possible, such as by lowering the lights and removing screens.