NOROVIRUS cases are on the rise in UK schools, with infections more than doubling in a week.

The UK Health Security Agency monitors outbreaks, and has warned Brits to be vigilant as the nasty bug spreads.

The latest data showed schools and nurseries have seen the most cases, with a sharp rise week on week.

Parents have been told to act fast if they see any symptoms, avoid mixing and to use soap and water – as sanitiser does not kill this virus.

Lesley Larkin, Surveillance Lead, Gastrointestinal Infections and Food Safety, UK Health Security Agency said: “Norovirus, commonly known as the vomiting bug, has been at lower levels than normal this season but as people have begun to mix more, the numbers of outbreaks have started to increase.

“Symptoms include sudden onset of nausea, projectile vomiting and diarrhoea but can also include a high temperature, abdominal pain and aching limbs. 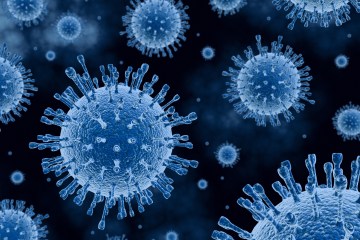 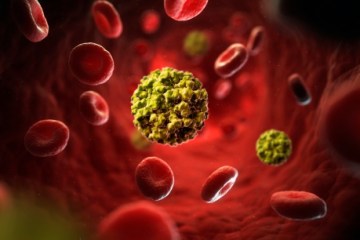 “Stay at home if you are experiencing norovirus symptoms and do not return to work or send children to school or nursery until 48 hours after symptoms have cleared.

“Please avoid visiting elderly relatives, if you are unwell – particularly if they are in a care home or hospital.

“Hand washing is really important to help stop the spread of this bug, but unlike for Covid-19 alcohol hand sanitisers do not kill off norovirus, so soap and warm water is best.”

UKHSA warned out of season or unusual cases of norovirus could be seen in the next few months as Covid restrictions end, and the outbreaks are later than usual.

How to avoid spreading norovirus:

Stay at home if you are experiencing norovirus symptoms. Do not return to work or send children to school until 48 hours after symptoms have cleared. Also avoid visiting elderly or poorly relatives, particularly if they are in hospital or a care home.

When an infected person vomits, the droplets contaminate the surrounding surfaces. A bleach-based household cleaner or a combination of bleach and hot water should be used to disinfect potentially contaminated household surfaces and commonly used objects such as toilets, taps, telephones, door handles and kitchen surfaces.

If you are ill, avoid cooking and helping prepare meals for others until 48 hours after symptoms have stopped, as norovirus can be spread through food contaminated by the virus when food is handled by symptomatic people / infected individuals.

Wash any contaminated clothing or bedding using detergent and at 60 ° C, and if possible, wear disposable gloves to handle contaminated items.

If you are showing symptoms try to avoid seeing your GP, but make an appointment on the phone if you are concerned.

It can spread quickly through contact with infected patients or contaminated surfaces, but usually passes in a couple of days.

Flu is also on the rise, after not picking up yet this winter due to Covid restrictions.

Cases are still relatively low, compared to the highs we were used to pre-pandemic, but have increased in the last week.

“Just as with Covid-19, hand washing plays an important role in keeping flu at bay.

“If you feel unwell with cold and flu-like symptoms, it’s advisable to avoid visiting vulnerable relatives and friends, and to take other measures to prevent spread, such as working from home until feeling better, if you can.”