Danielle Lloyd says she doesn’t care what other mums think of her at the school gates as she reveals she ‘really enjoys’ stripping off for adult website OnlyFans.

The 38-year-old’s past modeling credits include Miss England, Miss Great Britain and a controversial topless appearance in the pages of adult magazine Playboy.

In 2019, the mother of five began the subscription service after plastic surgery made her feel ‘womanly again’ and as a means to provide for her family.

Danielle Lloyd says she doesn’t care what other mums think of her at the school gates as she says she ‘really enjoys’ stripping off for adult website OnlyFans (pictured with Archie, 11, Harry, 10, George, 8, Ronnie, 4 , and four-month-old Autumn Rose and husband Michael O ‘Neill)

In an interview with The Sun on Sunday, Danielle said: ‘I know I’ve had five kids but I feel sexier than ever.

‘I’ve never felt so good about myself and I think that’s something that comes with age, and with confidence. 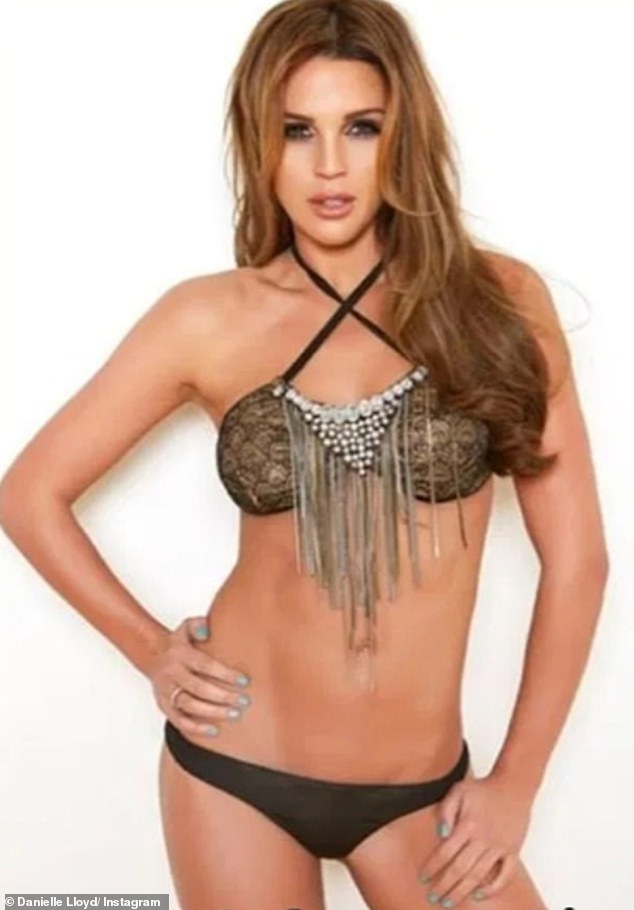 Model: In 2019, the mother of five began the subscription service after plastic surgery made her feel ‘womanly again’ and as a means to provide for her family

‘Why shouldn’t I earn a good living doing what I’ve always done? I love what I do and it fits around my family life with the kids.

‘I don’t pose topless any more – everything is implied, and there’s nothing wrong with that.

‘I know there are probably some mums at the school who look at me and think,’ Oh my God, you do that? ‘ 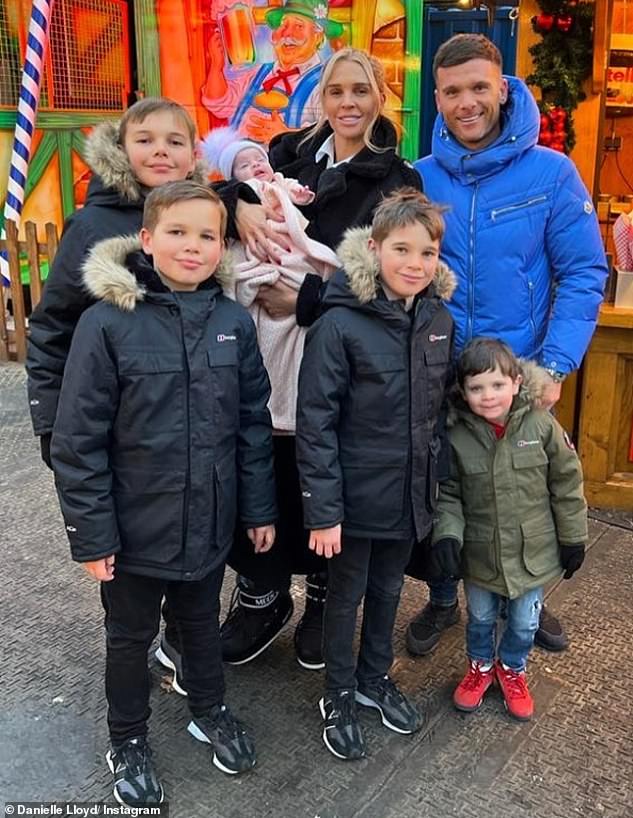 Freedom: She said apart from her husband and kids, she doesn’t really care what anyone thinks and said she is taking advantage of it while she can as ‘it’s not going to last for ever, as everything comes to an end’

The glamor model added that despite the initial shock, no one has ever said anything negative to her face during at pick-up and drop-off.

She said apart from her husband and kids, she doesn’t really care what anyone thinks and says she is going to take advantage of it while she can as she realizes ‘it’s not going to last for ever, as everything comes to an end.’

The Liverpool-born beauty, launched her OnlyFans account three years ago, and as she was such a success she raised the price of her monthly subscription from $ 19.99 to $ 25. 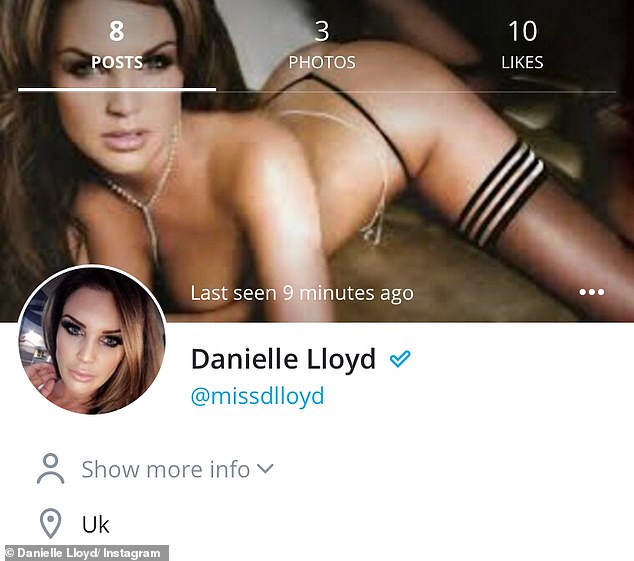 All yours: The Liverpool-born beauty, launched her OnlyFans account three years ago, with subscribers paying £ 7.50 a month to view her content, and is in the site’s top three per cent of earners

Danielle is in the site’s top three per cent of earners, proving that her page has been a runaway success.

The reality star credits the work for giving her a nice comfortable life, adding that it’s made her enjoying modeling once again.

Danielle also says she is grateful for the flexible hours as she can fit in her filming around her kids schedule.

Embracing the new career, the glamor model says she think it’s taken over where the lads’ mags left off.

However the former poster girl admits she there’s a big difference being in front of a camera as she gets a lot more confident when having her picture taken.

Reflecting on her new career, Danielle admits family comes first as she says what she does on camera is just work and at the end of the day she’s getting money for her kids and their future, adding that she is ‘living a nice life.’ 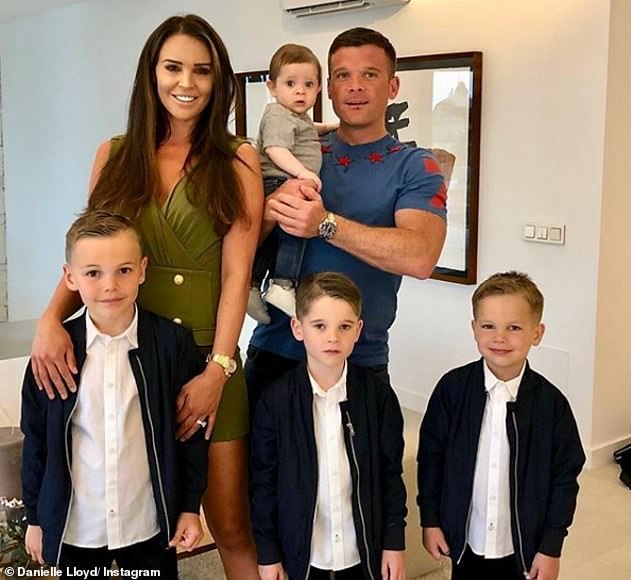 Proud mother: The glamor model is a devoted mother of four, having welcomed three boys with her former husband, professional footballer Jamie O’Hara, and one with new husband Michael O’Neill (pictured)

Detailing her relationship with her sons, Danielle says she tries to be as open and honest with them as much as possible as they have grown up surrounded by pictures of her.

The social media personality went on to tell the publication how they had a clear understanding of her job as they’ve seen pictures of her their entire lives.

She described herself as ‘that mum that they can talk to’ and says she will continue to talk to them about ‘anything and everything.’

Danielle recently revealed that before giving birth to daughter Autumn, she cried when blood tests wrongly suggested her and an husband Michael O’Neill would be expecting a boy.

Even checking into a Dubai clinic to undergo the controversial treatment used by prospective parents who want to choose the sex of their baby, because she was desperate to have a daughter.

The Only Fans model is also mother to sons Ronnie, three, with Michael and sons Archie, 10, and Harry, nine, seven-year-old George from her relationship with footballer Jamie O’Hara, who she divorced in 2014. 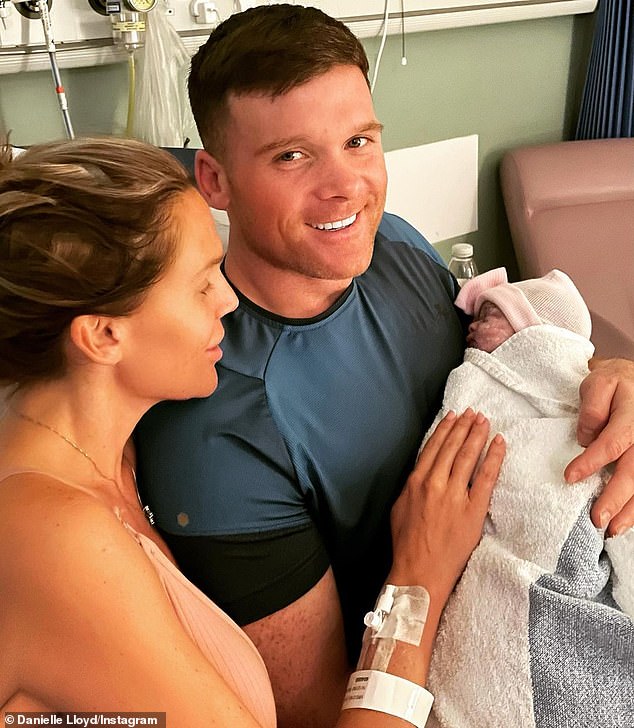 The reality star said she was trolled by cruel bullies online who claimed she was ‘ungrateful’ for the children she already had in her life, adding that she should be able to say what sex she’s hoping for if it’s acceptable for a man to say the same.

Danielle told The Sun: ‘I’ve had a lot of abuse from people saying,’ I can’t believe you’re so ungrateful. ‘

‘But me wanting a girl doesn’t mean I’m ungrateful for what I have or that I love my boys any less. So many people have messaged me to say they’ve got all the same sex and are desperate for one of the other, but are too scared to admit it. ‘

She added: ‘When a man is having a baby for the first time, it’s OK for him to say he wants a son. But when it’s a woman saying she wants a particular sex, that’s deemed to be bad. ‘ 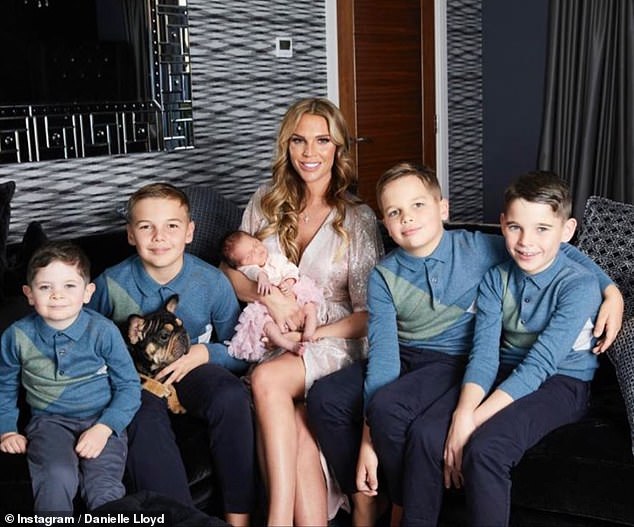 Cuties: Danielle posts snaps of herself and her growing family to Instagram (pictured with her sons and new daughter)