Gogglebox favorites Sophie and Pete are related to the Chuckle Brothers – with Paul Elliott revealing he is their great uncle.

Fans were left gobsmacked when the Blackpool-based duo appeared in an old picture taken back in 2018 posted by the children’s TV legend on his Twitter page.

He captioned the shot: “This day 2018 with my great niece and nephew.”

Paul also described himself as a “proud uncle” to the pair in another photo.

Paul starred on the much loved kids TV show Chucklevision with his late brother Barry from 1987 to 2009.

Gogglebox star Sophie paid tribute to her beloved great uncle after his death in August 2018. 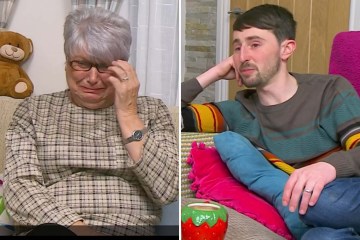 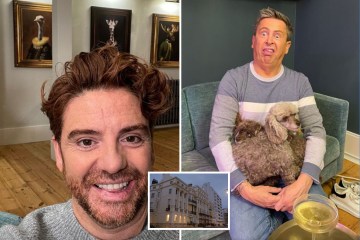 She wrote: “A truly lovely and funny man to be around. You filled millions of childhoods with laughter and entertainment including mine and Peters.

“You will be sadly missed by many. Rest in peace Uncle Barry. Lots of love from me, to you.”

Since joining Gogglebox back in 2018, Sophie and Pete have become fan favorites thanks to their sibling banter and hilarious one-liners.

They actually have two other siblings named Harry and Lucy.

The pair still work regular day jobs despite the start of their TV gig in 2018, with Sophie working as a shop window dresser.

Pete, who is married and has a child, has a job in the insurance industry.

As part of the Gogglebox cast, the siblings have to commit to 12 hours of filming each week split across two six-hour shifts.

The Chuckle Brothers was one of the longest running children’s programs on the BBC continuing for 22 years.