By Monica Greep For Mailonline

The Queen has marked Mothering Sunday with a touching throwback picture of the Queen Mother with her two daughters.

The heartwarming picture shows Her Majesty as a young woman with her sister Princess Margaret and the former Queen Elizabeth for a portrait commissioned in 1941.

The picture was taken by British society photographer Marcus Adams and was his last sitting with the young Princesses at Windsor Castle, where they spent most of the Second World War.

The Princesses were seen wearing matching suits and blouses while Elizabeth sported a four-stringed pearl necklace and diamond paisley brooch.

Sharing the sweet snap on the Royal Family’s Twitter account, the caption read: ‘Wishing all those celebrating today a very special Mothering Sunday.’

Fans were quick to praise the photo and to wish Her Majesty a happy Mothering Sunday, with one writing: ‘Great photo of HM The Queen Mother and TRH the Princesses Elizabeth and Margaret’.

Another said: ‘What a lovely picture happy Mother’s Day to Her Majesty The Queen and everyone else celebrating it today’.

‘Happy Mothering Sunday. What a beautiful picture to treasure as a memory. Best wishes to Her Majesty The Queen ‘, wrote a third.

The Queen Mother, born Elizabeth Angela Marguerite Bowes-Lyon in London on August 4, 1900, was to etch her name on the hearts of the nation as the longest-lived and well-loved Royal. 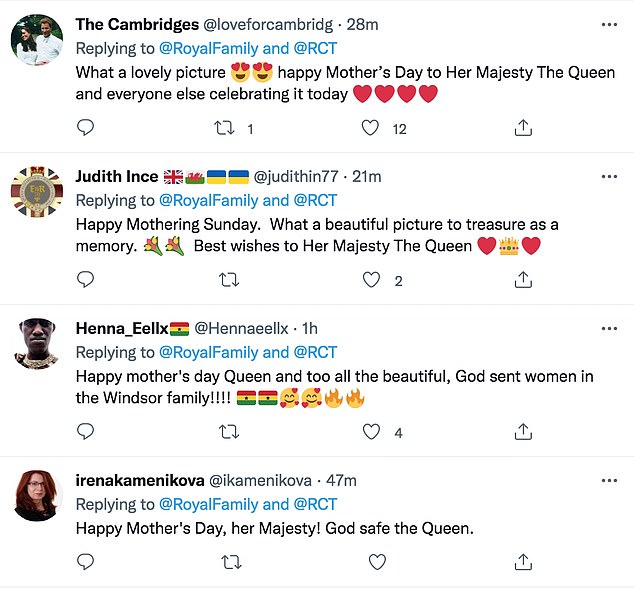 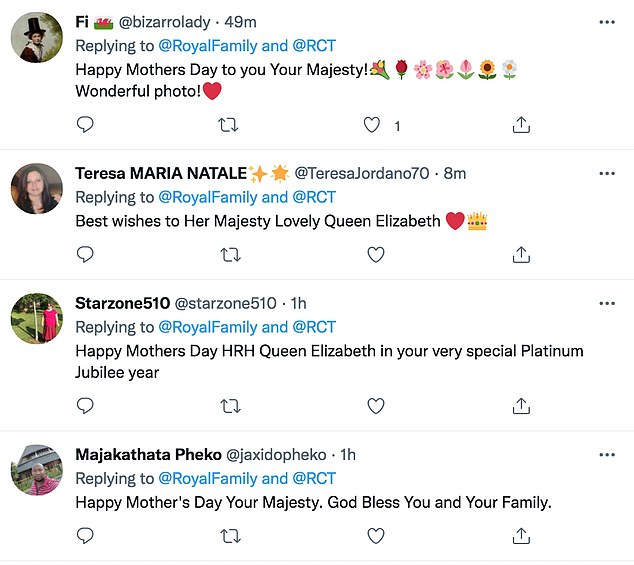 Fans were quick to praise the photo and to wish Her Majesty a happy Mothering Sunday, with one writing: ‘Great photo of HM The Queen Mother and TRH the Princesses Elizabeth and Margaret’

The fourth daughter and ninth child of Lord and Lady Glamis, she met her future husband at a dance in May 1920.

They married at Westminster Abbey in April 1923, and had two children – Elizabeth, now the Queen, and Princess Margaret.

When her husband was crowned King George VI on December 12 1936, after the abdication crisis of King Edward VIII, she became the first British-born Queen Consort since Tudor times.

The Queen Mother spent three months in mourning, after which she embarked on a life of public duty, characterized by a grace and energy that made her a favorite with the British public. 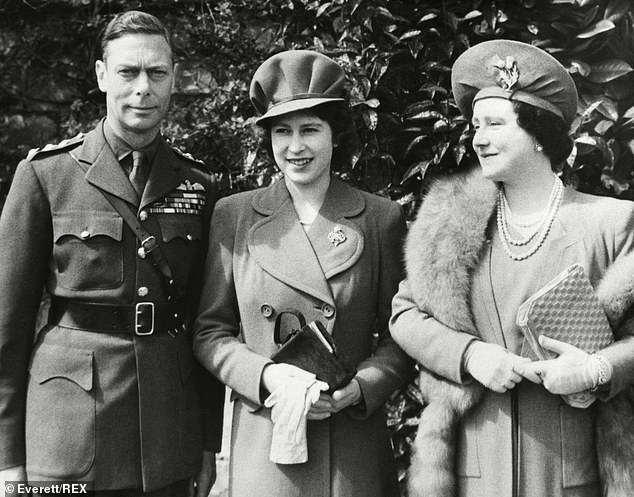 King George VI is pictured with then Princess Elizabeth and her mother, then Queen Elizabeth on the Princess 18th birthday, April 21, 1944 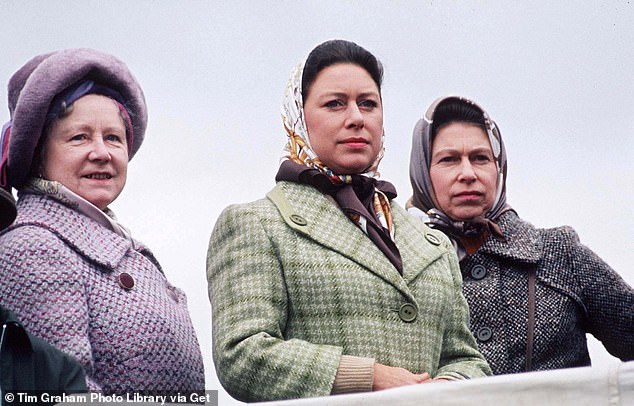 The Queen Mother is pictured with Her Majesty and Princess Margaret at Badminton horse trails, Gloucester

Over the next 50 years she won a special place in the public’s affection and continued with her royal duties well into her second century.

The Queen Mother’s last public engagement had been on November 22 when she re-commissioned the aircraft carrier Ark Royal at a ceremony in Portsmouth, Hampshire.

Despite illness in the last months of her life, she flew by helicopter from Sandringham to Windsor to attend the funeral of Princess Margaret who died on February 9 after suffering a stroke.

The seemingly indomitable Royal matriarch was determined to be at the funeral but looked pale and drawn behind a black veil.

Six weeks after the funeral, the Queen mother died at Royal Lodge, her Windsor residence, having outlived her husband King George VI by 50 years.