BEING late to the party only works if you walk in with some top-shelf tequila.

Everyone wants you to be there. It’s like: “Waheeeey! Get the shots in. “

Turn up late and empty-handed and no one notices you’ve come through the door. That’s my problem with this car.

It has taken Nissan so long to bring out Ariya, the market is already loaded with electric SUVs.

And Ariya doesn’t move the game on. Not even a little bit.

It’s no better than anything that’s already been out there for a while, like a Ford Mustang Mach-E or a Tesla Model Y or a Volvo XC40. And the Korean EVs trump it in every single way. 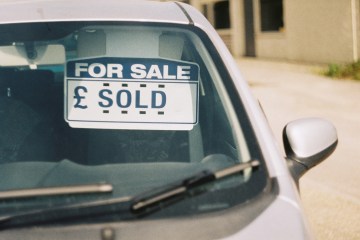 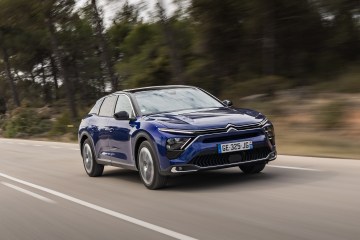 Ariya has a so-so charging set-up, not a great range, doesn’t look particularly handsome and they want £ 42k for it. Base model.

It’s especially annoying because the first affordable mainstream EV was a Nissan Leaf. That was a decade ago.

Yes, it looked like an orthopedic shoe but, fair play to Nissan, it was a solid, reliable electric hatchback years before Volkswagen had even conceived of the ID range. Now Nissan is playing catch-up.

There are numerous electric SUVs out there, even from budget brands like MG, and Ariya is a bit of a dry hump.

You’ll be lucky to get 180 miles in the real world but Nissan expects the official WLTP figure to be closer to 250 miles after homologation. I know a smidge over 200 miles, then.

Too spicy and too pricey for a Nissan family crossover, if you ask me.

Right, now I’ve got my positive pants on. I like the interior. It’s fresh and modern and there’s lots of space everywhere.

The seats are squishy. The back-lit haptic controls under the wooden trim look mint. When the car is sleeping, you only see the wood.

Plus, the sliding center console is motorized (like an Ioniq 5). The rear doors open 85 degrees. The boot will swallow all the usual family debris.

Other observations: The 4WD version will tow things up to 1.5 tons.

The one free paint job, called Aurora Green, changes color like a TVR in the Nineties. And you can pretend those quad lights were nicked off a Bugatti Chiron. But will Ariya sell?

Nissan is trusted for its reliability. The residual values ​​look strong. And there’s no denying Ariya is a jump over a Leaf.

It would have been right in the mix 18 months ago. But now your money is better spent elsewhere.