CASES of monkeypox have risen by close to 40 per cent, new data has revealed.

Of these cases, 766 are in England, 18 are in Scotland, three are in Northern Ireland and six are in Wales.

In recent weeks around 2,103 cases have been detected globally, the most recent data from the World Health Organization (WHO) states.

This is something experts say is ‘concerning’.

In the US, 113 cases have been confirmed, with New York and California being the worst hit places. 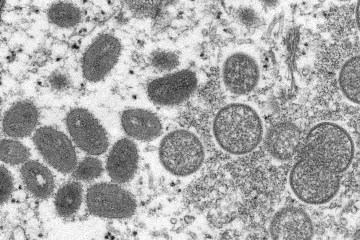 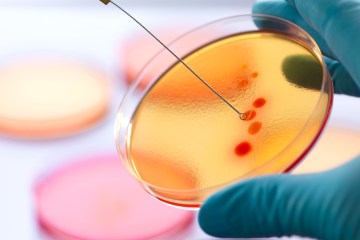 Anyone can get the illness – more so if you have been in contact or had sexual contact with a person who has symptoms.

The newest data set, released by the UK Health Security Agency (UKHSA) also gave a breakdown of how many cases are in each region.

In London, 498 cases have been detected, followed by the South East, with 37.

The North West has 26, the East, 20, with both the West Midlands and Yorkshire and the Humber having 12 cases.

In the East Midlands there have been 8 confirmed, in the South West 6 and in the North East five.

There are 142 cases under investigation in England – which means their addresses have not yet been confirmed, which in turn could make contact tracing difficult.

Around 80 per cent of the infections have been found in London residents, with 624 having a reported home address.

Where gender information has been accessible, 99 per cent of cases have been confirmed to be in male – with five confirmed in females.

The median age is 37-years-old.

A report by the UKHSA last week revealed that most cases have been in men who are gay, bisexual or men who have sex with men.

Dr William Welfare, Incident Director at UKHSA, said: “As case numbers of monkeypox continue to rise and with many summer events and festivals ahead, we’re reminding people to be aware of the symptoms of monkeypox, particularly if you’ve recently had new or multiple sexual partners, to help prevent further spread and protect others.

“If you have a rash with blisters, or any other monkeypox symptoms, don’t go to events, meet with friends or have sexual contact.

“Instead, stay at home and contact 111 or your local sexual health service for advice.

“Please contact the clinic ahead of your visit and avoid close contact with others until you’ve been seen by a clinician.”

The signs of monkeypox you need to know

Experts at the UK Health Security Agency have said all Brits should be on the look out for key signs and symptoms.

The signs may include:

Medics said that complications of the illness were documented as:

He added that the UKHSA is working closely with partners across the country, including event organizers and venues, to raise public awareness of monkeypox symptoms so everyone has a safe, happy and healthy summer.

Last week it was revealed that the World Health Organization (WHO) is currently looking into reports that the virus is present in the semen of patients.

In recent days, scientists say they have detected viral DNA in the semen of a handful of monkeypox patients in Italy and Germany.

Catherine Smallwood, monkeypox incident manager at WHO / Europe, said it was not known whether recent reports meant the monkeypox virus could be sexually transmitted.

She said: “This may have been something that we were unaware of in this disease before.

“We really need to focus on the most frequent mode of transmission and we clearly see that to be associated with skin-to-skin contact.”

Medics say you should contact a sexual health clinic if you have rashes or blisters and if you have been in contact with someone who has had monkeypox in the last three weeks.

This guidance also applies to those who have been to West or Central Africa in the past three weeks.

However, the WHO are also set to rename the virus – in a move which could see the illness called hMPXV.

It comes after 30 scientists wrote a letter calling for the change, over concerns it could provoke racism and stigmatization.

The illness was first discovered in 1958 when two outbreaks of a pox-like disease occurred in colonies of monkeys that were being kept for research – hence the name monkeypox.

Experts are worried that references to the illness as African are problematic.