THE color of your urine can change throughout the day and most of the time it should be a pale straw shade.

But as temperatures rise in the UK and many of us do our best to stay hydrated – it’s keep to keep an eye on the tint of your pee.

Brits are still basking in hot temperatures this week and some areas are set to reach 28C.

Experts have predicted that we could be in for at least four more heatwaves before the end of summer.

Last week a level 3 weather warning was issued as Brits were encouraged to drink plenty of fluids and avoid excess alcohol.

Staying hydrated in the hot weather is key as it can prevent you suffering from issues like heat exhaustion or heat stroke. 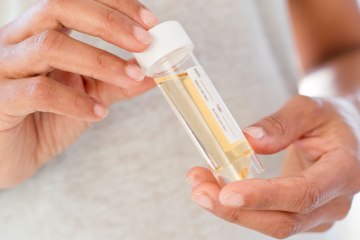 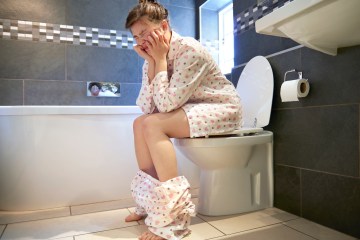 One way to make sure you aren’t dehydrated is to check the color of your urine.

But many Brits aren’t reaching their H2o goals and research found that half of Brits don’t know how much water they should be drinking – which is 6-8 glasses each day.

New research from Highland Spring found that those aged 45-54 are the most hydrated with two thirds saying their urine resembles the two lightest shades in the hydration guide above.

On the other hand, 25 to 34-year-olds should be drinking more with almost 7 in 10 admitting their pee resembles the darker shades.

As a general rule it should be pale straw in color – that indicates you are well hydrated and healthy.

But if it’s a dark yellow, with a strong smell, it’s a clear indication you are dehydrated.

Urine is mainly water and contains chemicals that the body wants to get rid of.

Dr John S. Young, Associate Professor in Urology said the color of your pee depends on how much and when fluids are consumed.

This is the optimum color – not too light and not too dark.

If your wee is this color you are drinking enough water and your kidneys are functioning well.

The golden straw color of your pee is caused by a pigment your body makes called urochrome, which make up part of the waste products in your wee.

If your wee is a dark color it indicates you aren’t drinking enough water – you’re dehydrated.

Dehydration can cause fatigue, headaches and nausea and can have more serious health consequences for the very young and elderly.

The affects can be both physical, resulting in lethargy, and mental, causing lack of concentration.

Your body needs water to maintain healthy function in your organs, so be sure to drink your six to eight glasses a day.

Speaking to Tena, Dr Young said that if your urine is red, then it’s likely down to medication.

This could be from taking an antibiotic used to treat tuberculosis such as rifampin or if you take phenazopyridine which is taken by people who are in pain caused by a urinary tract infection.

He said that laxatives can sometimes contain senna, which would also turn your pee red.

When should I see a doctor?

Dr Young said you should seek medical attention if you notice a change in your normal urine color.

He said if these changes coincide with changes in medication, then you should check the information that comes with it to check whether or not it is a side effect.

Alongside this – you should also consider if you have eaten anything new.

He added: “Otherwise, it’s sensible to consult a healthcare practitioner, just to be on the safe side.

“Red, pink or brown urine usually suggest that something is wrong – though, in most cases, it’s something that’s easily treatable.”

Again, your pee would be these colors down to medications such as Amitriptyline, which is used to treat a number of mental illnesses.

Dr Young added: “Blue urine can be a sign of excessive calcium levels caused by a genetic condition called familial benign hypercalcemia, or of a UTI caused by a type of bacteria called pseudomonas.”

Medication used for bladder infections called nitrofurantoin can be the cause of dark urine.

Dr Young said red or brown urine indicates blood in the urinary tract, resulting from infection, stones in the kidney or bladder, cancer or conditions such as interstitial cystitis and painful bladder syndrome.

If your pee is orange then Dr Young said this can be caused by liver disease or a problem with the bile duct.

Smelly urine is usually present if you have a urinary tract infection.

Urine that is foamy means that protein is present and could be a sign of kidney disease.